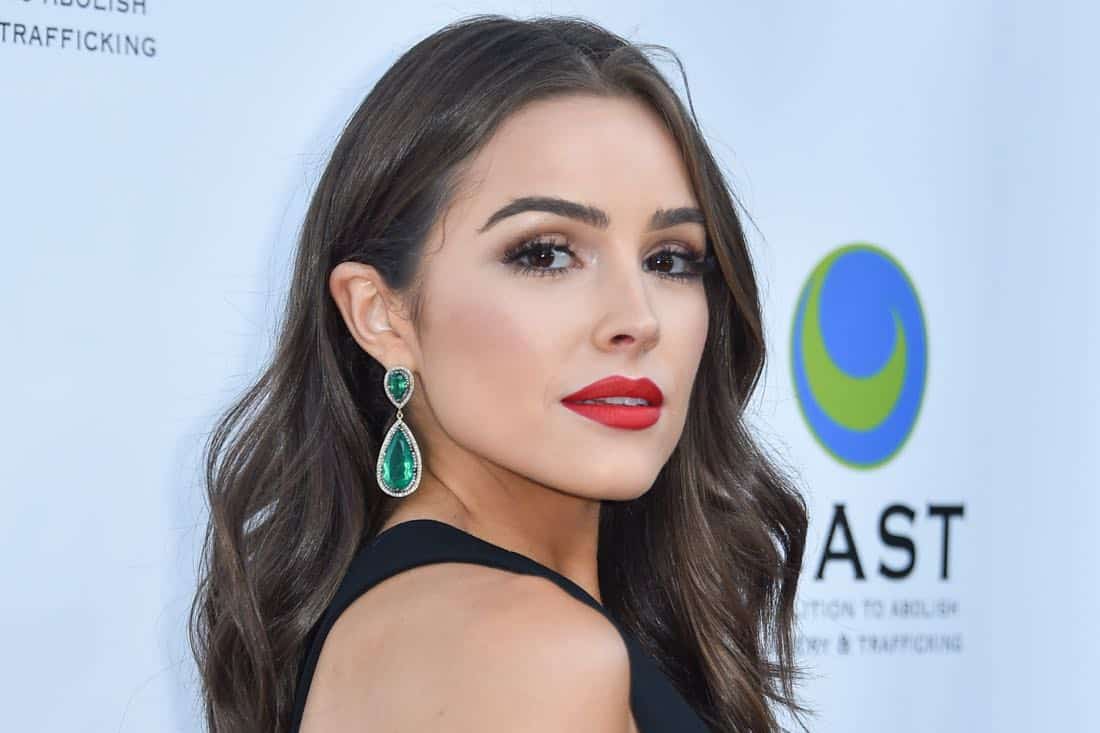 E! greenlights a new one-hour, eight-episode docu-series Model Squad , which follows some of today’s most high-profile and in-demand supermodels within the high-stakes fashion industry, including Daniela Braga, Olivia Culpo, Hannah Ferguson, Ping Hue, Nadine Leopold, Caroline Lowe, Ashley Moore, Shanina Shaik and Devon Windsor. Having graced the pages of Vogue and Sports Illustrated, landed campaigns for Balmain and Givenchy, and walked the coveted Victoria’s Secret fashion show, these ladies have taken the fashion world by storm. However, these women did not get to where they are today without hard work, dedication and perseverance. Produced by Trooper Entertainment in association with Lionsgate and co-produced by IMG, The new series offers an authentic look as they learn to live, love and conquer the Big Apple, and captures the emotional highs and lows of navigating their complicated world.  Additionally, the network will air a preview special, “Model Squad: Fashion Week,” on Monday, February 12th at 10 PM ET/PT with the series to launch later this year.

“The women of ‘Model Squad’ have achieved incredible success at a very young age,” said Amy Introcaso-Davis, Executive Vice President of Development and Production, E!. “This series gives our viewers an exclusive front row seat as they watch real top models compete against and support each other through the triumphs and the challenges of the mega-pressure world of high fashion.”

“We are thrilled to extend our partnership with E!,” said Jennifer O’Connell, Lionsgate EVP of Alternative Programming. “Captained by executive producer Dave Caplan, Model Squad represents how Lionsgate alternative programming seeks out and works with the best in the business, and in this case, women who are at the top of the modeling game.”

“I am excited to document the drive and ambition of these young women at the top of their industry,” said Executive Producer Dave Caplan.  “With supermodels at the forefront of pop culture, the series could not have a better home than on E!”

Discovered in her native São Paolo, Brazil, Daniela received her big break in the Givenchy campaign in 2012, shot by photography duo Mert & Marcus. In 2013, Daniela caught the attention of Victoria’s Secret and has walked in their annual fashion show ever since. Daniela is a frequent collaborator with the iconic French fashion house, Balmain and has become the muse to their creative director, Olivier Rousteing. Additionally, Daniela has become a favorite of fashion legend Carine Roitfield and is often featured in CR Fashion Book. Daniela has appeared on covers of V Magazine and Harper’s Bazaar and featured in several notable publications including British Vogue, ELLE, Glamour and L’Officiel.

As a student at Boston University, Olivia entered the Miss Rhode Island competition on a whim, went on to win and also took the crown in Miss USA and Miss Universe in 2012, making her the first US contestant to win Miss Universe in 15 years. Since then, Olivia has worked with several top fashion brands including Cartier, Tod’s, Timex and L’Oreal and has graced the covers of magazines including Hello! Fashion UK, Galore and Seventeen Latin America, amongst others. Olivia has built a strong social following on Instagram of 2.1 million followers by focusing her social content on her own passions for fashion, beauty and wellness.

The San Angelo, Texas native received her big break courtesy of the 2014 Sports Illustrated Swimsuit Issue. Not long after, Hannah caught the attention of Karl Lagerfeld and went on to star in Chanel’s “Bleu de Chanel” fragrance commercial in 2015. Since then, the blonde beauty has appeared in editorials for Harper’s Bazaar, Carine Roitfeld’s CR Fashion Book and LOVE Magazine, including a feature spot in the publication’s advent calendar directed by Hype Williams. Most recently, Hannah fronted a Mario Testino-lensed editorial for the September 2017 issue of V Magazine emphasizing female strength and empowerment.

Austrian bombshell Nadine Leopold has graced the covers of numerous international editions of Glamour as well as Harper’s Bazaar Serbia, Grey Magazine and The Daily Summer. She’s also appeared in editorials for Marie Claire UK, Self and Elle Bulgaria. Most recently, she was photographed for two editorial spreads in Carine Roitfeld’s eponymous publication, CR Fashion Book. Nadine has sat for celebrated photographer Gilles Bensimon and starred in Botkier’s 2015 fall campaign. She newly made her runway debut courtesy of Phillip Plein’s resort 2018 show and walked in the subsequent spring/summer 2018 show. After appearing in commercial spots for Victoria’s Secret, Nadine walked in the lionized 2017 Victoria’s Secret Fashion Show in Shanghai.

Caroline Lowe, known for her all-American, girl-next-door glow, has starred in advertisements for Tommy Hilfiger, American Eagle and Aeropostle as well as Pantene and Soma Intimates. The budding actress has appeared in a number of on-screen projects, best known for her roles in How to Be Single and War Dogs. Additionally, Caroline co-starred in Funny or Die’s  Swimsuit Issue: Climate Change Edition alongside Hannah Ferguson and Erin Heatherton. Currently based in New York City, she can regularly be found snapping photos for her widely known Instagram account, for which she received a shout-out from GQ.com.

Ashley Moore hails from Oceanside, California but lived all across the country growing up because both of her parents were in the military. Before going to college, Ashley begged her mom to go to Los Angeles for two weeks to try and make it as a model. She went to various open calls and got turned away due to her height. However, she landed at Nous Model Agency, where she was eventually signed. Since then, Ashley has graced the cover of ARCADIA magazine and did editorial shoots for GQ, Seventeen, Cosmopolitan and Nylon, amongst others. She has also walked in an Alice & Olivia fashion show as well as shot various films, television series and commercials including Ross, Verizon and Lexus.

Melbourne, Australia native Shanina Shaik began her modeling career at age eight and received her big break in 2013, courtesy of the Victoria Secret’s Fashion Show. In addition to the aforementioned, select runway appearances include Chanel, Tom Ford and Stella McCartney, amongst others. Additionally, David Sims photographed her for a series of Sephora cosmetics promotions, and she has also appeared in advertisements for Smashbox and L’Oreal. Shaik has graced the covers of Harper’s Bazaar Singapore, Lurve and Sunday Life Australia magazines, and has appeared in editorial features for the international editions of Vogue, W and Interview.

St. Louis, Missouri native Devon Windsor was discovered by a local photographer at a bar-mitzvah party. She received her big break during the spring 2014 season upon appearing in over twenty international collections, including Prada and Christian Dior. She has also walked the runway for Bottega Veneta, Alexander McQueen and Chanel. Widely admired for her athletic physique, Windsor has fronted campaigns for Jean Paul Gaultier, Max Mara Studio, Leonard and Love Moschino. Select magazine covers include Vogue Turkey, 10, Oyster and Net a Porter’s The Edit. Craig McDean captured her for an editorial feature in Interview magazine, and she has also appeared in Vogue Germany, W, Teen Vogue, Pop and CR Fashion Book.

“Model Squad” is produced by Trooper Entertainment in association with Lionsgate TV and IMG with David Caplan, Will Staeger and Gennifer Gardiner serving as executive producers.