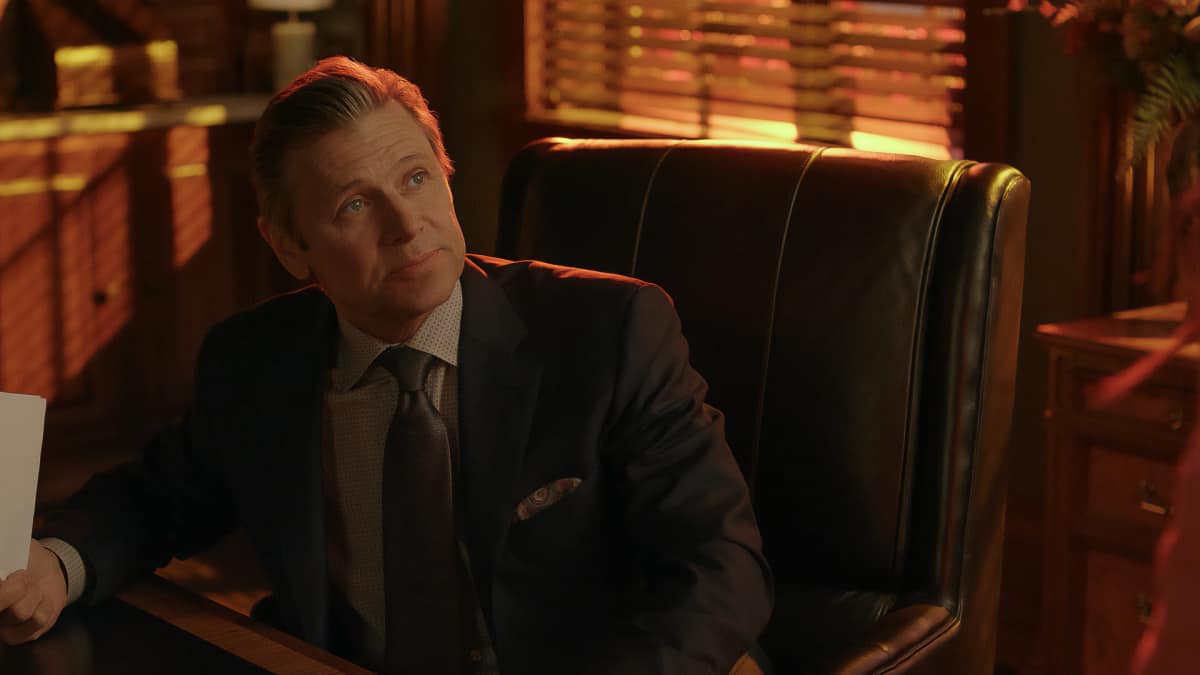 DYNASTY Season 5 Episode 6 Photos Devoting All Of Her Energy To Hate – A WORK IN PROGRESS – Fallon (Elizabeth Gillies) recruits Jeff (Sam Adegoke) to help with her next steps. Kirby (Maddison Brown) is ready to rejoin the modeling world but finds it not as easy as she anticipated, so Sam (Rafael de la Fuente) offers to help. Liam (Adam Huber) and Culhane (Robert C. Riley) run into a stumbling block and go to extreme measures to fix the situation. Meanwhile, Blake (Grant Show) takes matters into his own hands. Also starring Daniella Alonso, Sam Adegoke, Michael Michele and Eliza Bennett. The episode was written by Liz Sczudlo and directed by Brandi Bradburn (#506). Original airdate 4/1/2022.

It’s a Christmas wish come true! Season’s Greetings from Season Five of DYNASTY, back to give you the best present of all: more Carrington drama. After Eva, Fallon’s (Elizabeth Gillies) scorned and lovesick assistant, shot her, Fallon lay bleeding out on the campaign gala floor with her marriage to Liam (Adam Huber) also circling the drain. Will she survive the internal damage? Will her marriage survive the external damage? It’s anyone’s guess…

Also racing for his life – electorally speaking – Blake (Grant Show) steadily built a lead in the Georgia Senate race, thanks to Cristal (Daniella Alonso) employing a little Carrington manipulation of her own. This season, the marriage starts off in rough waters, but soon hits smooth sailing as Cristal finds herself at the helm of a new position of power. With Blake’s airline soaring, it may be time for Blake and Cristal to consummate their marriage by joining together as one… business. The problem is, in this world, amassing more power just makes you more of a target for the people waiting to take you down.

Now adorned in her finest prison orange, Alexis (Elaine Hendrix) finds herself behind bars for a crime she didn’t commit. While one child – Adam (Sam Underwood) – clearly was more involved than he’s letting on, another child – Amanda (Eliza Bennett) – does her best to exonerate her mother. A game of cat and mouse ensues as Amanda looks to settle some scores with Adam, leading to a season-long rivalry. As Adam builds up his new company this year, Amanda will do whatever she can to make him suffer.

Meanwhile, while Jeff (Sam Adegoke) is no longer going into outer space, he’s still going into dangerous places. He soon finds himself in the midst of a dangerous war that he’s not sure he can win. At the same time, Dominique (Michael Michele) looks to expand her reach in the fashion industry, giving Kirby (Maddison Brown) another chance to return to a career that almost destroyed her. Culhane (Robert C. Riley) sets out to find an everlasting love and Sam (Rafael de la Fuente) opens his heart only to uncover a devastating family secret.

This season is all about legacy and what it means to leave something worthwhile behind. As we head towards our 100thepisode, there will be no shortage of caviar and champagne, hair-pulling and pageantry, and maybe even a few new faces with old secrets ready to solidify their own dynasty.