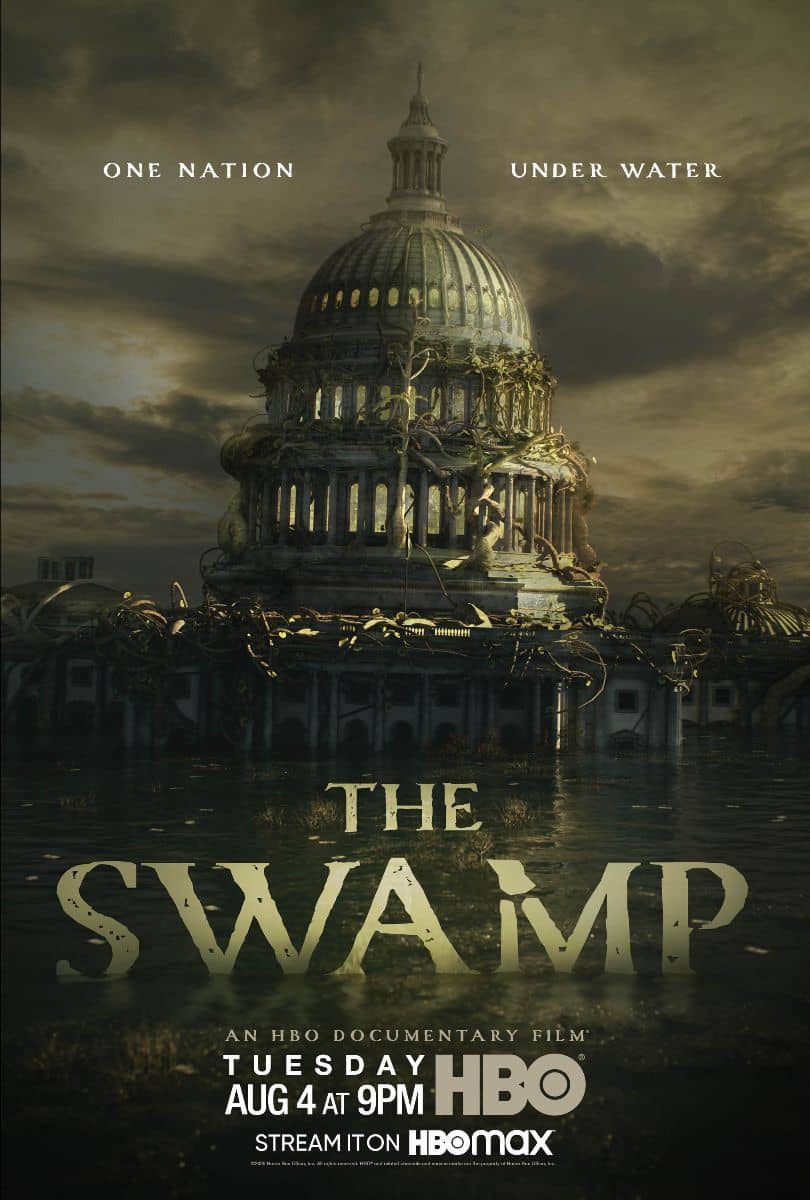 THE SWAMP, debuting TUESDAY, AUGUST 4 (9:00-10:55 p.m. ET/PT), provides a look behind the curtain of Washington politics by following three renegade Republican Congressmen as they bring libertarian and conservative zeal to champion the President’s call to “drain the swamp,” while facing demands to raise money for their re-election campaigns and the Republican national party. Directors Daniel DiMauro and Morgan Pehme (“Get Me Roger Stone”) track Republican Congressmen Matt Gaetz (R-FL), Thomas Massie (R-KY), and Ken Buck (R-CO) over the course of a pivotal year in politics, demonstrating the breadth and grip of a system that rewards fundraising above all else, plaguing Congress on both sides of the aisle. With unique behind-the-scenes access to the inner workings of the House of Representatives amid major breaking news events, including the Mueller hearing and President Donald Trump’s impeachment proceedings, the film presents a revealing look at the core democratic institution of American government.

Following the politicians over the course of 2019, the filmmakers took a cinema verité approach to exploring the realities of Congressional work in a dysfunctional system. With unfettered access to Gaetz, one of President Trump’s closest allies in Congress; Massie, who is known in Washington as “Mr. No” due to his independent voting record; and Buck, a founding member of the ultra-conservative House Freedom Caucus; the filmmakers trail the members as they navigate the potentially corrupting realities of their fundraising requirements, while providing honest insight into the intoxicating nature of the power they wield. Through candid interviews and revealing scenes beyond the usual news coverage, THE SWAMP highlights how the prevalence of lobbyists and special interest groups in Washington can influence policy based on financial contributions and how Congressmembers’ ability to get key committee assignments depends on how much money they are able to bring in, reflecting both their rank and their ability to affect legislation.

Rounded out by the perspectives of a diverse group of Congressmembers, their staff members, and political advocates, including Congressmen Ro Khanna (D-CA), John Sarbanes (D-MD), former Congresswoman Katie Hill (D-CA) and Harvard Law Professor Lawrence Lessig, THE SWAMP brings new insight into the daily lives of our elected officials and explores what it would really take to reform Congress.