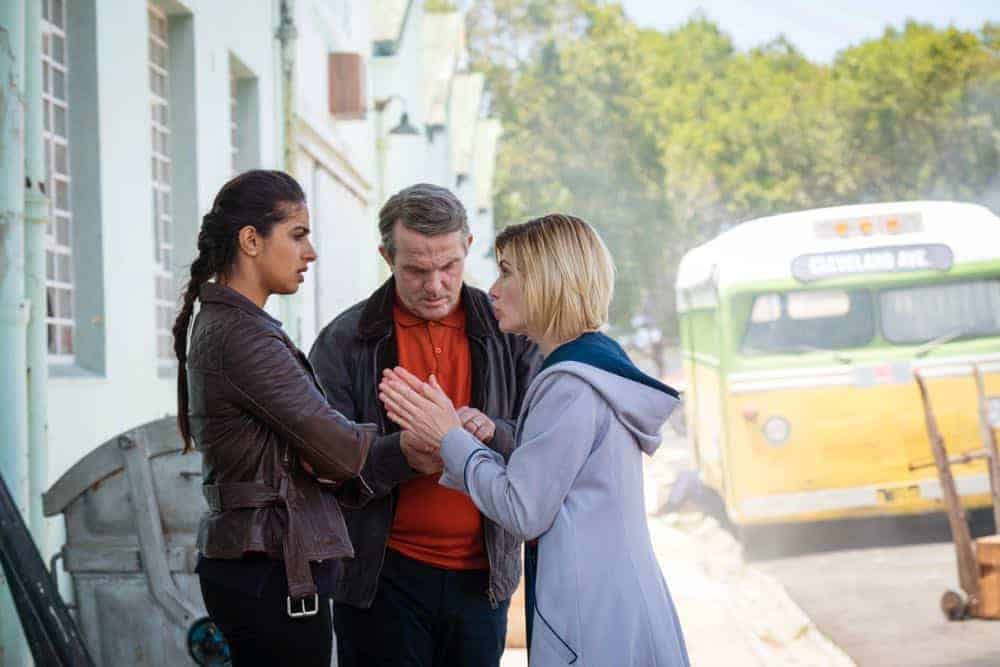 DOCTOR WHO Season 11 Episode 3 Photos Rosa. – EPISODE THREE – ROSA – SUNDAY, OCTOBER 21, 8/7c
“If she can live here her whole life, a couple of hours ain’t gonna kill me. They ain’t gonna kill me, right?” Montgomery, Alabama. 1955. The Doctor and her friends find themselves in the Deep South of America. As they encounter a seamstress by the name of Rosa Parks, they begin to wonder: is someone attempting to change history?

With a new Doctor (Jodie Whittaker) and new friends Ryan (Tosin Cole), Yasmin (Mandip Gill) and Graham (Bradley Walsh), this first season from new showrunner Chris Chibnall and executive producer Matt Strevens welcomes back fans and invites those who are new to Who. The new season is packed full of action, humor, emotion, and adventures through space and time. Doctor Who is a BBC AMERICA co-production with BBC Studios.