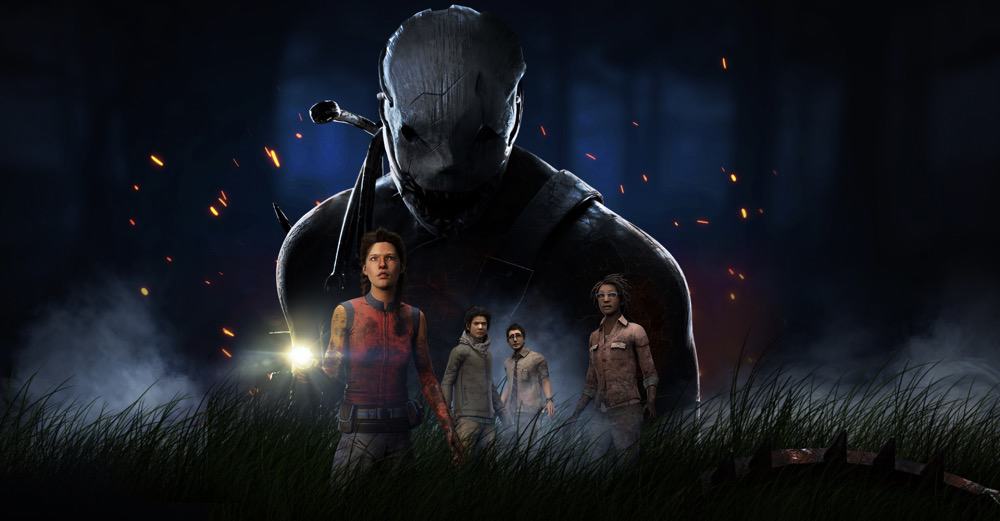 Behaviour InteractiveTM is thrilled to be teaming up with Crypt TV to introduce three new outfits for Dead by Daylight available in the in-game store.

Crypt TV is a digital brand aiming to create the next generation of iconic monsters through its online horror content.

“Dead by Daylight is a labor of love, an homage to horror written by a bunch of passionate fans. We found the exact same thing at Crypt TV,” says Mathieu Côté, Game Director on Dead by Daylight. “The characters they created are so wonderful and upsetting, it was a perfect fit for the realm of the Entity. I know our fans will go crazy for the new collection Crypt TV has brought to us.”

The Huntress as The Mordeo

The Mordeo are a race of demons that are created when humans resort to cannibalism in a special section of the woods.

Let the Huntress transform into a mythical demoness thanks to this legendary set which features the Skull of Flesh-Eaters Head, the Queen’s Shroud and a very special weapon, Insatiable Hunger, dipped into her enemies’ blood.

The Doctor as The Look-See

The Look-See is an entity that preys on those unable to move on from their grief.

Transform The Doctor into The Look-See with a legendary outfit that includes The Sinister Grin Head, a humanoid face devoid of any features let alone a twisted and corrupted grin, The Dark Suit, a shredded version of a clean-cut blazer and shirt and a terrifying new weapon: The Chance Wrench.

The Hag as The Birch Witch

The Birch is Crypt TV’s most popular character to date and the main protagonist of the hit Facebook Watch series of the same name. The Birch, is a sentient tree, a vengeful protector of those with love in their hearts.

Dress The Hag in this mix-and-match outfit, comprised of the Knotted Crown, damp soil and roots sprung from the ground, Bark Crust, a body made of bark and her weapon: the Gnarled Talon.

For the first time in Dead by Daylight’s history, the Crypt TV Collection outfits can be purchased using Iridescent Shards, one of the game’s progression currencies.

“Crypt’s IP has grown successfully into TV, and now seeing those characters expand into Dead by Daylight, one of horror’s biggest video games, is very exciting, says Jason Blum, Blumhouse CEO & founder. “Dead by Daylight and Crypt have passionate fans, and I’m sure the community is going to love playing as The Birch, Look-See & The Mordeo.’

“Crypt fans have been asking for our characters to be featured in Dead by Daylight in the comment section for years which makes this Crypt x Dead by Daylight collection so rewarding,” mentions Eli Roth, co-founder of Crypt TV. “Dead by Daylight has inspired millions of players and has some of the best horror crossovers in all of gaming. We can’t wait to see the reaction of Crypt fans and Dead by Daylight fans and for these two communities to come together.”

Tune in to a very special Around the Campfire livestream on May 13th at 2pm EST, where members of the Dead by Daylight team will be joined by Crypt TV’s Alyssa Onofreo and Horror YouTuber Dead Meat for some live Dead by Daylight gameplay featuring the new Crypt TV outfits.

About Dead by Daylight™

Dead by Daylight is the hit 4v1 asymmetrical multiplayer horror game from Behaviour™ Interactive where 1 crazed killer hunts 4 friends through a terrifying nightmare. Dead by Daylight boasts more than 30 million players both globally and across all platforms.For more information, please visit deadbydaylight.com.

Behaviour Interactive, Canada’s largest independent game developer and publisher, was founded in 1992. The company boasts more than 700 employees in its Montreal studio. With its award-winning original IP Dead by Daylight™ and the strategy RPG Game of Thrones Beyond the Wall™, Behaviour continues to grow as a leading global developer. Behaviour counts amongst its partners some of the world’s most renowned brands including Activision, Microsoft, Nintendo, Sony, Ubisoft and many more. For more information visit: bhvr.com.

Crypt TV is a genre brand and television studio creating the next generation of iconic monsters. Crypt’s shared universe of original characters has over two billion views and a community of over fourteen million primarily Millennial and Gen Z fans across its social network. Launched in 2015, Crypt was co-founded by CEO Jack Davis and filmmaker Eli Roth with Blumhouse Productions as an investor and key strategic partner. Since founding, Crypt’s monsters properties have become prolific, spawning five original series on Facebook Watch’s Television streaming platform, including THE BIRCH in its second season, and additionally featured on Netflix’s Anthology series DON’T WATCH THIS, and the studio’s monsters can be found in theme parks such as Universal’s Halloween Horror Nights and Knott’s Scary farm. Crypt makes original YA supernatural drama for the top Hollywood studios and networks while, in addition, continuing to grow it’s fanbase direct to consumers through its social platforms, advertising business and online store. Crypt TV can be watched everywhere @CryptTV and @CryptMonsters.