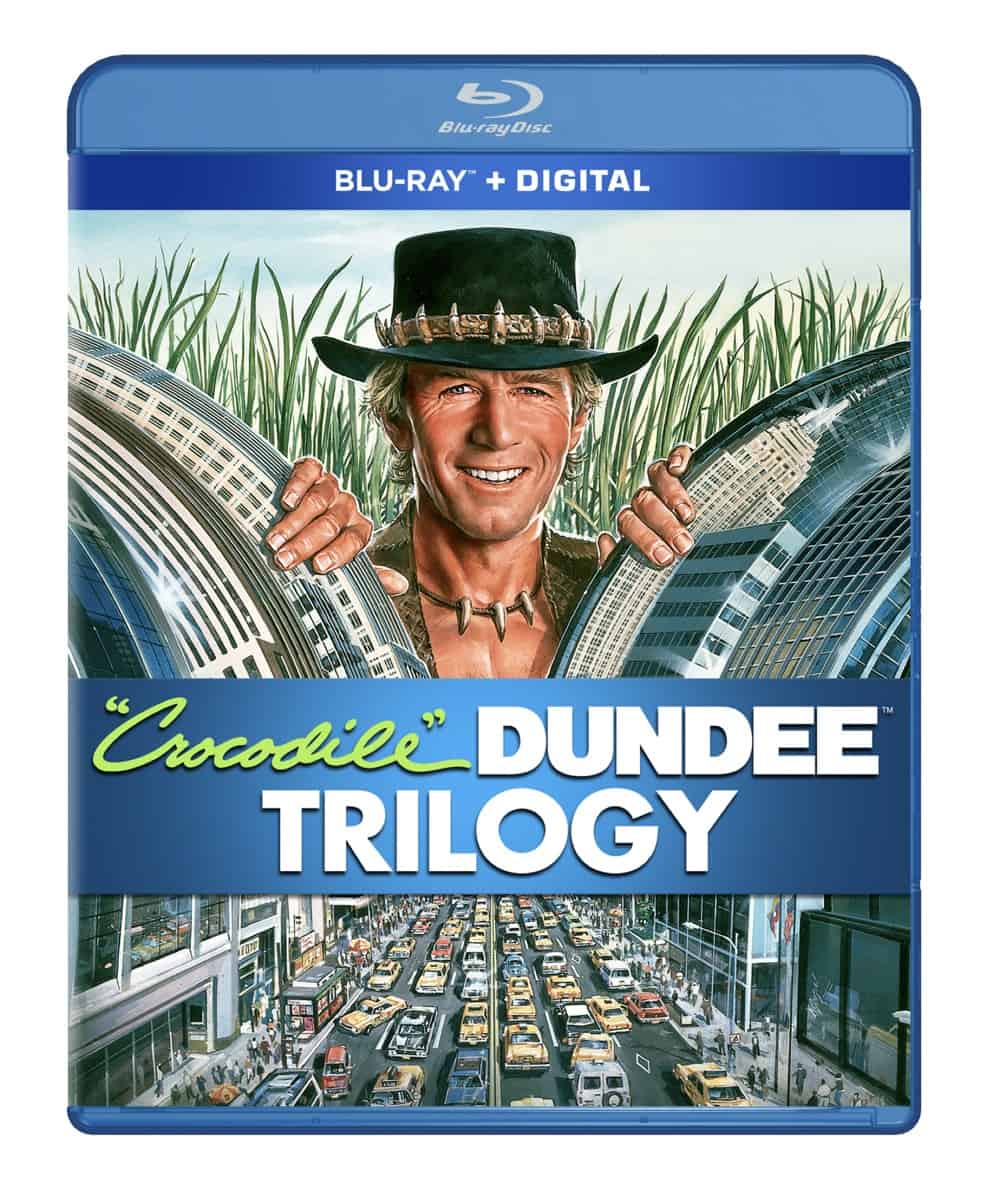 Say g’day to Michael J. “Crocodile” Dundee (Paul Hogan), the eccentric Australian crocodile hunter who won the hearts of fans around the globe when he made his feature film debut in “Crocodile” Dundee, which celebrates its 35th anniversary this year.  Originally released on September 26, 1986, the film earned over $328 million worldwide and spawned two sequels: “Crocodile” Dundee II and “Crocodile” Dundee in Los Angeles.   Now, all three films will be available together in one Blu-ray collection when the “CROCODILE” DUNDEE TRILOGY debuts September 21, 2021 from Paramount Home Entertainment.

The “CROCODILE” DUNDEE TRILOGY includes all three films in high definition, along with access to digital copies of each:

Paul Hogan’s hilarious, endearing performance made “Crocodile” Dundee the #1 comedy at the U.S. box office in 1986, surpassed only by Top Gun in ticket sales.  Michael J. “Crocodile” Dundee (Hogan) is a free spirited Australian who hunts crocodiles with his bare hands, stares down giant water buffaloes, and drinks mere mortals under the table. But he’s about to face the ultimate torture test—a trip to New York City.  The Blu-ray also includes the theatrical trailer in HD.

Just as the eccentric Australian is starting to adjust to life in New York City, Dundee (Paul Hogan) and his girlfriend (Linda Kozlowski) are targeted by a gang of ruthless drug dealers. Dundee evens the odds by leading the big-city hoods into the treacherous Australian outback.  The Blu-ray includes a previously released behind-the-scenes featurette in standard definition and the theatrical trailer in HD.

He’s wrestled crocodiles Down Under and fought crime in New York, but can Michael J. “Crocodile” Dundee swim with the sharks in L.A.?  Paul Hogan returns as “Crocodile” Dundee in this hilarious third installment of the beloved film series, making its Blu-ray debut.  The disc also includes a previously released “Making of” featurette and the theatrical trailer in standard definition.