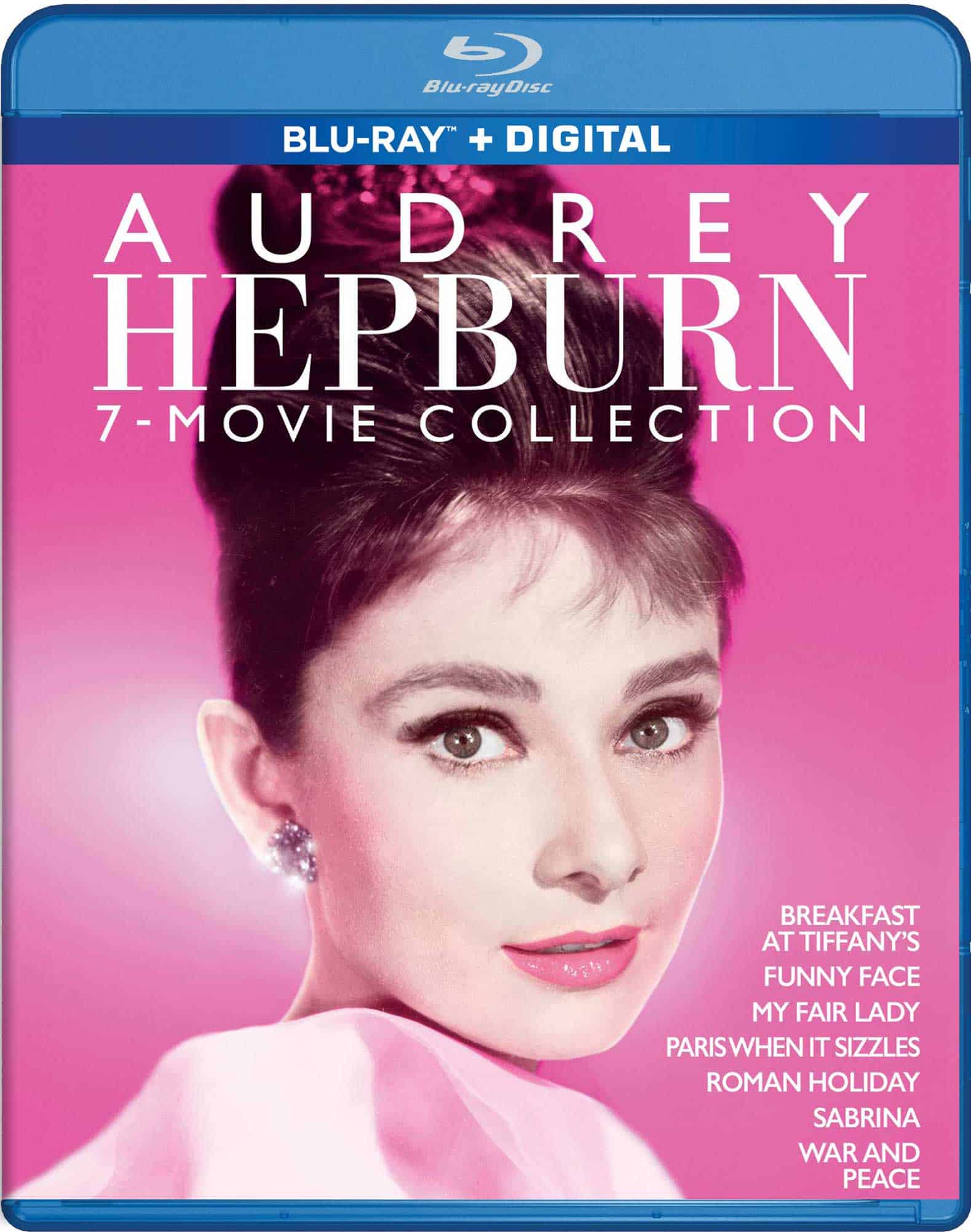 Timed to coincide with the 60th anniversary of the beloved classic Breakfast at Tiffany’s, which was originally released on October 5, 1961, this must-own collection sparkles with luminous performances from Hepburn in My Fair Lady, Funny Face, Sabrina, Roman Holiday, Paris When It Sizzles, War and Peace, and, of course, Breakfast at Tiffany’s.  The Collection also includes access to Digital copies of each film and the legacy bonus content detailed below.

Based on Truman Capote’s best-selling novella, Breakfast at Tiffany’s captured the imagination of audiences everywhere and made an indelible impact on movies, fashion and society at large.  In director Blake Edwards’ timeless classic, Hepburn’s intoxicating New York party girl Holly Golightly embarks on a wildly entertaining, comedic adventure to find love in the big city.

Winner of eight Academy Awards®*, including Best Picture, My Fair Lady also won the Best Picture- Musical/Comedy Golden Globe® and was selected for the Library of Congress’ National Film Registry.  Adapted from the Broadway stage hit, the film stars Rex Harrison as Professor Higgins, a role that earned him the Oscar® for Best Actor in a Leading Role, and Audrey Hepburn as the unforgettable Eliza Doolittle.

Set against the luminous backdrop of the timeless City of Lights, the classic tale filled with dazzling fashion, music and romance stars the enchanting Audrey Hepburn as a bookstore clerk turned modeling sensation and Fred Astaire as the photographer who discovers her.  Funny Face was the only pairing of the two stars and remains an irresistible love letter to Paris in the 1950s.

Screen legends Humphrey Bogart and William Holden are the mega-rich Larrabee brothers of Long Island, New York. Bogie’s all work; Holden’s all playboy. They have little in common…except that they’ve both taken notice of a beautiful, sophisticated young woman, possessing a delightful zest for living, suddenly in their midst — Sabrina Fairchild (Audrey Hepburn).

Audrey Hepburn lights up the screen in her first starring role opposite the charismatic Gregory Peck in this funny, beautiful, and intoxicating romantic comedy.  Ranked as the #4 greatest love story of all time by the American Film Institute, Roman Holiday earned 10 Academy Award® nominations**, including Best Picture, and won Best Actress for Hepburn, Best Costume Design for legendary designer Edith Head, and Best Writing for Dalton Trumbo.

Paris When It Sizzles

Audrey Hepburn reunites with William Holden in this delightful romantic comedy, making its Blu-ray debut.  Hepburn is Gabrielle Simpson, the captivating young assistant to screenwriter Richard Benson (Holden), who has three days to finish his movie. Together, they write and revise a romance/mystery as they envision themselves in the lead roles.

Paris When It Sizzles U.S. Rating: Not Rated

“ACADEMY AWARD®” and “OSCAR®” are the registered trademarks and service marks of the Academy of Motion Picture Arts and Sciences.