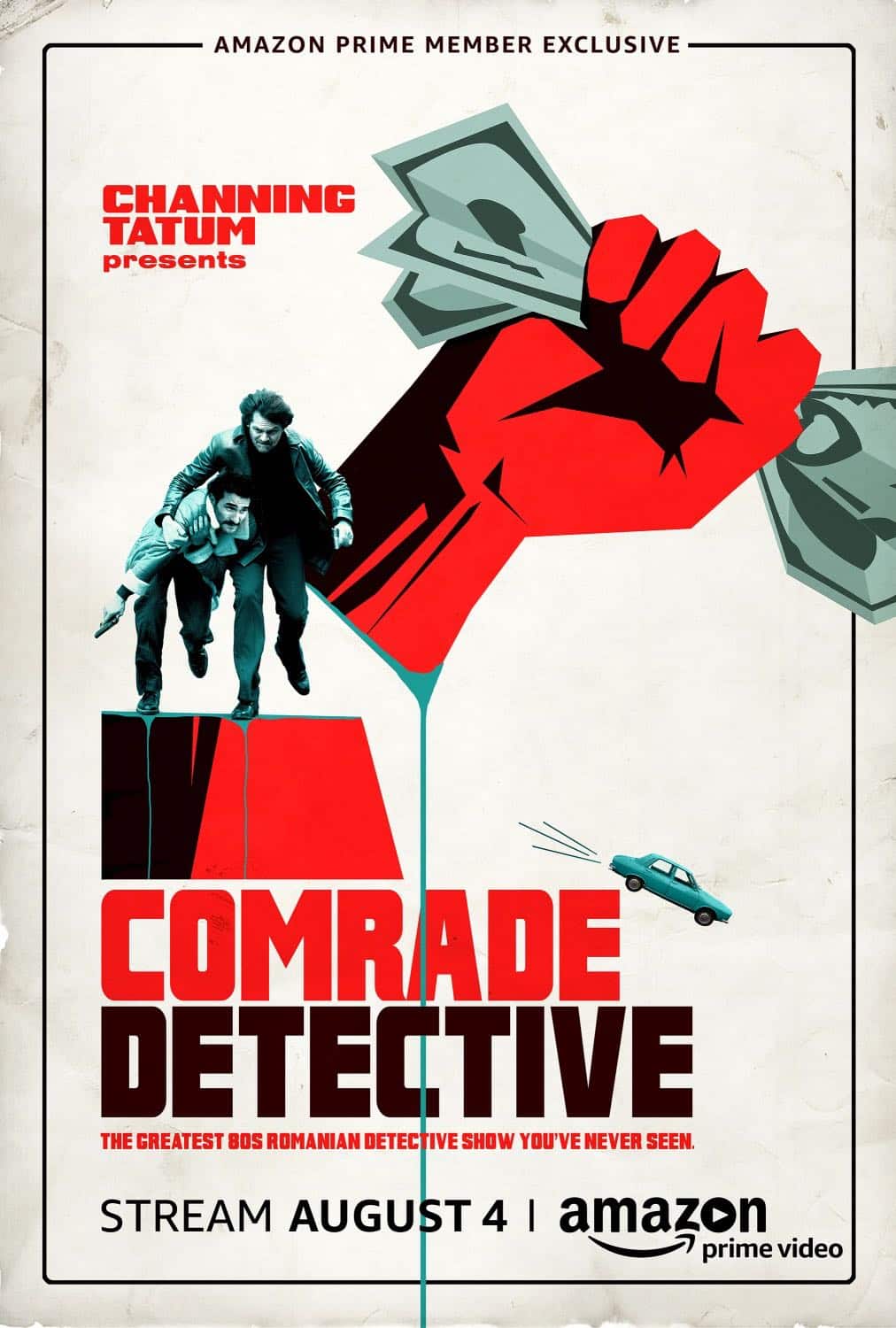 In the thick of 1980’s Cold War hysteria, the Romanian government created the country’s most popular and longest-running series, Comrade Detective, a sleek and gritty police show that not only entertained its citizens but also promoted Communist ideals and inspired a deep nationalism. The action-packed and blood-soaked first season finds Detectives Gregor Anghel (played by Piersic) and Iosef Baciu (played by Ulici) investigating the murder of fellow officer Nikita Ionesco and, in the process, unraveling a subversive plot to destroy their country that is fueled by—what else—but the greatest enemy: Capitalism. Though the beloved show was sadly forgotten about after the fall of the Berlin Wall, it has been rediscovered and digitally remastered now with its main heroes voiced by Tatum and Gordon-Levitt. Comrade Detective is a true portal into a time and place and a powerful reminder of what art can be—and it is now ready to be seen by the modern world on a larger scale than ever before.