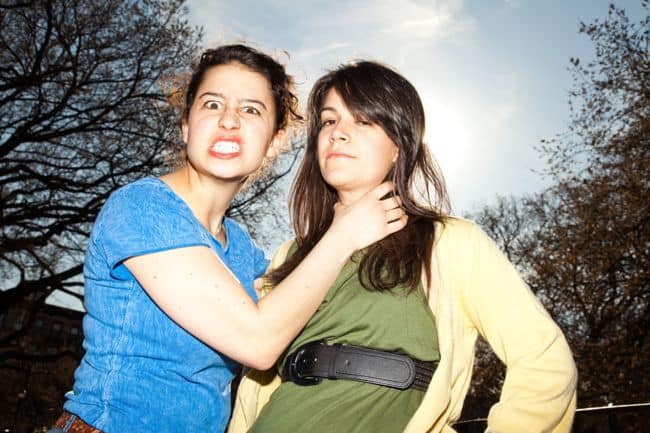 COMEDY CENTRAL has given a pilot order to Abbi Jacobson and Ilana Glazer, the comedy duo behind the urban-set web series “Broad City,” it was announced today by Kent Alterman, Head of Original Programming and Production, COMEDY CENTRAL.  The pilot will be based on the Jacobson/Glazer web series and will star the two Upright Citizens Brigade alums.  “Broad City” will be executive produced by Jacobson and Glazer, along with Amy Poehler (“Parks and Recreation”), Dave Becky and Sam Saifer.  Tony Hernandez is Co-Executive Producer.  Brooke Posch is the Executive in Charge of Production for COMEDY CENTRAL.

“Amy Poehler told me this would be a great show for us, and that’s good enough for me,” said Alterman.

“Broad City” follows two girls, played by Jacobson and Glazer, throughout their daily lives in New York City, making the smallest and mundane events hysterical and disturbing to watch all at the same time.  Referred to as “sneak-attack feminism” by The Wall Street Journal, their dynamic relationship, combined with their impeccable comedic timing and chemistry, has earned the two comedians praise from The New York Times, Time Out NY, The Fader, and AV Club, among others.  The series has been nominated for the ECNY’s “Best Web Series” award; Jacobson and Glazer also were nominated individually.