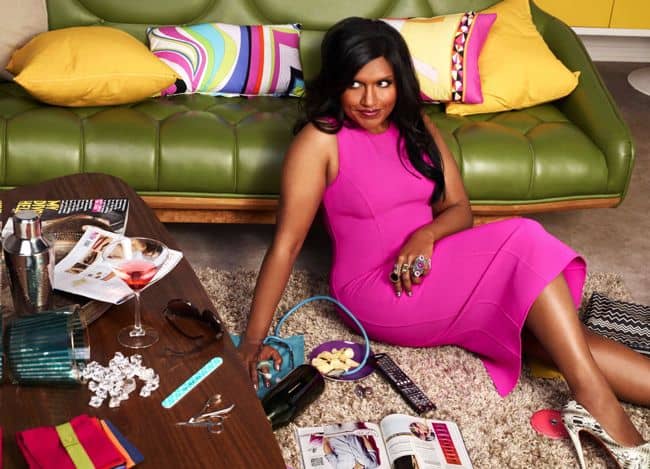 “BEN AND KATE and THE MINDY PROJECT have everything we want to stand for in comedy: smart writing, hugely appealing casts and comedy that feels contemporary and real – which is why we’re confident they will continue to build on what is already an appointment comedy night for young, influential audiences on Tuesdays,” said Reilly.

In tomorrow’s all-new episode of BEN AND KATE, “The Fox Hunt,” airing Tuesday, Oct. 9, (8:30-9:00 PM ET/PT) on FOX, BEN (Nat Faxon) and KATE (Dakota Johnson) discover an unopened envelope from 15 years ago that contains the yearly scavenger hunt their dad used to organize for them when they were kids. The find prompts them to complete the unfinished hunt, with BJ (Lucy Punch), TOMMY (Echo Kellum) and MADDIE’s (Maggie Elizabeth Jones) help, but raises old issues of sibling rivalry. Meanwhile, the scavenger hunt takes an unexpected detour when BJ enlists Kate to help get her belongings back from an old fling.

In the all-new “In The Club” episode of THE MINDY PROJECT airing Tuesday, Oct. 9 (9:30-10:00 PM ET/PT), SHAUNA (Amanda Setton) takes the office to the hottest nightclub in town, where MINDY (Mindy Kaling) meets an unlikely suitor (guest star Tommy Dewey) who works as a lawyer for the New York Knicks. Meanwhile, DANNY (Chris Messina) hits the dance floor, JEREMY (Ed Weeks) hits on a bride-to-be, and MORGAN (guest star Ike Barinholtz) unexpectedly makes some extra cash as the club’s bathroom attendant. Season to date, THE MINDY PROJECT is the No. 1 new comedy among Adults 18-34.

From writer/executive producer Dana Fox (NEW GIRL, “What Happens in Vegas”) and executive producer/director Jake Kasdan (NEW GIRL, “Bad Teacher”), BEN AND KATE follows a pair of odd-couple siblings – one, an overly responsible single mom; the other, an exuberant dreamer – and their friends as they push each other out of their comfort zones and into real life.

BEN AND KATE is produced by 20th Century Fox Television and Chernin Entertainment. The series is created and written by Dana Fox. The series is executive-produced by Fox, Peter Chernin, Katherine Pope and Jake Kasdan. “Like” BEN AND KATE on Facebook at www.Facebook.com/BenandKate. Follow the series on Twitter @BenandKateFOX and join the discussion at #benandkate.

Created and written by Mindy Kaling (“The Office”), THE MINDY PROJECT stars Kaling as a skilled OB/GYN trying to balance both her personal and professional life.

THE MINDY PROJECT is produced by 3 Arts Entertainment in association with Universal Television. The series is created and written by Mindy Kaling. Kaling, Howard Klein (“The Office,” “Parks and Recreation”), Matt Warburton (THE SIMPSONS) and Michael Spillman (“Modern Family”) are executive producers. “Like” THE MINDY PROJECT on Facebook at www.Facebook.com/TheMindyProject. Follow the series on Twitter @MindyProjectFOX and join the discussion at #themindyproject.