A stylish and compelling noir thriller, COLLATERAL received both critical and audience acclaim. Tom Cruise gives a chilling performance as Vincent, a cool, calculating contract killer at the top of his game. Jamie Foxx received an Academy Award® nomination* for his portrayal of Max, a cabbie with big dreams and little to show for it. The film showcases the actors as Max transports Vincent on his next job – one night, five stops, five hits and a getaway. And after this fateful night, neither man will ever be the same. 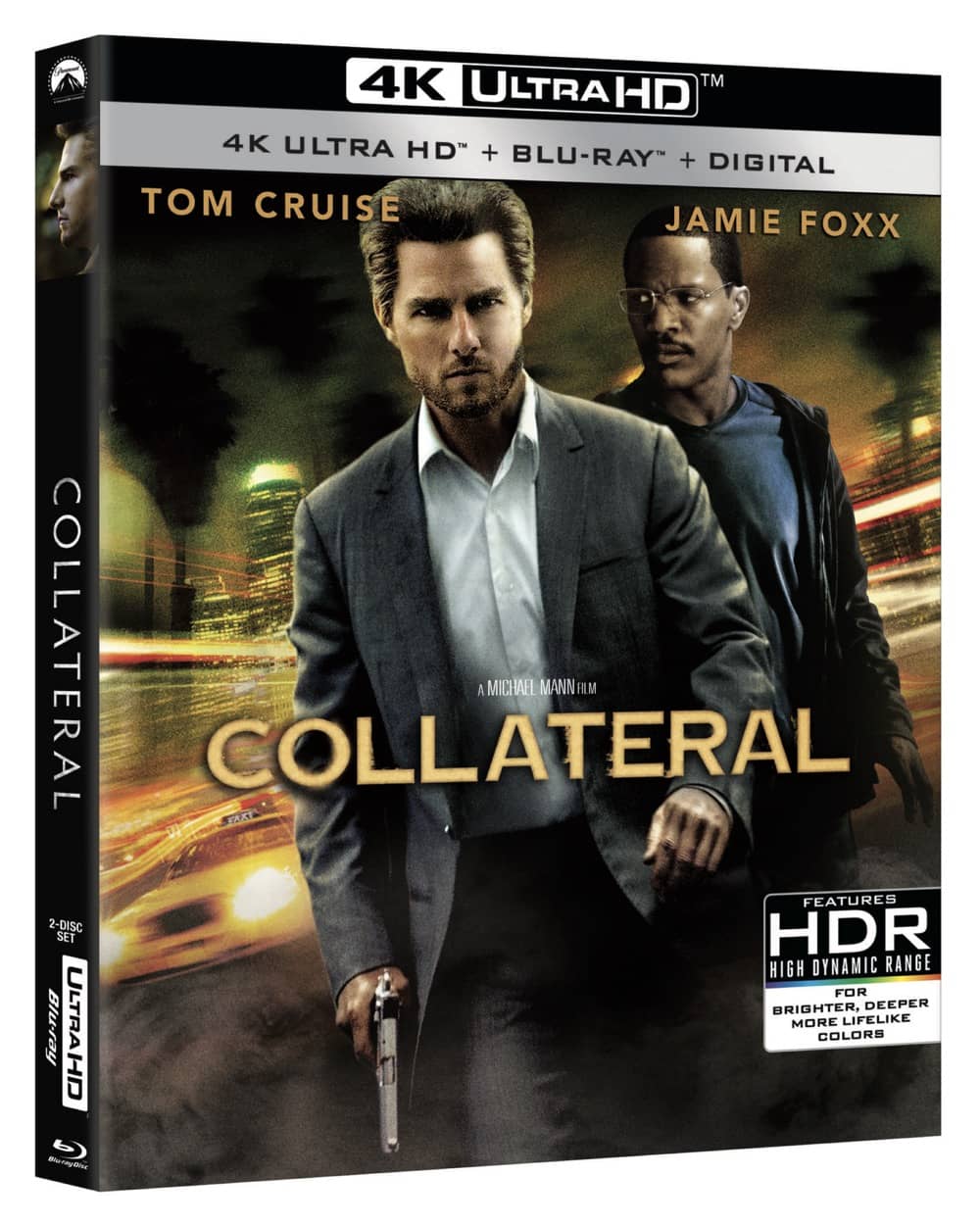