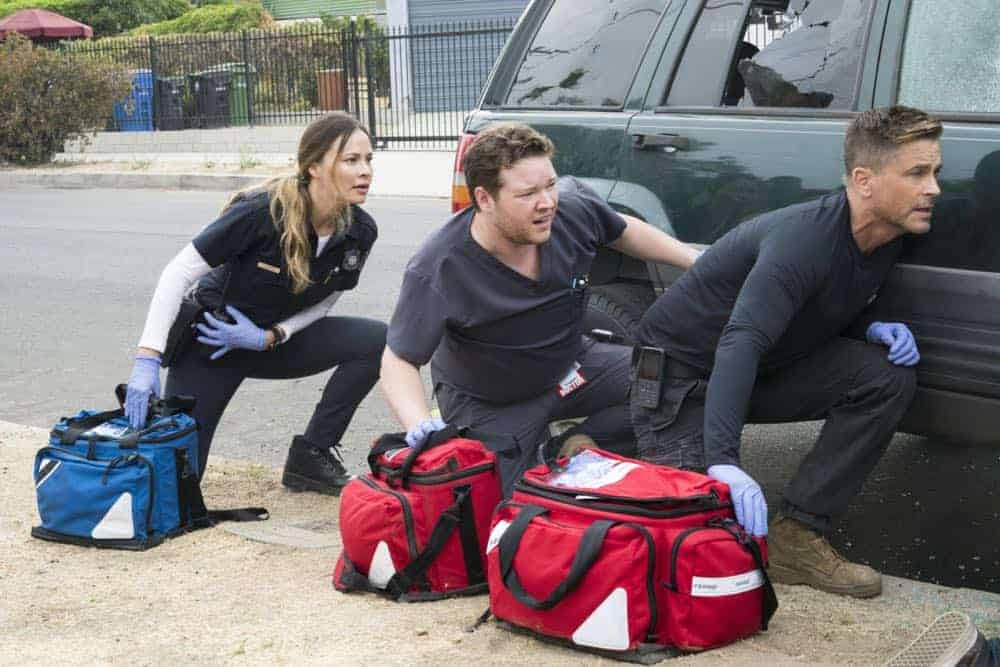 “Third Year” – A drug bust-turned-shootout tests the bravery of the doctors of Angels Memorial as they race to save a girl caught in the crossfire. Also, Willis (Rob Lowe) shifts his focus to field medicine, choosing to work primarily on an ambulance with his new partner, paramedic Rox (Moon Bloodgood). And Leanne (Marcia Gay Harden) begins her journey to adopt Ariel (Emily Alyn Lind), on the third season premiere of CODE BLACK, Wednesday, April 25 (10:00-11:00PM, ET/PT) on the CBS Television Network. CODE BLACK Season 3 Episode 1 Photos Third Year.