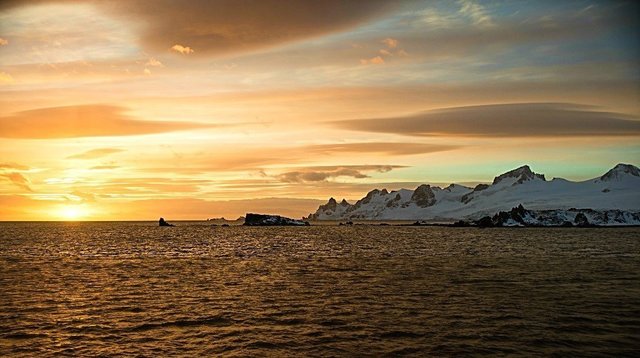 This month’s programming highlights on CNN International, including shows such as Quest’s World of Wonder, Expedition Antarctic and Race to Save the Reef:

Berlin is the king of diversity: a city of contrasts where subcultures thrive. Where the night-time economy dominates the daytime. Where the shadow of the past mingles with a young and creative population. Where the gritty walls of street art galleries look down on the glamorous performances of burlesque dancers. Where east and west are now united, and yet still stand apart. “Poor but sexy” is the phrase which became synonymous with this city, voted the best place for millennials, who champion its low rents, and nod along to its techno soundtrack.

On this month’s episode of Quest’s World of Wonder, Richard Quest makes his way through the German capital, learning from young and old about what makes this city such a special destination.

CNN’s senior correspondent Arwa Damon embarks on an epic month-long journey to the ends of the earth. Expedition Antarctic takes you about as far from anything, or anyone, as you can get. However, there are increasing signs of human interference.

Along with scientists, marine biologists and CNN photographer Brice Laine, Damon witnesses first-hand the stunning beauty and fragile landscape that hangs in the balance.

The icy waters of the Antarctic are becoming a battle ground about where to draw the line between profit and protection and the future of our planet could very well depend on what happens next.

On Race to Save the Reef, CNN’s senior international correspondent Ivan Watson travels to Australia’s Great Barrier Reef to witness the damage caused by climate change and to meet the scientists spearheading the campaign to save this beautiful but fragile environment.

The Australian government is pumping an unprecedented 400 million dollars into solutions to try to save the dying coral on the Great Barrier Reef, which is recovering from two mass bleaching events caused by climate change heating up the oceans. Some of the pilot projects scientists have proposed include a “coral IVF” to repopulate the reef, a remote-control submersible called RangerBot that culls coral-eating starfish, and even sun shields to protect the most vulnerable areas from increasing temperatures.

This month, Living Golf heads to Italy to meet Francesco Molinari following his recent victory in The Open at Carnoustie, where he held off the likes of Jordan Spieth, Rory McIlroy and Tiger Woods to become the first Italian player to win a Major Championship.

Lastly, the programme meets the man who put Italian golf on the map, Costantino Rocca. The 61-year-old is promoting the Senior Open Championship at St. Andrews, the site of his famous 65-foot holed putt on the final green to make the playoff of the 1995 Open Championship. Rocca attempts to recreate the putt and recounts other standout moments in a career that inspired many of today’s Italian golfers.

Inside the Middle East
Saturday 4th August at 1230 BST

After the phenomenal success of Black Panther, Marvel’s first superhero of African descent, Inside the Middle East asks: ‘How long before an Arab superhero goes mainstream and what will s/he looks like?’

On this month’s episode, CNN International delves into the world of fantasy to find the superheroes and heroines born and bred in the Middle East, waiting to burst from comic book anonymity to the silver screen.

Along the way, the programme meets the region’s animators and comic book writers whose work is now in the spotlight thanks to the conservation about race, gender and identity sparked by Black Panther.

For decades, Formula One has been a man’s sport, with few women behind the wheel or in important roles. In the sport’s history, six women have driven during grand prix weekends and only two of them participated in the race itself. Italian driver Lella Lombardi was the last… more than 40 years ago.

On this month’s episode of The Circuit, CNN International takes a look at some of the women making a name for themselves in the sport today, including Sauber’s test driver Tatiana Calderon, who hopes to end the four decade-long absence of women on the starting grid.

The programme also speaks to F1’s Global Director, Chloe Targett-Adams, who is now tasked with taking the sport to new markets; Nathalie McGloin, President of the FIA Disability Commission and Porsche Club Championship driver; former Williams driver Susie Wolff on her organisation Dare to be Different; and Aseel Al Hamad from the Saudi Arabian Motorsport Federation.