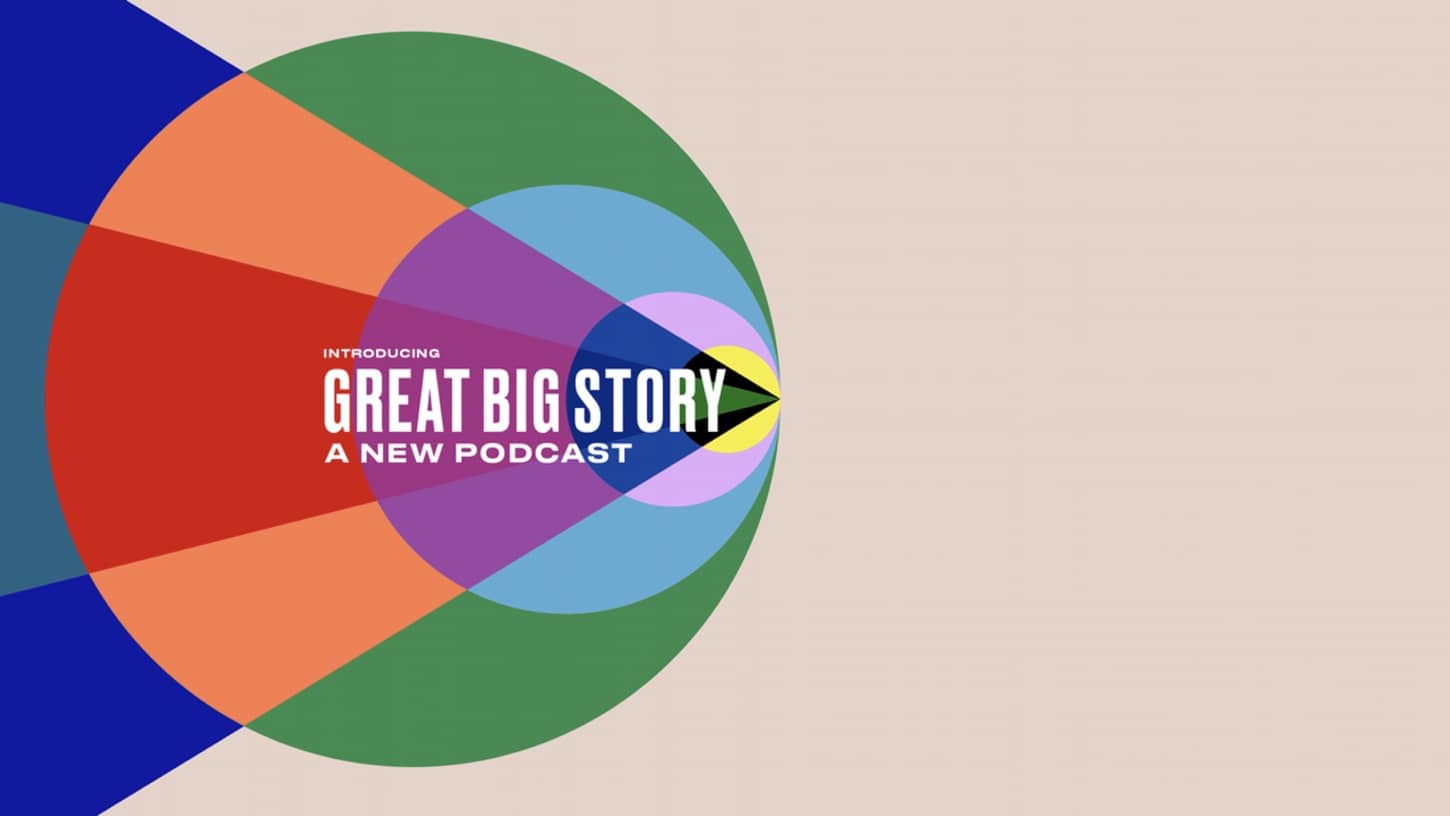 Today, CNN Audio further expands its podcast portfolio with the launch of Great Big Story—a new weekly podcast shining a light on the delightful, surprising, and jaw-droppingly awesome stories that emerge from every corner of the world. Each week, host Drew Beebe takes listeners to unexpected places including a trip to the moon, a secret man-made island, and the inside of the CIA headquarters.

The podcast is an expansion of the micro-docs, series, and films produced by CNN’s global media company, Great Big Story, which highlights the people, places and things that change the way we see the world – and each of our individual roles within it.

The first two episodes are now available to listen at cnn.com/audio, across mobile devices via CNN’s apps for iOS and Android, and on all major podcast platforms. Subsequent episodes will be released every Tuesday.

Episode One: Kryptos, the Uncrackable Code
Jim Sanborn created a sculpture containing a secret message, which sits on the grounds of CIA headquarters in Langley, Virginia. Code breakers from around the world have tried to solve the code for 30 years, but no one has cracked it. The artist meets with people like cryptologist Elonka Dunin who are desperate to solve the mystery at his Maryland studio every year. But Sanborn won’t divulge any clues. It’s too much fun keeping everyone guessing.

Episode Two: The Most Sampled Loop in Music History
What do Skrillex, David Bowie, Salt-N-Pepa and basically every drum and bass track have in common? They’ve all used the Amen break, a four-bar drum solo that has become the most sampled loop in music history. Recorded in 1969, the six second sample originates from the song “Amen, Brother” by The Winstons, a funk and soul group from Washington, D.C. For many years, the solo was buried deep in musical archives—that is until hip-hop pioneer Lou Flores, aka “Breakbeat Lou,” featured it on his compilation, “The Ultimate Breaks and Beats.” Once producers caught wind of the solo, it took off, going on to change music forever.

About CNN Audio
CNN Audio is the exclusive producer of audio content and podcasts for CNN Worldwide, creating listening experiences that are relevant, informative, and highly engaging for audiences to dig deeper in topical news and original enterprise storytelling. Find all CNN Audio content at www.cnn.com/audio.

About Great Big Story
Great Big Story is a global media company devoted to cinematic storytelling. Headquartered in New York, with a bureau in London, our studios create and distribute micro docs and short films, as well as series for digital, social, TV and theatrical release. Since our launch in late 2015, our producers have traveled to 100 countries to discover the untold, the overlooked and the flat-out amazing. Our stories engage and inspire tens of millions daily. For more information, visit www.greatbigstory.com.