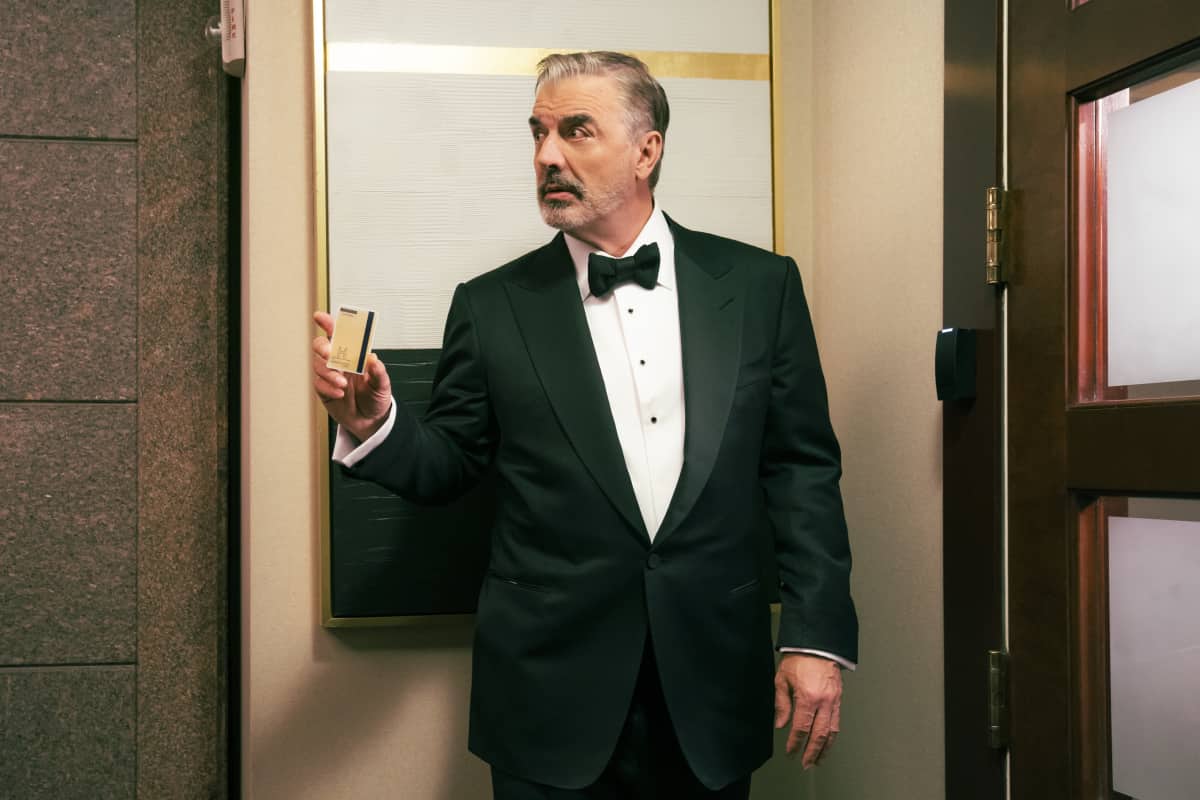 Chris Noth will reprise the role of “Mr. Big” in the Max Original series AND JUST LIKE THAT…

Michael Patrick King, Executive Producer, quote: “I’m thrilled to be working with Chris again on ‘And Just Like That…’  How could we ever do a new chapter of the ‘Sex And The City’ story without our Mr. Big?”

About Chris Noth: Two-time Golden Globe® nominee and SAG Award® nominated actor Chris Noth rose to prominence as “Detective Mike Logan” on the original “Law and Order,” where he spent five seasons before going on to set hearts aflutter as the iconic “Mr. Big” on HBO’s groundbreaking series “Sex and the City.” Noth garnered his first Golden Globe nomination for Best Actor in a Comedy playing the unattainable bachelor who gradually evolves into the love of Carrie Bradshaw’s life. Meanwhile, Mr. Big became a central point for the Carrie character and the series as a whole, with their tumultuous storyline launching two blockbuster movies “Sex and the City” and “Sex and the City 2,” in which he also starred. Next came a critically lauded turn as the flawed and powerful “Peter Florrick” opposite Juliana Margolis on the CBS hit drama “The Good Wife.” Noth’s complex performance earned him a second Golden Globe nod – this one for Best Actor in a Drama, as well as two SAG nominations for Best Ensemble. He recently starred opposite Sam Worthington and Paul Betany in Discovery’s “Manhunt: Unabomber” and the final season of the FX series “Tyrant.” Currently Noth can be seen on the popular CBS drama “Equalizer” opposite Queen Latifah.

Other television credits include the TNT original film “Bad Apple,” which he not only starred in but executive produced, as well as TNT’s epic miniseries “Caesar,” TNT telefilm “Exiled” and the BBC Series “Titanic: Blood and Steel.” He recently showed his comedic talents in “Catastrophe,” “VIP” (a hit show in Israel), and with his recurring role on “Dr. Who.”

Noth’s film credits include “Lovelace” with Amanda Seyfried and Peter Sarsgaard, “Elsa & Fred” with Christopher Plummer and Marcia Gay Harden, “Frankie Go Boom,” a pivotal role in the hit Sundance feature film “White Girl” for director Elizabeth Wood starring Morgan Saylor and the independent film “Chronically Metropolitan” with Mary Louise Parker. Noth’s other film credits include “My One and Only,” “Mr. 3000,” “Searching for Paradise,” “Double Whammy,” “Cast Away,” “Texas Funeral,” “Getting to Know You,” “The Broken Giant,” “The Confession,” “Cold Around the Heart” and “Naked in New York.”

The stage is Noth’s first love. Since graduation from the Yale School of Drama, he has appeared in numerous plays both on and off Broadway. Most recently he starred in the Atlantic Theatre’s Production of “Mother” opposite Isabelle Huppert. Prior to, he starred as “Faustus” in Classic Stage Company’s Off-Broadway production of “Dr. Faustus.” Notable Broadway credits include “That Championship Season” with Kiefer Sutherland and Jason Patric and Gore Vidal’s “The Best Man” with Elizabeth Ashley and Charles Durning, for which Noth received a Theatre World Award. Off Broadway Noth starred in the Atlantic Theater’s Production of “Farragut North” with John Gallagher, Jr and then again in Los Angeles at the Geffen Theater with Chris Pine. He also starred in “What Didn’t Happen” at the Playwrights Horizons, and “Arms and the Man” at the Roundabout Theater. He starred in “American Buffalo” at the Berkshire Theatre Festival and played “Hamlet” at the Shakespeare Festival in Stratford. He has also performed in plays at Yale Rep, The Manhattan Theater Club, Circle Rep, Taper 2 series at Mark Taper Forum and La Mama.

Noth has been the face of Biotherm Homme in Canada, he was GQ’s 2015 International Man of the Year, he is a supporter of the Rainforest Action Network and is co-owner of The Cutting Room, a well-known music venue in New York City that he opened in late 1999 with his friend Steve Walter. Noth is part owner of Ámbar Tequila.