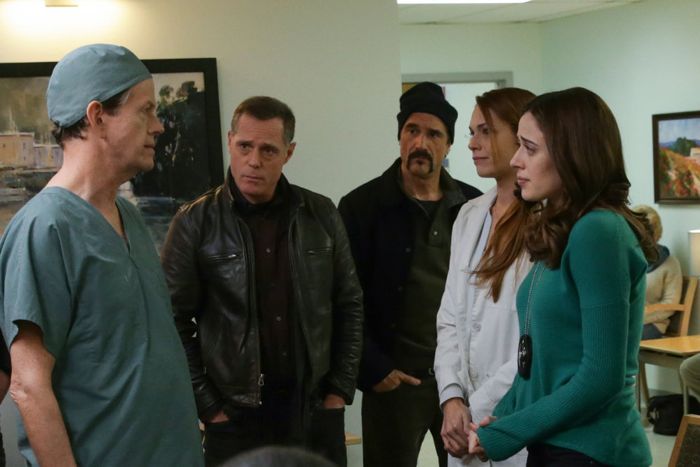 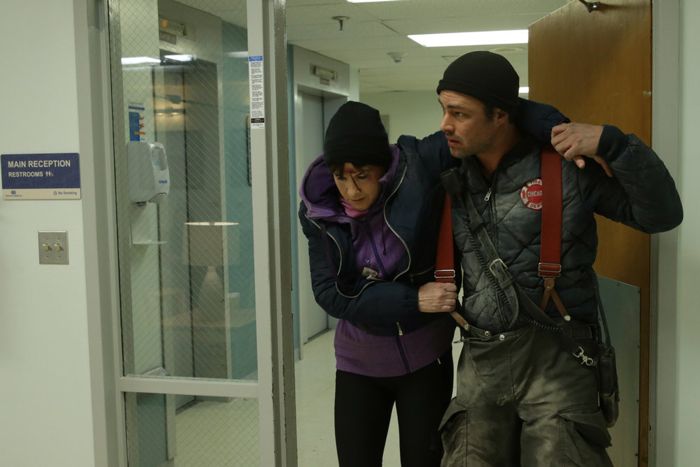 CHICAGO P.D. Episode 1.12 Photos 8:30PM : THE INTELLIGENCE UNIT RACES AGAINST THE CLOCK TO TAKE DOWN THOSE RESPONSIBLE FOR THE BOMBING – The Intelligence Unit works to find the bombers. Even with government agencies in the mix, Voight (Jason Beghe) and his team work the case from their own angles and connections. Lindsay (Sophia Bush) and Antonio (Jon Seda) question doctors who handled the transplant surgery for an Ambassador from Syria, but no clues emerge. Olinsky (Elias Koteas) gets some solid intel and the team work from there. It’s a race against time as they realize there may be additional bombs targeted to detonate. Meanwhile Burgess (Marina Squerciati) sits vigil for her niece whose life hangs in the balance. Jesse Lee Soffer, Patrick John Flueger, LaRoyce Hawkins and Archie Kao also star. Taylor Kinney, Sydney Tamiia Poitier, Eamonn Walker, Amanda Righetti and Charlie Barnett guest star.