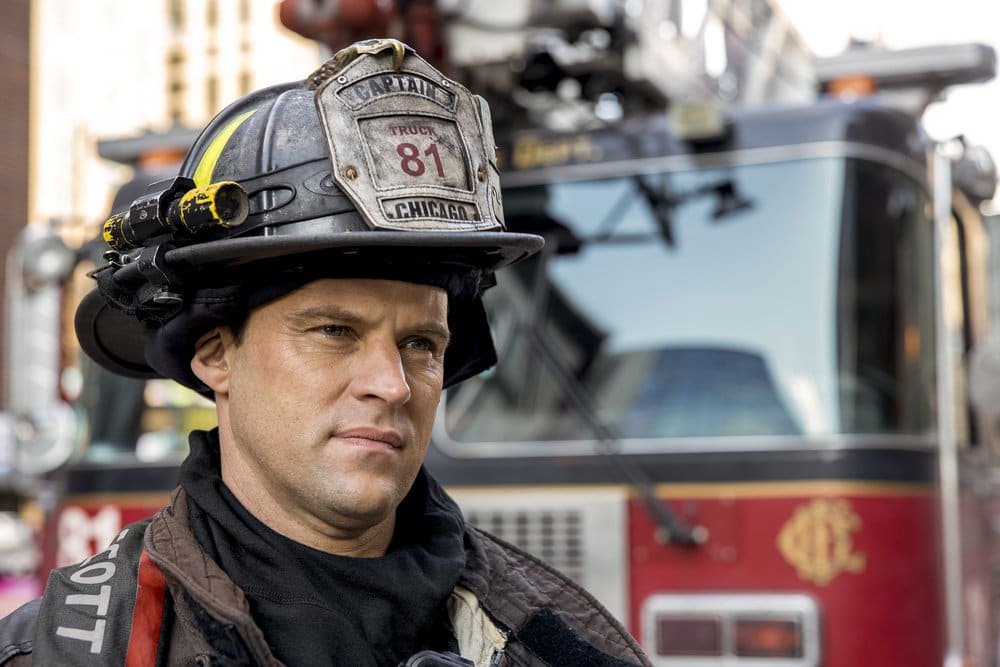 CHICAGO FIRE Season 9 Episode 5 Photos My Lucky Day – s09e05 9×05 – When Firehouse 51 is called to the scene of a dangerous blaze inside a 10-story storage unit, Herrmann and Cruz find themselves trapped inside a freight elevator with all communications cut off.