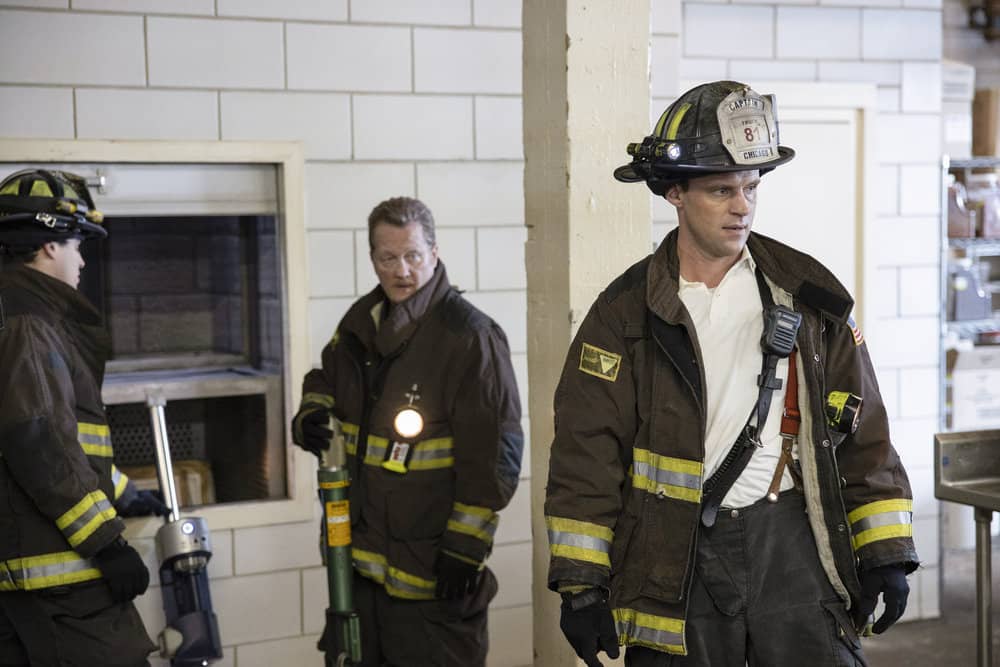 CHICAGO FIRE Season 8 Episode 16 Photos The Tendency Of A Drowning Victim – THE TENDENCY OF A DROWNING VICTIM (TV-14) Boden is on edge after starting a new fad diet. Casey and Severide disagree on a call. Brett’s birth mother shares life-altering news. A familiar face has a proposition for Herrmann.

From renowned Emmy Award-winning executive producer Dick Wolf (“Law & Order” brand) and co-creator Derek Haas, the writer behind “3:10 to Yuma,” comes season eight of the high-octane drama “Chicago Fire,” an edge-of-your-seat view into the lives of everyday heroes committed to one of America’s noblest professions. The firefighters, rescue squad, and paramedics of Chicago Firehouse 51 risk their lives week in and week out to save and protect the citizens of their incredible city.