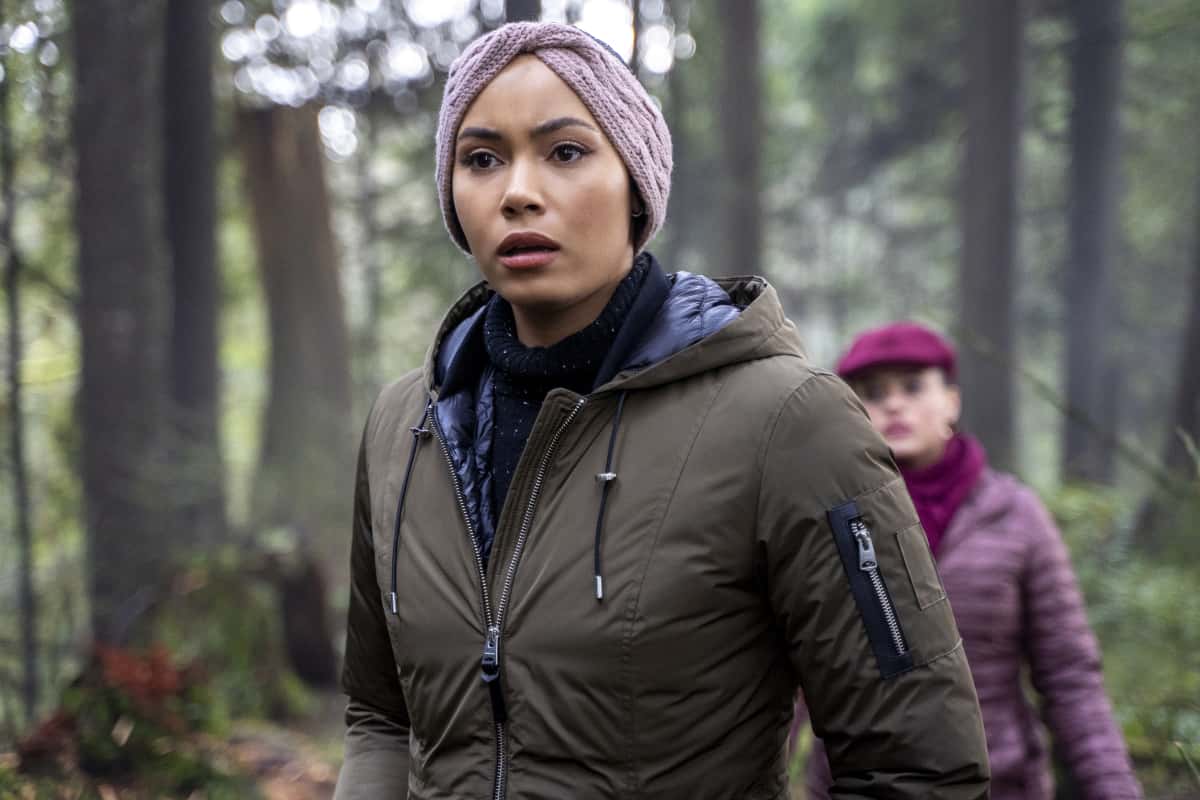 CHARMED Season 3 Episode 8 Photos O, The Tangled Web A LONG WAY TO GO – Macy (Madeleine Mantock) reels from an encounter with the Shea Group and Maggie (Sarah Jeffery) uses her psych background to get to the bottom of it; Harry (Rupert Evans) and Mel (Melonie Diaz) must detangle an ancient feud. Also starring Jordan Donica and Poppy Drayton. Geary McLeod directed the episode written by Sidney Quashie and Bianca Sams (#308). Original airdate 3/28/2021.