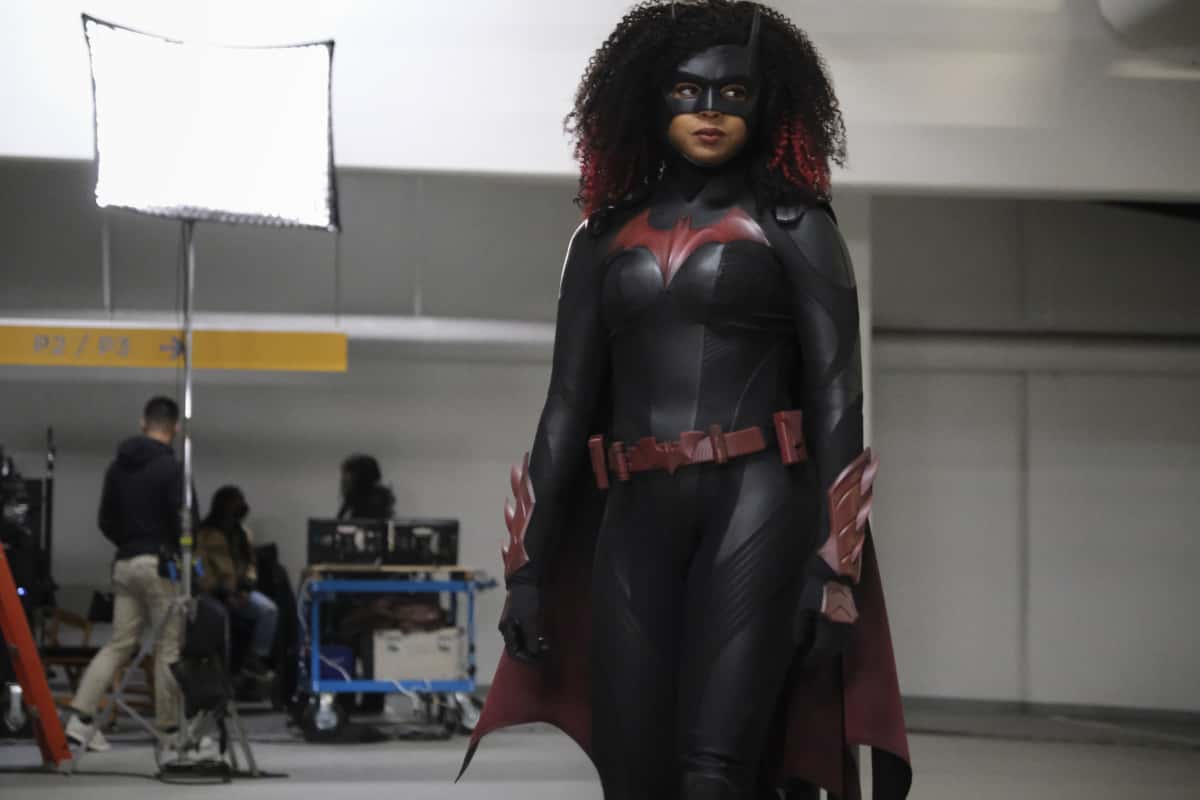 BATWOMAN Season 2 Episode 9 Photos Rule #1 THE CHOICES WE MAKE – Batwoman (Javicia Leslie) confronts Gotham’s biggest foe, while new information forces those closest to Kate to make some difficult decisions. Ryan’s feelings for Angelique (guest star Bevin Bru) puts her partnership with Luke (Camrus Johnson) and Mary (Nicole Kang) at risk, while Alice (Rachel Skarsten) goes on a warped walk down memory lane. Also starring Dougray Scott and Meagan Tandy. Michael Blundell directed the episode written by Nancy Kiu and Maya Houston (#209). Original airdate 3/28/2021. Every episode of BATWOMAN will be available to stream on The CW App and CWTV.com the day after broadcast for free and without a subscription, log-in or authentication required