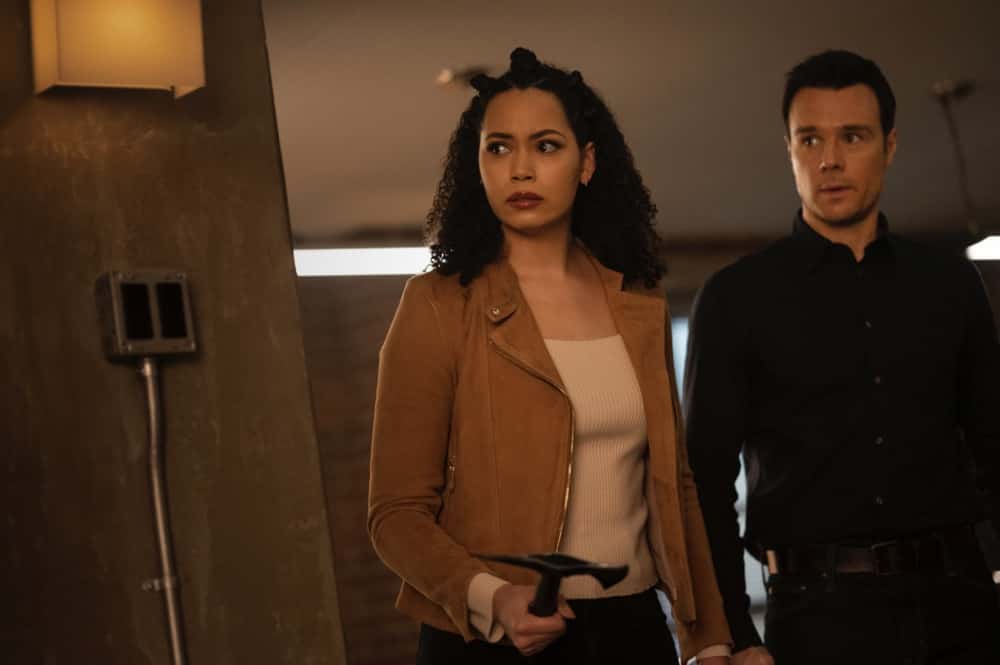 CHARMED Season 3 Episode 10 Photos Bruja-Ha CONTROLLING THE CHAOS – As the Charmed Ones (Melonie Diaz, Sarah Jeffery and Madeleine Mantock) try to contain what was unleashed from the Tomb of Chaos, they discover who created it…and why. Also starring Rupert Evans. Joe Gallagher directed the episode written by Joey Falco and Blake Taylor (#310). Original airdate 4/18/2021. s03e10 3×10 3.10 s3e10