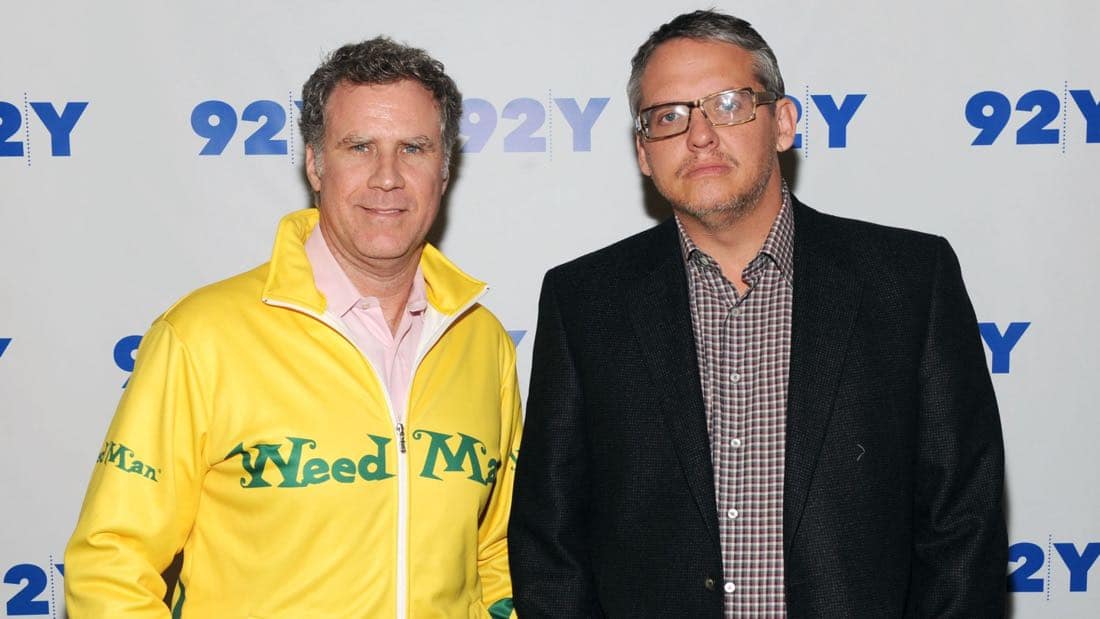 “CBS All Access is dedicated to delivering inventive, premium original programming for our subscribers and creating opportunities for world class content creators to find new, creative ways to tell stories,” said Marc DeBevoise, President and Chief Operating Officer, CBS Interactive. “The addition of STRANGE ANGEL, our first series based on a compelling and true story, NO ACTIVITY, our first comedy series, and $1, an innovative thriller, builds on the tremendous momentum CBS All Access has generated in its first season of original programming with THE GOOD FIGHT and the upcoming STAR TREK: DISCOVERY.”

The new additions to CBS All Access’ slate include:

STRANGE ANGEL, a drama series created by Mark Heyman (“Black Swan,” “The Wrestler”) and based on George Pendle’s book of the same name, explores the dramatic intersection between genius and madness, science and science fiction. The story follows the life of Jack Parsons, a mysterious and brilliant man in 1940s Los Angeles, who by day helps birth the entirely unknown discipline of American rocketry, and by night is a performer of sex magick rituals and a disciple to occultist Aleister Crowley. STRANGE ANGEL will be produced by CBS Television Studios in association with Scott Free Productions. Mark Heyman, David DiGilio, Ridley Scott and David W. Zucker will serve as executive producers; Clayton Krueger will be co-executive producer, and David Lowery (“A Ghost Story,” “Pete’s Dragon”) will direct and executive produce.

NO ACTIVITY, a comedy series from Will Ferrell, Adam McKay and Funny Or Die, marks CBS All Access’ first original comedy. In what should be a high stakes sting operation, NO ACTIVITY celebrates the mundane. Set against the world of a major drug cartel bust, the series follows two low-level cops who have spent far too much time in a car together; two criminals who are largely kept in the dark; two dispatch workers who haven’t really clicked; and two Mexican tunnelers who are in way too small a space considering they’ve only just met. NO ACTIVITY will be produced by CBS Television Studios in association with Gary Sanchez and Funny Or Die and is based on the Australian series produced by Jungle and broadcast by Stan. Will Ferrell, Adam McKay, Patrick Brammall, Trent O’Donnell, Jason Burrows and Joe Farrell will serve as executive producers. NO ACTIVITY will debut before year’s end between the two chapters of STAR TREK: DISCOVERY.

$1 is a mystery/thriller set in a small rust belt town in post-recession America, where a one-dollar bill changing hands connects a group of characters involved in a shocking multiple murder. The path of the dollar bill and point of view in each episode paint a picture of a modern American town with deep class and cultural divides that spill out into the open as the town’s secrets get revealed. $1 will be produced by CBS Television Studios. The series is created by Jason Mosberg. Matt DeRoss and Alexandre Dauman will serve as executive producers, and Craig Zobel (“Compliance,” “The Leftovers”) will direct and executive produce.

From the creators of “The Good Wife,” Robert and Michelle King, THE GOOD FIGHT’s first season is currently available to stream on CBS All Access, and the series will return for a second season in early 2018 with an expanded season order of 13 episodes. In addition, it was announced today that Broadway icon Audra McDonald is joining the cast as a series regular alongside Christine Baranski, Cush Jumbo, Rose Leslie, Delroy Lindo, Sarah Steele, Justin Bartha, Michael Boatman and Nyambi Nyambi. The series is produced by CBS Television Studios in association with Scott Free Productions and King Size Productions.

STAR TREK: DISCOVERY will launch Sunday, Sept. 24 with a broadcast premiere that night on the CBS Television Network airing 8:30-9:30 PM, ET/PT*. The series premiere will also be available on-demand on CBS All Access, and the second episode of the series will be available on the service that same night immediately following the broadcast premiere. After premiere night, all new episodes will be available on-demand weekly on Sundays exclusively for CBS All Access subscribers in the U.S. The 15-episode season will be released in two chapters: the first eight episodes will run from Sunday, Sept. 24 through Sunday, Nov. 5, and the second chapter will resume in January 2018. STAR TREK: DISCOVERY is produced by CBS Television Studios in association with Alex Kurtzman’s Secret Hideout, Bryan Fuller’s Living Dead Guy Productions and Roddenberry Entertainment.