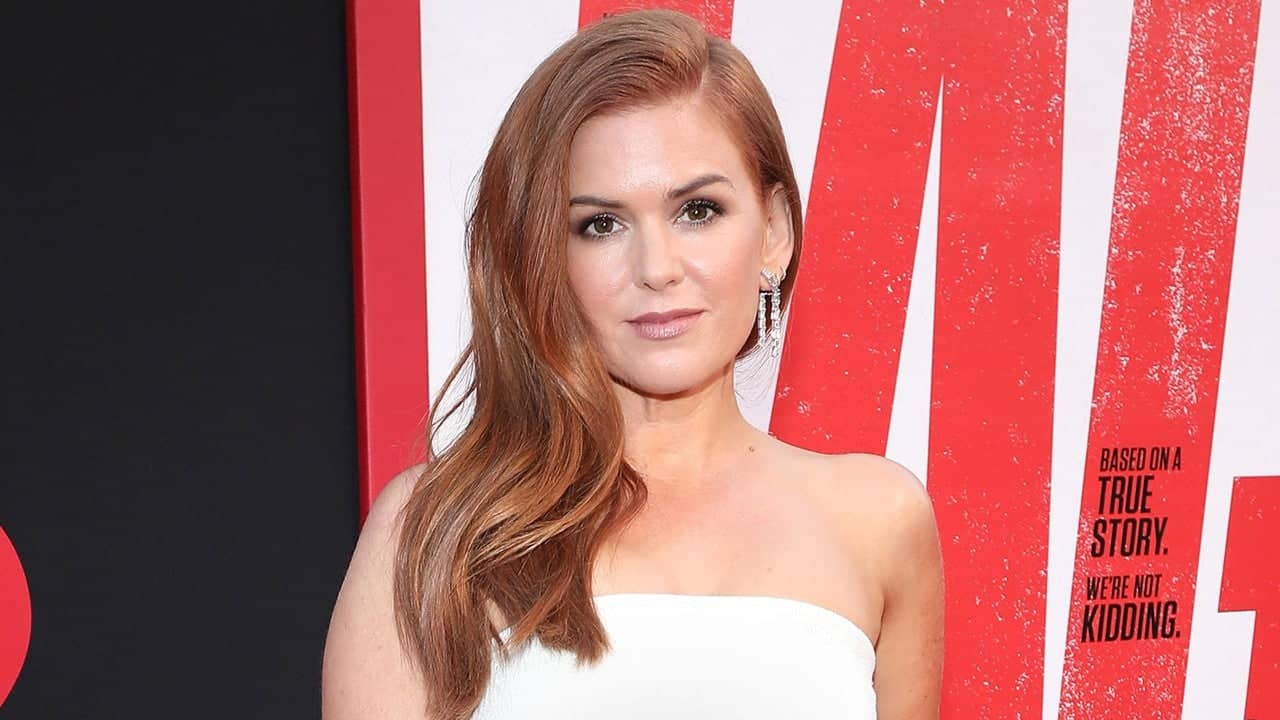 CBS All Access today announced a new series order for GUILTY PARTY, a half-hour dark comedy starring Isla Fisher as Beth Baker, a discredited journalist desperate to salvage her career by latching on to the story of a young mother sentenced to life in prison for maiming and murdering her husband, crimes she claims she didn’t commit. In trying to uncover the truth, Beth finds herself in over her head as she contends with Colorado gun-smugglers, clickbait culture, the doldrums of marriage and her own tarnished past.

GUILTY PARTY is written by Rebecca Addelman (“Dead to Me”) and Trent O’Donnell (“No Activity”) will direct. Addelman and O’Donnell will also serve as executive producers alongside Isla Fisher, Sam Hansen, Jimmy Miller and Funny Or Die’s Joe Farrell, Jim Ziegler, Mike Farah and co-executive producer Joe Hardesty. The series is being produced by CBS Television Studios in association with Funny Or Die and Mosaic.

“GUILTY PARTY is a wild ride fueled by Beth’s grit, passionate heart and desperation to redeem herself,” said Julie McNamara, Executive Vice President and Head of Programming, CBS All Access. “We knew we needed a magnetic, versatile talent in the role, and Isla perfectly embodies the wholly original character Rebecca created. We are thrilled to add GUILTY PARTY to our growing comedy slate which includes WHY WOMEN KILL, NO ACTIVITY and the upcoming animated STAR TREK: LOWER DECKS.”

“GUILTY PARTY is a genre-bending show that tackles contemporary issues – the prison system, the death of print journalism and pervasive gun culture, to name a few – but has, at its core, smart, funny, ambitious and deeply complicated female characters,” said Addelman. “It’s been an absolute joy to write and create alongside fabulous studio, network and producing partners, and my hope is that it gives audiences a fresh take on the genre.”

In addition to her role as Beth Baker in GUILTY PARTY, Isla Fisher can next be seen in the film “Blithe Spirit” directed by Edward Hall and co-starring Dan Stevens, Leslie Mann and Dame Judi Dench. She can most recently be seen in “Greed” directed by Michael Winterbottom and co-starring Steve Coogan. Fisher is also currently filming “Godmothered” opposite Jillian Bell and directed by Sharon Maguire.

GUILTY PARTY joins CBS All Access’ growing slate of original series which currently includes THE GOOD FIGHT, THE TWILIGHT ZONE, WHY WOMEN KILL, NO ACTIVITY and INTERROGATION. CBS All Access’ slate of original series will continue to expand with upcoming limited-event series THE STAND, as well as TOONING OUT THE NEWS, THE MAN WHO FELL TO EARTH, THE HARPER HOUSE and THE UNTITLED RICHARD LINKLATER PROJECT with additional programming to be announced. CBS All Access is also the exclusive domestic home to STAR TREK: DISCOVERY, STAR TREK: PICARD and STAR TREK: LOWER DECKS.

CBS All Access is CBS’ direct-to-consumer digital subscription video on-demand and live streaming service. CBS All Access gives subscribers the ability to watch more than 12,000 episodes on demand – spanning exclusive original series, CBS Television Network’s primetime, daytime and late night shows, plus classic TV hits – as well as the ability to stream local CBS stations live across the U.S. CBS All Access’ original series include THE GOOD FIGHT, THE TWILIGHT ZONE, TELL ME A STORY, NO ACTIVITY, WHY WOMEN KILL and INTERROGATION, as well as the upcoming event series THE STAND, THE MAN WHO FELL TO EARTH and THE HARPER HOUSE. CBS All Access is also the exclusive domestic home to STAR TREK: DISCOVERY, STAR TREK: PICARD and the upcoming animated series STAR TREK: LOWER DECKS. CBS All Access also includes the ability to stream CBS Interactive’s other live channels, CBSN for 24/7 news, CBS Sports HQ for sports news and analysis, and ET Live for entertainment coverage.

CBS Television Studios is one of the industry’s leading suppliers of programming with more than 75 series currently in production across broadcast and cable networks, streaming services and other emerging platforms. The Studio’s expansive portfolio spans a diverse slate of commercially successful and critically acclaimed scripted programming, genre-defining franchises including the ever-growing “Star Trek” universe, award-winning late night and daytime talk shows, and an extensive library of iconic intellectual property.