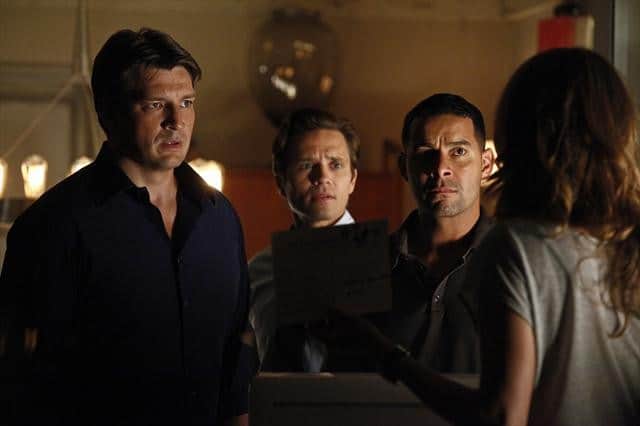 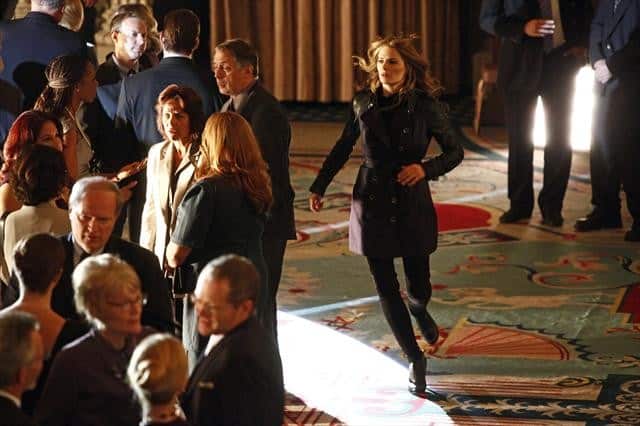 CASTLE Season 5 Episode 1 After The Storm Photos : After four seasons of “will they” or “won’t they,” Richard Castle and Kate Beckett finally gave in to their feelings for each other in the much anticipated Season 4 finale. Season 5 picks up on the proverbial morning after, with Castle and Beckett facing new questions — Was this a one-time fling, or are they now a couple? But before they find the answers, they must take on the forces responsible for Beckett’s mother’s murder that now threaten Kate Beckett’s life. The Season 5 premiere of “Castle” airs MONDAY, SEPTEMBER 24 (10:01-11:00 p.m. ET) on the ABC Television Network. Also in the episode, Jack Coleman (“Heroes”) guest stars as a well-liked U.S. Senator who finds himself in conflict with Beckett.