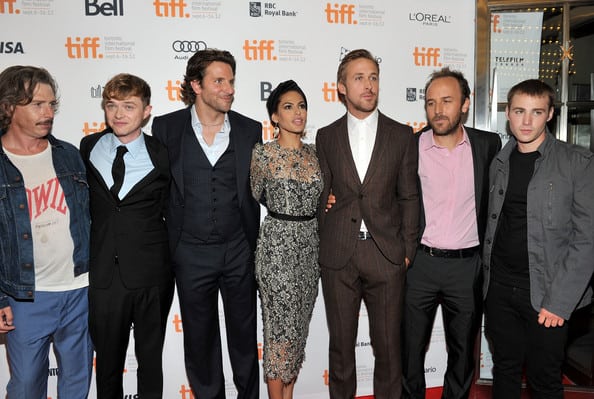 U.S. rights to The Place Beyond the Pines, the highly anticipated new drama from director Derek Cianfrance, starring Academy Award nominee Ryan Gosling, Bradley Cooper, and Eva Mendes, have been acquired by Focus Features for a 2013 release. Focus CEO James Schamus and president Andrew Karpen made the announcement today at the Toronto International Film Festival, where the movie is having its world premiere.

Focus acquired the rights from Sidney Kimmel Entertainment (SKE), which financed the movie and which was represented at Toronto by Jim Tauber and Nick Hanks, with WME Global and Creative Artists Agency acting as sales agents. International sales to the feature are being handled by Sierra/Affinity.

The film powerfully explores the consequences of motorcycle rider Luke (Mr. Gosling)’s fateful decision to commit a crime to support his child. The incident renders him targeted by policeman Avery (Mr. Cooper), and the two men become locked on a tense collision course which will have a devastating impact on both of their families in the years following.

Mr. Schamus and Mr. Karpen said, “Derek Cianfrance has made a bold, epic, and emotionally generous saga, once again showing a master’s hand in eliciting searingly beautiful performances from the actors with whom he collaborates.”

Mr. Cianfrance commented, “The Focus team’s ability to work in partnership with writers and directors is known and respected by the film community. Their passion for this very personal project is why I know they are the right home for our new movie.”

Mr. Tauber added, “Sidney Kimmel and I are convinced that the entire Focus team understands the uniqueness of Derek’s bold and daring film, and that they provide the perfect home for the filmmaking group.”