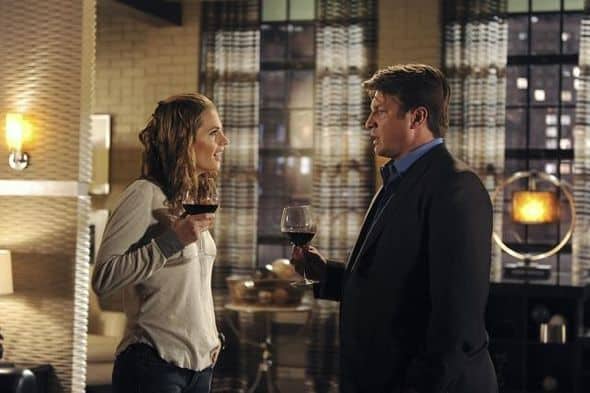 CASTLE Season 4 Episode 7 Cops &amp; Robbers Photos : CASTLE – “Cops & Robbers” — When Castle and Martha are taken hostage by a crew of bank robbers dressed in hospital scrubs and using classic television doctor names (Trapper John M.D., Dr. Huxtable, Dr. Quinn Medicine Woman and Dr. Doogie Howser), Beckett finds herself on the outside, desperately trying to rescue them — which proves to be even more difficult with a by-the-book hostage negotiator (guest star Dean Norris, “Breaking Bad”) watching her every move. Castle becomes the de facto leader of the hostages, which includes Barry Livingston (“My Three Sons”), and discovers that the robbery is actually a skillfully orchestrated distraction for an even more sinister plan. But with Castle stuck on the inside and Beckett on the outside, will either be able to foil the bank robbers’ plans before it is too late? “Castle” airs MONDAY, OCTOBER 31 (10:01-11:00 p.m., ET), on the ABC Television Network.