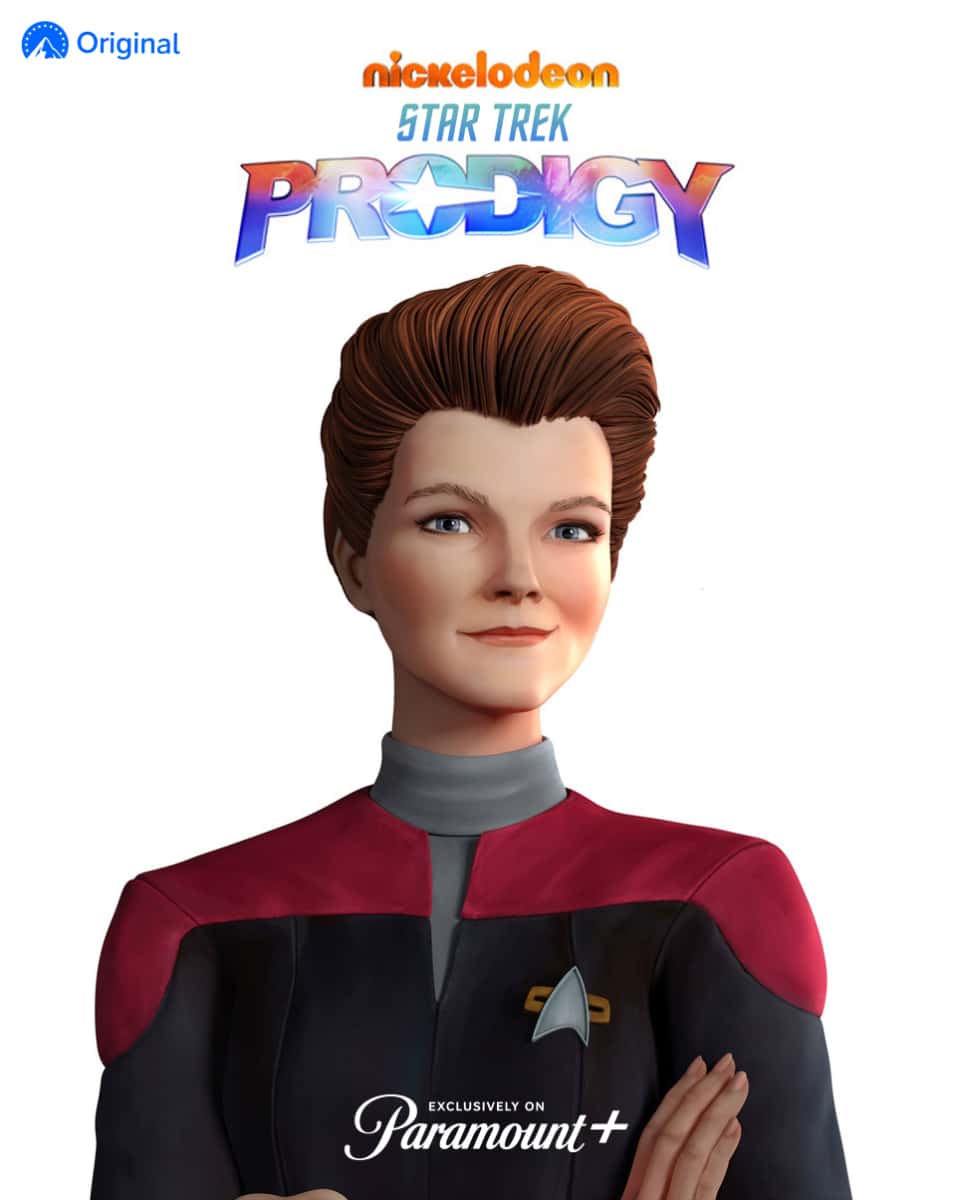 Paramount+ today released a first look image of Captain Kathryn Janeway in its upcoming all-new animated kids’ series STAR TREK: PRODIGY. Kate Mulgrew (“Star Trek: Voyager”) reprises her role as Janeway, who will serve as the STAR TREK: PRODIGY starship’s built in emergency training hologram. The news was revealed by series executive producers Kevin and Dan Hageman during today’s virtual global First Contact Day panels. The Hagemans also revealed that the series takes place in the year 2383, after the events of  “Star Trek: Voyager,” and in the Delta Quadrant. Developed and produced by Nickelodeon and CBS Studios, STAR TREK: PRODIGY will premiere on Paramount+ in the U.S. later this year.

The free First Contact Day virtual panels will be available to view on-demand on Paramount+’s YouTube Channel and on Paramount+ in the U.S., following their initial airing on StarTrek.com/FirstContact today from 12:00-2:45 PM, PT/3:00-5:45 PM, ET.

Developed by Emmy® Award-winners Kevin and Dan Hageman (“Trollhunters” and “Ninjago”) the CG-animated series STAR TREK: PRODIGY is the first “Star Trek” series aimed at younger audiences and will follow a motley crew of young aliens who must figure out how to work together while navigating a greater galaxy, in search for a better future. These six young outcasts know nothing about the ship they have commandeered – a first in the history of the Star Trek Franchise – but over the course of their adventures together, they will each be introduced to Starfleet and the ideals it represents.

About the Star Trek Universe on Paramount+:

CBS Studios is one of the world’s leading suppliers of entertainment programming with more than 70 series currently in production for broadcast and cable networks, streaming services and other emerging platforms. The Studio’s expansive portfolio spans a diverse slate of commercially successful and critically acclaimed scripted programming, genre-defining franchises including the ever-growing “Star Trek” universe, award-winning late night and daytime talk shows, and an extensive library of iconic intellectual property.

Nickelodeon, now in its 41st year, is the number-one entertainment brand for kids. It has built a diverse, global business by putting kids first in everything it does. The brand includes television programming and production in the United States and around the world, plus consumer products, digital, location-based experiences, publishing and feature films. Nickelodeon and all related titles, characters and logos are trademarks of ViacomCBS Inc. (Nasdaq: VIACA, VIAC).