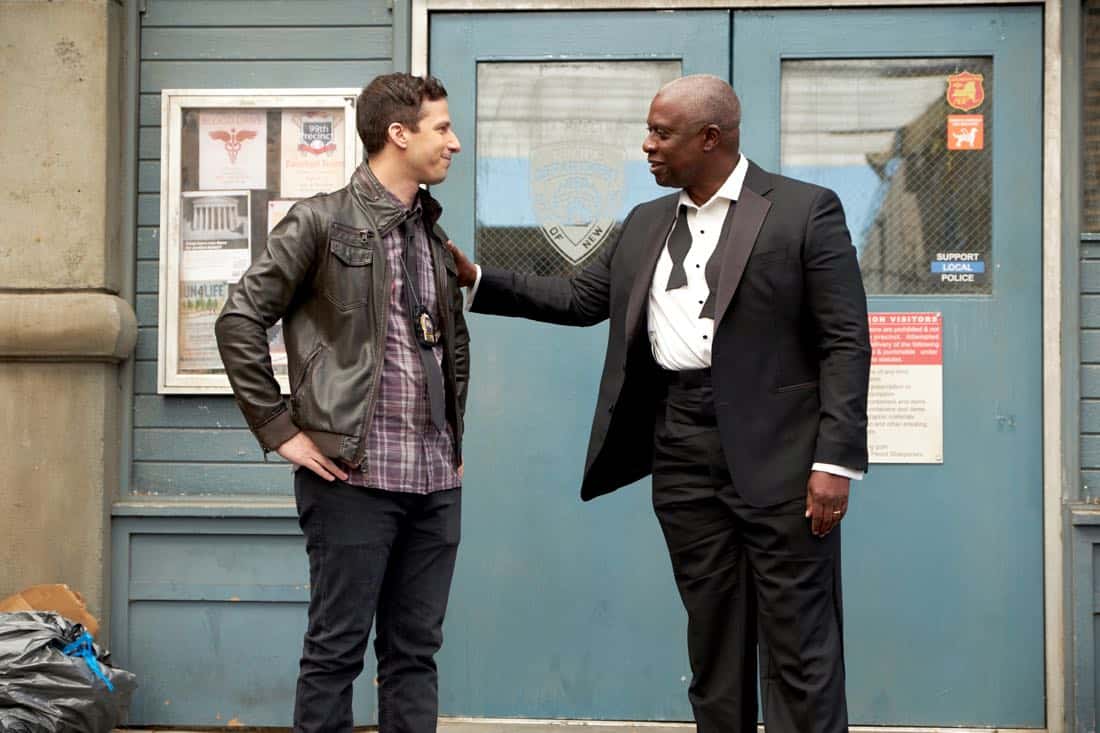 Det. Jake Peralta and the squad will be gathering for one final stakeout as NBC will air the eighth and final season of “Brooklyn Nine-Nine” during the 2021-22 television season.

“Brooklyn Nine-Nine,” in its first year of eligibility, won the 2014 Golden Globe Award for Best TV Comedy Series in 2014 and will end its run as one of the most beloved and critically applauded comedies of all-time. That same year, Andy Samberg also won a Golden Globe for Best Performance by an Actor in a Comedy Series.

“I still remember the palpable excitement that night in 2018 when we announced ‘Brooklyn Nine-Nine’ would be returning to its rightful home at NBC,” said Lisa Katz, President of Scripted Content, NBCUniversal Television and Streaming. “We’ve always loved these characters and the way they make us laugh while also masterfully weaving in storylines that make us reflect as well. A big thank you to our wonderful partners – Dan Goor, the writers, producers and the incredibly talented cast and crew – for a comedy whose legacy will stand the test of time.”

” ‘Brooklyn Nine-Nine’ has been one of the jewels in our comedy crown. It’s had an incredible run across not one but two networks, garnered widespread acclaim and captured the hearts of fans all over the world,” said Pearlena Igbokwe, Chairman, Universal Studio Group. “We extend our deepest gratitude to Andy Samberg, Andre Braugher and our entire wonderful ensemble, and our amazingly talented writers, producers and crew. And a special thanks to our brilliant showrunner Dan Goor, who could have rested on his laurels after season one but never took his foot off the hilarious gas pedal. ‘B99,’ it’s been NOICE!”

“I’m so thankful to NBC and Universal Television for allowing us to give these characters and our fans the ending they deserve,” said executive producer Dan Goor. “When Mike Schur and I first pitched the pilot episode to Andy, he said, ‘I’m in, but I think the only way to tell this story is over exactly 153 episodes,’ which was crazy because that was exactly the number Mike and I had envisioned.

“I feel incredibly lucky to have worked with this amazing cast and crew for eight seasons. They are not only among the most talented people in the business, they are all good human beings who have become a family. But most of all, I feel lucky that we have had the best fans in the world. Fans who literally saved us from cancellation. Fans who fill us with joy. Ending the show was a difficult decision, but ultimately, we felt it was the best way to honor the characters, the story and our viewers. I know some people will be disappointed it’s ending so soon, but honestly, I’m grateful it lasted this long. Title of my sex tape.”

In addition to the Golden Globe wins, co-star Andre Braugher has been nominated for four Emmy Awards for Best Supporting Actor in a Comedy Series for his portrayal of Capt. Raymond Holt, the esteemed leader of the 99th Precinct.

In its seventh and most recent season, “Brooklyn Nine-Nine” reached 24 million viewers and averaged a 5.1 in 18-49 and 9.5 million viewers in total audience measurement. The series was NBC’s #2-rated program in digital and delivered 74 million official YouTube video views in the 2019-20 September-to-May season, for an increase of +66% compared with the previous season’s 44.7 million.

The series is produced by Universal Television, a division of Universal Studio Group, Fremulon, Dr. Goor Productions and 3 Arts Entertainment.