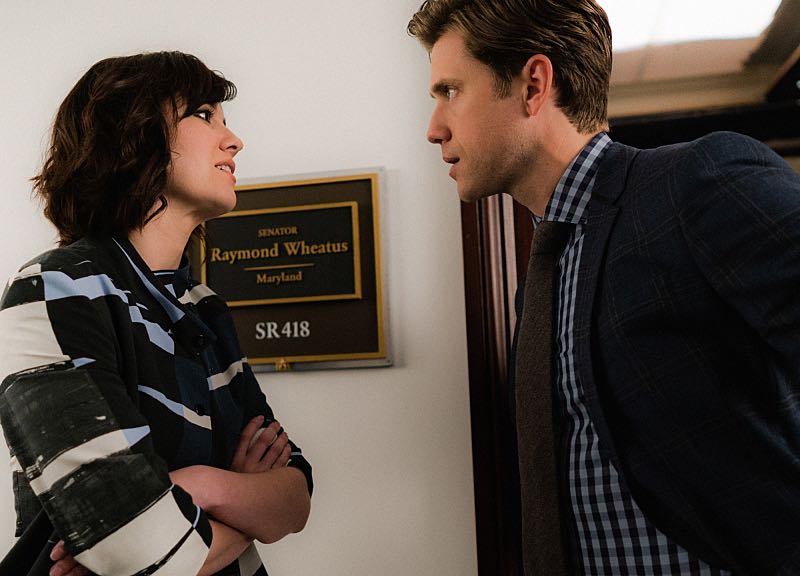 BRAINDEAD Season 1 Episode 4 Photos :  “Wake Up Grassroots: The Nine Virtues of Participatory Democracy, and How We Can Keep America Great by Encouraging an Informed Electorate” – Laurel and Rochelle try to persuade Laurel’s friend Abby (Brooke Bloom) to get an MRI so they can uncover the real cause of the strange behavior taking over Washington, D.C. Also, Luke attempts to reopen the government through a secret deal with the Republicans, on BRAINDEAD, Monday, July 11 (9:59-11:00 PM, ET/PT), on the CBS Television Network.