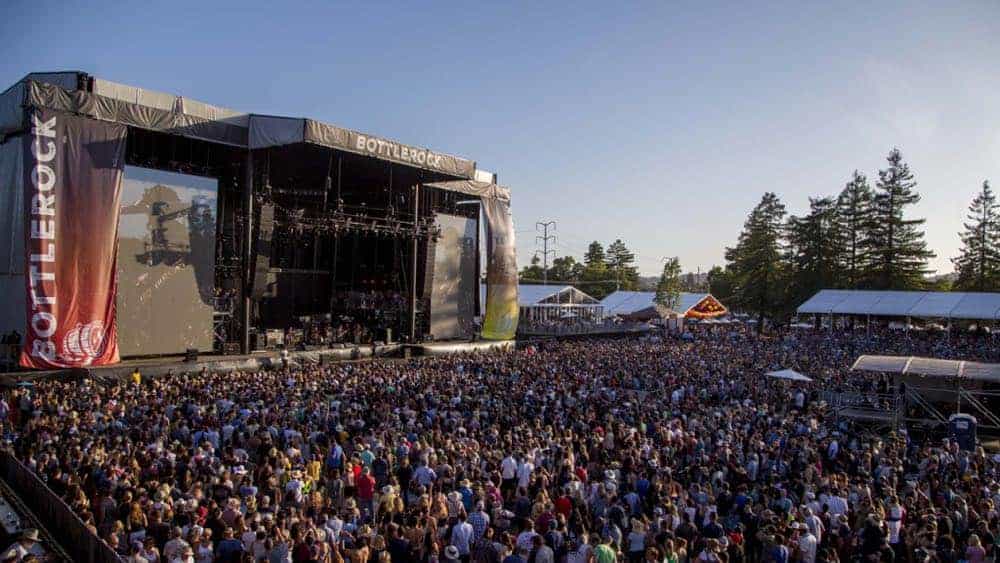 BottleRock Napa Valley is one of the famous music festivals that happens once every year, mostly by the end of May. The first event took place in the year 2013 and since then it has been happening all the consecutive years since then. Let’s see more about this music festival.

When the organisers came up with the idea of conducting a grand music festival, a lot of people doubted its possibility. This is because no one ever considered that idea before and the location at that time was not capable of handling huge masses. But the event was a great success as around 120,000 people participated in the program. But a lot of workers and vendors complained that they were not paid. But, the pending payments are said to be compensated in the later events. It is said that approximately 40 local wineries were in operation during the festival.

The reason for the success

The Napa Valley was already being celebrated for its tasty wine, delicious food and great hospitality. A music festival happening in this place will probably be one of the best additions. Also, events like BottleRock happening in a peculiar place like the Valley is new and something that people have not experienced before.

The organisers of BottleRock Napa Valley 2018 have announced that the event is going to be better than the previous year. Preparations for more accommodation and food are already made ready as the number of people participating in the event is expected to be higher than the previous years. The exciting news is the tech companies will be there at the events to provide benefits and to showcase their products/services. One good news for the audience is that Cisco will be providing Wi-Fi facility in VIP areas and this will help the fans to upload photos and videos on the social networks. Also, this can be used to order foods and much more online.

This event has an official app where the audience can view and plan the events beforehand. Tickets can be also brought through the app including the single-day tickets. Live Nation and BottleRock have deeper ties and have also bought a major stake in the Wine Country.

Samsung is one of the sponsors of Bottle Napa Valley this year and it will be also showcasing its latest devices, mostly home appliances. This will be accompanied by wine, food and more. In addition to that, people can also enjoy the performances from their premium vantage point.

The important part of the concert

Performers are the main element of the festival and numerous leading performers including Bruno Mars, the Chainsmokers, The Killers, MUSE, Snoop Dogg, Head and the Heart, Halsey Billy Idol, Thievery Corporation, Incubus, Michael Franti & Spearhead, Phantogram, Dean Lewis, Mike D and so on.

BottleRock Napa Valley 2018 combines the best of music, wine, tech and more – comments Jackpot Fruity casino which is one of the best sources for enjoying UK internet slots as well as other online casino games. If you are fond of live music performances, then BottleRock could be a great choice.