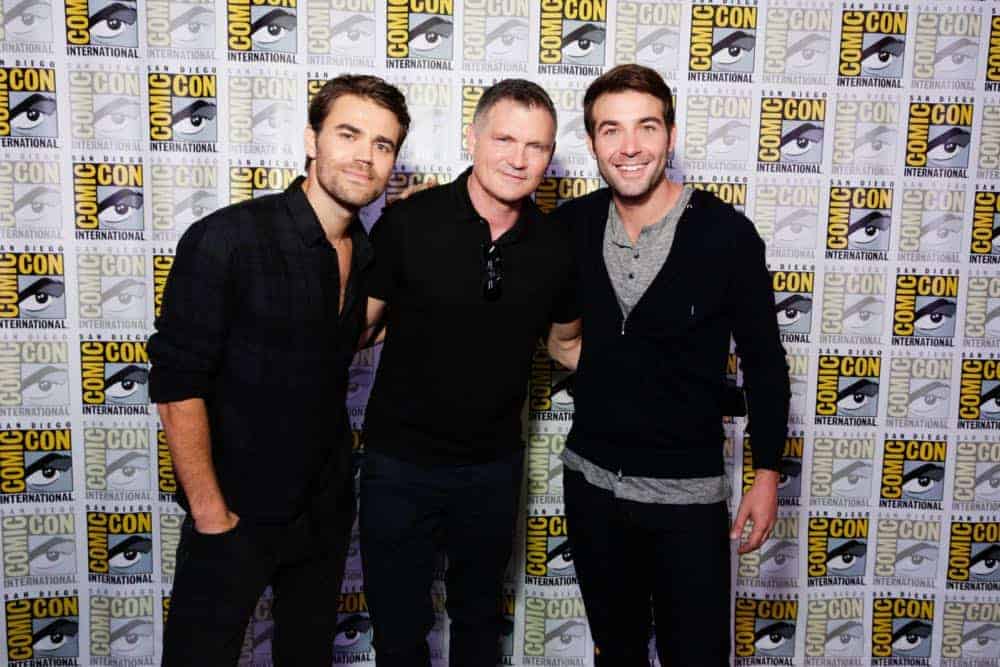 TELL ME A STORY takes the world’s most beloved fairy tales and reimagines them as a dark and twisted psychological thriller. Set in modern-day New York City, the first season of this serialized drama interweaves “The Three Little Pigs,” “Little Red Riding Hood” and “Jack and the Beanstalk” into an epic and subversive tale of love, loss, greed, revenge and murder.

TELL ME A STORY is based on a format created by Marcos Osorio Vidal in collaboration with Gustavo Malajovich and Hernan Goldfrid. The series was produced by Gonzalo Cilley and Andres Tovar of Resonant and originally aired on the Spanish television network Antena tres.

TELL ME A STORY joins CBS All Access’ growing slate of original series which currently includes its first comedy series, NO ACTIVITY, streaming now; THE GOOD FIGHT, returning for a second season in early 2018; and STAR TREK: DISCOVERY, which was renewed for a second season and will return with chapter two of season one on Sunday, Jan. 7, 2018 after 8:30 PM, ET. CBS All Access’ original series library will continue to expand with the additions of the previously announced $1, STRANGE ANGEL, THE TWILIGHT ZONE and additional programming to be announced.

CBS All Access is the CBS Television Network’s digital subscription video on demand and live streaming service. In addition to its original series, which includes STAR TREK: DISCOVERY, comedy series NO ACTIVITY and season one of the new edition of “The Good Wife,” THE GOOD FIGHT, CBS All Access gives CBS fans the ability to watch more than 9,000 episodes on demand – spanning current shows from primetime, daytime and late night, as well as past seasons of select series and classic TV hits – and stream their local CBS station live. CBS All Access is currently available online at CBS.com, on mobile devices via the CBS App for iOS, Android and Windows 10, and on Roku Players, Apple TV, Chromecast, Android TV, Xbox 360, Xbox One, PlayStation 4 and Fire TV. For more details on CBS All Access, please visit: https://www.cbs.com/all-access/