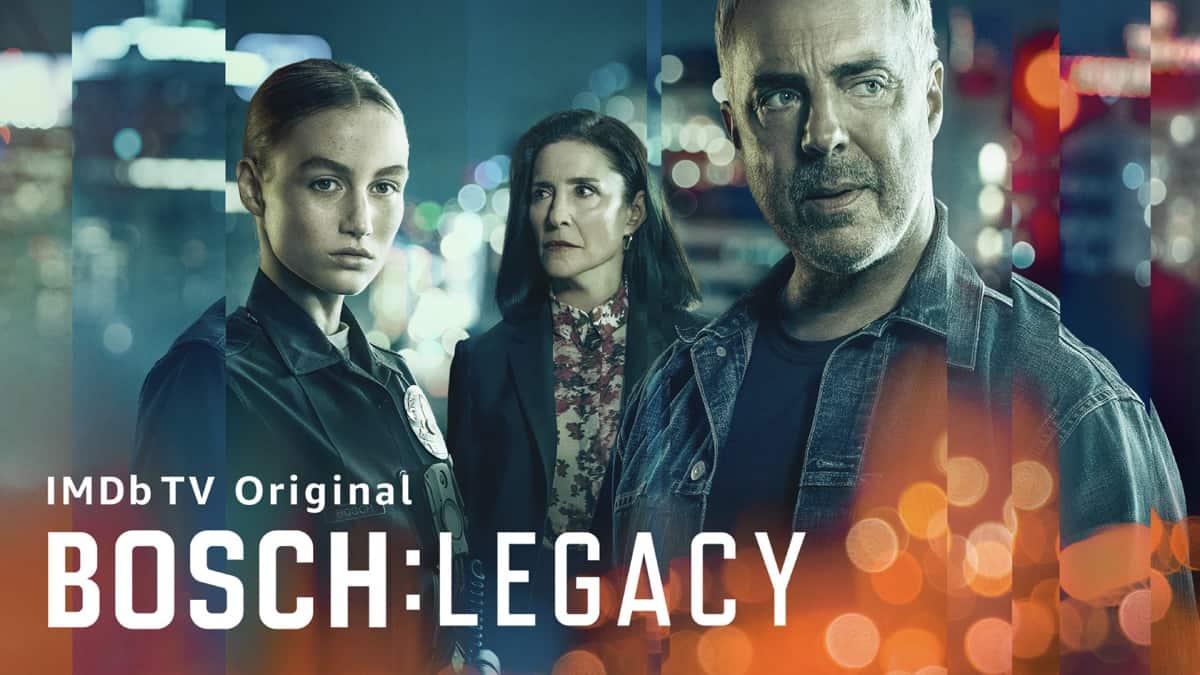 Legacy matters, and Harry Bosch is hell-bent on leaving behind a legacy he’s proud of. After leaving the Los Angeles Police Department as a detective, Bosch’s (Titus Welliver) captivating story continues, working with former enemy and top-notch attorney, Honey “Money” Chandler (Mimi Rogers, Mad Men). The only thing they can agree on? Finding justice. Meanwhile, his daughter, Maddie (Madison Lintz, The Walking Dead) follows in his footsteps as a rookie patrol officer with the LAPD. Bosch: Legacy, produced by Fabel Entertainment, premieres Friday, May 6 on IMDb TV, Amazon’s premium free streaming service.

Loosely based on the hybrid novel The Wrong Side of Goodbye from acclaimed author Michael Connelly, and a spinoff of the longest-running Prime Video Original, Bosch, the first season of Bosch: Legacy follows former LAPD detective Harry Bosch as he begins a new chapter as a private investigator. His first job calls him to the estate of ailing billionaire Whitney Vance, where Bosch is tasked with finding Vance’s only potential heir. Along the way, Bosch finds himself clashing with powerful figures who have a vested interest in the heir not being found. Researching the family tree, he uncovers shocking revelations that span generations, all while billions of dollars remain on the line. Without the badge and a preference for old-school tactics, Bosch finds an invaluable resource in Maurice “Mo” Bassi (Stephen A. Chang, Captain Marvel), a tech-forward gadget whiz who also shares Bosch’s fondness for smooth jazz and commitment to justice.

Following in her father’s footsteps, Maddie, a rookie patrol officer with the LAPD, is paired with Reina Vasquez (Denise Sanchez, The Good Place), a no-nonsense, hard-charging training officer. As Maddie patrols the streets of Los Angeles, she grapples with what kind of cop she wants to be. Her father—who continues to live by the code that everybody counts, or nobody counts—believes the issue is clear: Being a cop is either a mission or just a job.