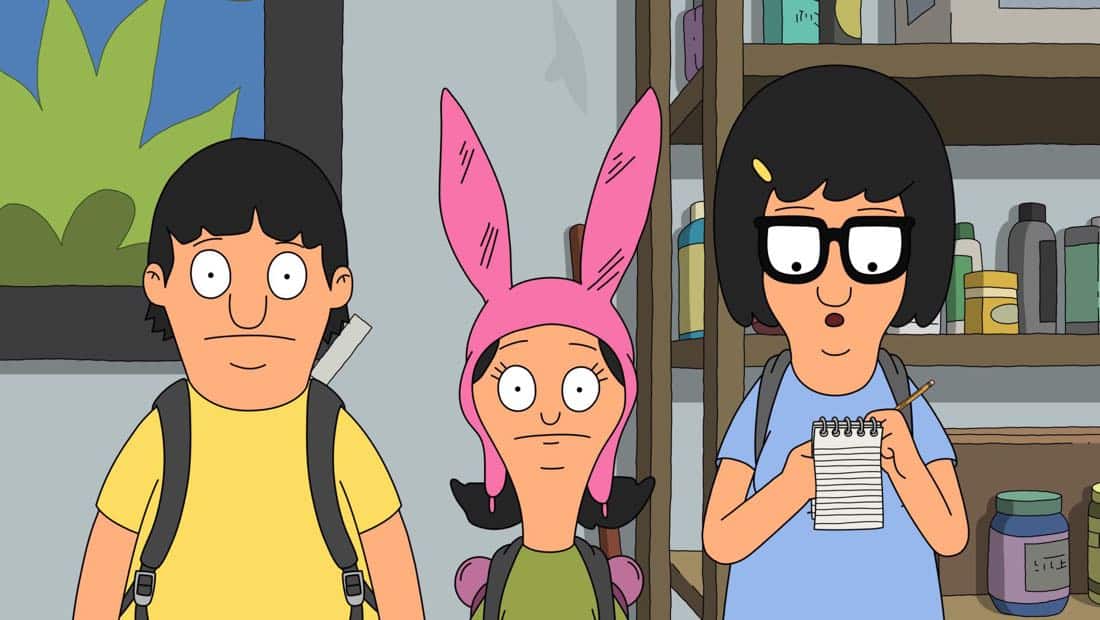 When the kids are given the task of making homemade gifts for their grandma’s birthday, they set out to find a secret room filled with homemade ceramics which, according to urban legend, has been boarded up for years at their school. Meanwhile, Teddy starts a phone repair service and the adults become determined to improve his online rating in the all-new “The Secret Ceramics Room of Secrets” episode of Bob’s Burgers airing Sunday, March 18 (7:30-8:00 PM ET/PT) on FOX. (BOB-719) (TV-PG L) BOB’S BURGERS Season 8 Episode 10 Photos The Secret Ceramics Room of Secrets.