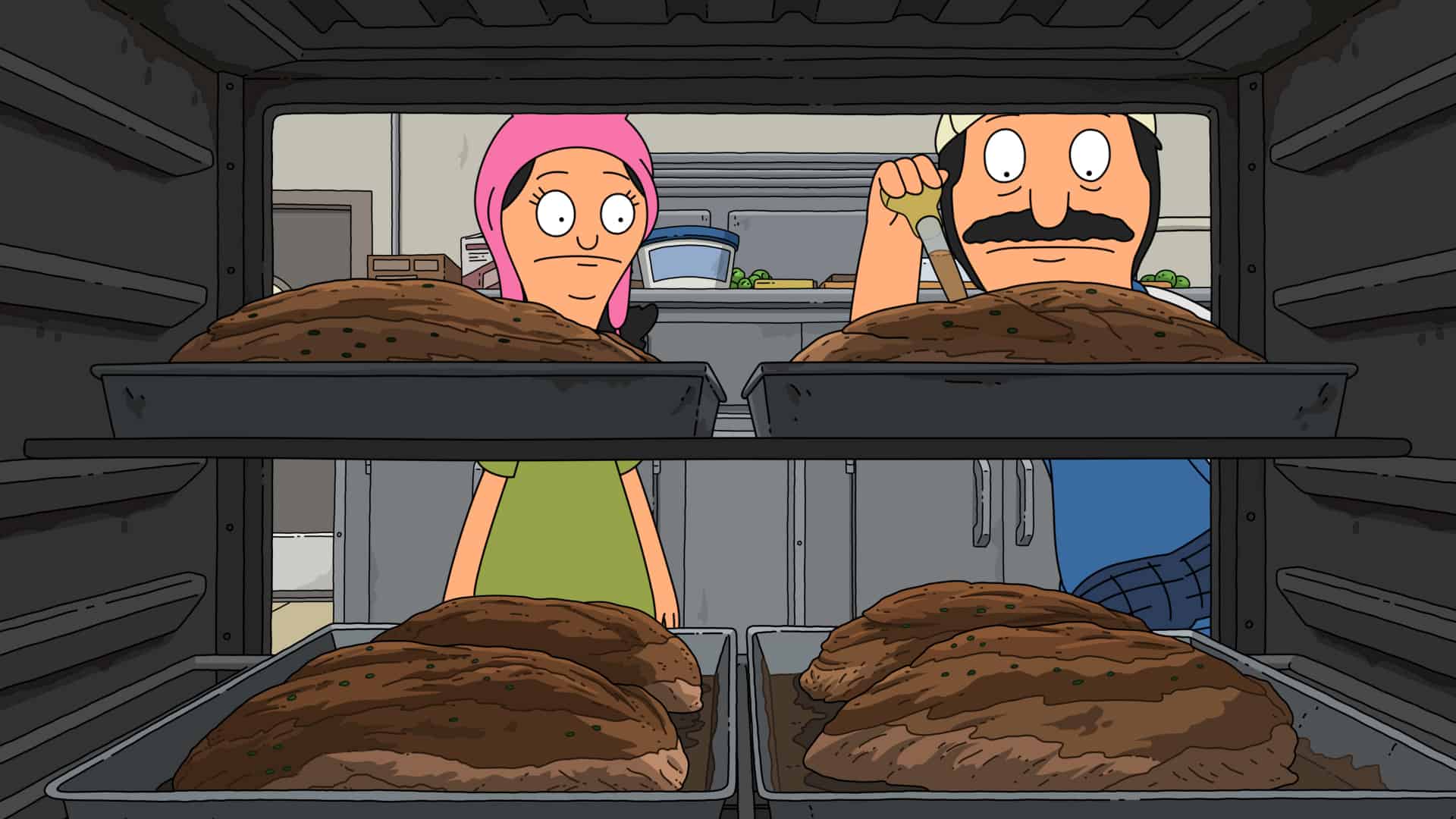 BOB’S BURGERS Season 12 Episode 8 Photos Stuck In The Kitchen With You – When Bob volunteers to cook Thanksgiving dinner for a retirement home, Louise gets stuck helping him on his most intense cooking day of the year. Meanwhile, Gene and Tina try to help Zeke entertain the residents in the all-new “Stuck in the Kitchen with You” Thanksgiving-themed episode of BOB’S BURGERS airing Sunday, Nov. 21 (9:00-9:30 PM ET/PT) on FOX. (BOB-1106) (TV-PG L) s12e08 12×08 12.08 s12e8