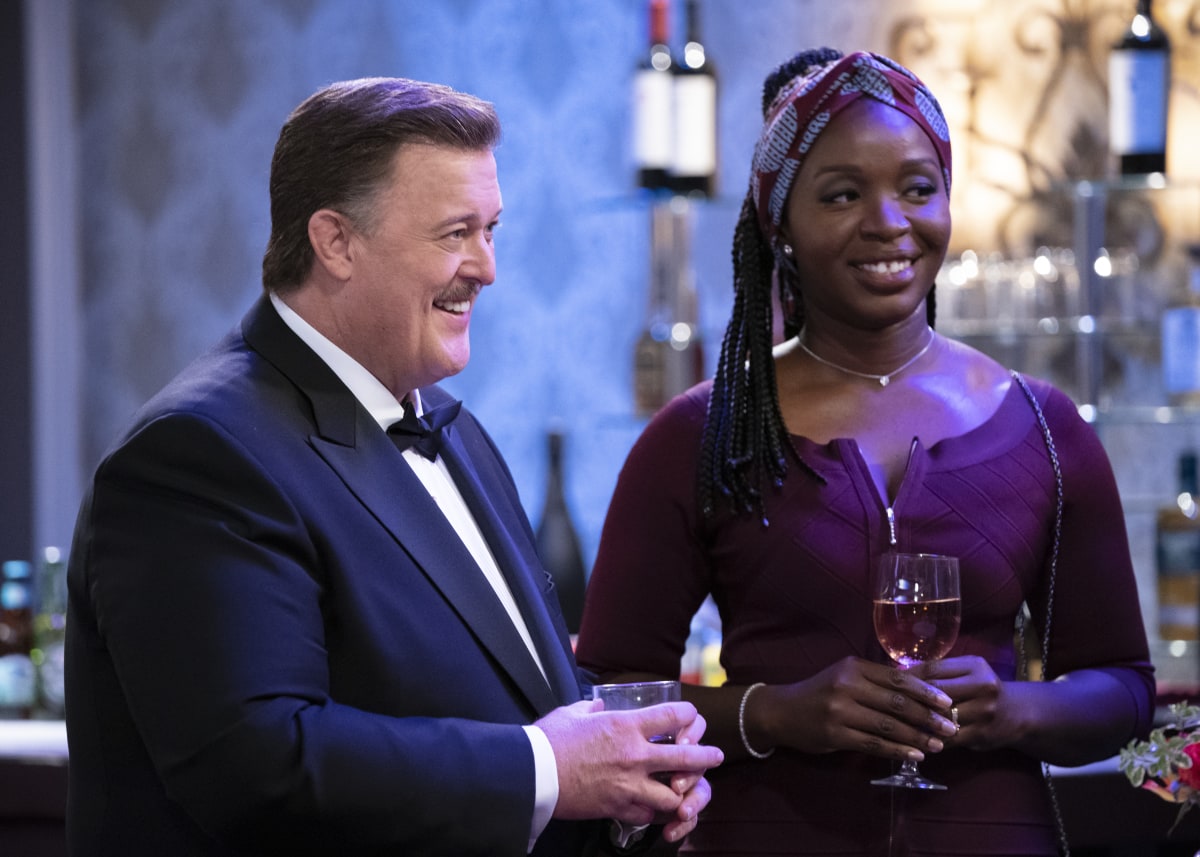 BOB HEARTS ABISHOLA Season 2 Episode 3 Photos Straight Outta Lagos – “Straight Outta Lagos” – Bob is excited to show off Abishola at his industry awards gala, but ruins the evening when he doesn’t let her speak for herself. Also, Douglas tries fitting in with Goodwin and Kofo as one of the blue-collar guys on the warehouse floor, on BOB ♥ ABISHOLA, Monday, Nov. 30 (8:30-9:00 PM, ET/PT) on the CBS Television Network.