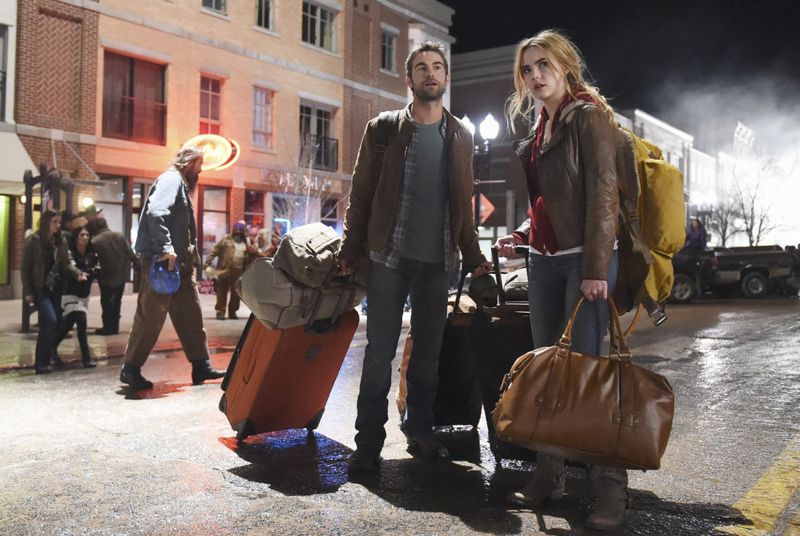 It should not surprise you to learn that ABC’s BLOOD & OIL is a prime-time soap. After all, the alphabet network relies on the genre just as heavily as CBS does on crime procedurals. It’s sort of their hallmark. But there are good prime-time soaps (Grey’s Anatomy) and bad prime-time soaps (remember Betrayal? No? Me, neither). Which one is this?

Sadly, it is bad. A lot happens in the first hour of BLOOD & OIL, and it turns out to be too much. In an effort to keep the story rocketing along, the writers abandon even the slightest tinge of reality. A terrible car wreck? Yep, both occupants walk away unscathed. Need a large sum of money in a short amount of time? No problem, they’ll get it. Want to build a better life for yourself and your family? It only takes a week, but in this world, it could probably just as easily be gone in even less time. Half a dozen twists rocket past so fast you just might get whiplash. I don’t know how the production can possibly keep up this pace for twenty-two hours a year, as even in the pilot, it seems like they’re blowing through all the possibilities.

That just makes the show hard to get into. If you cannot relate to the people, or at least wish you were them, why would you watch? There isn’t a deep mystery, nor a bunch of secrets remaining hidden. It’s just betrayal and bad deeds, one after another, that cause harm to the other characters, and makes life harder. Then, a fantastical solution presents itself so that they can quickly move on to the next thing. The show itself has ADD.

BLOOD & OIL is basically an inferior Dallas. Inferior even to the recent TNT continuation of that show because of BLOOD & OIL’s all-over-the-place structure, with about an equal quality cast. As soon as you see the premise, you’ll see why Dallas is the first show that springs to mind to compare it to.

The cast is a solid B-tier. All of the actors are serviceable, but none stand out as excellent. They handle the scenes well, but without a lot of subtext. All of these performers could be well-used in certain parts, but not as the lead ensemble of a drama like this, and their combined average deliveries keep the show in the middle strata of quality.

Set in a North Dakota oil boom, we get a batch of moderately interesting players. Chace Crawford (Gossip Girl) is Billy LeFever, a brash young man with big dreams. Along with his high school sweetheart, and now wife, Cody (Rebecca Rittenhouse, Red Band Society), Billy borrows a lot of money from his family and friends and moves to a town he is sure he can strike it rich in. Once there, he meets tycoon Hap Briggs (Don Johnson, Dash Bridges), who ends up taking a shine to Billy. Hap has his own strong, loving partner, Carla (Amber Valetta, Revenge), and a screw-up son, Wick (Scott Michael Foster, Greek). These two families are the center of BLOOD & OIL, with a few townspeople sprinkled in every once in awhile.

What would make BLOOD & OIL worth your time? Perhaps a slower, more thoughtful arc in which the characters actually have to work for what comes to them. Maybe there could be some challenges we see them struggle to overcome. And perhaps some deep scenes which require more than a surface-level emotion could be added. None of this is evident in the first hour, and I’m not confident any of it will be incorporated into future installments, either.