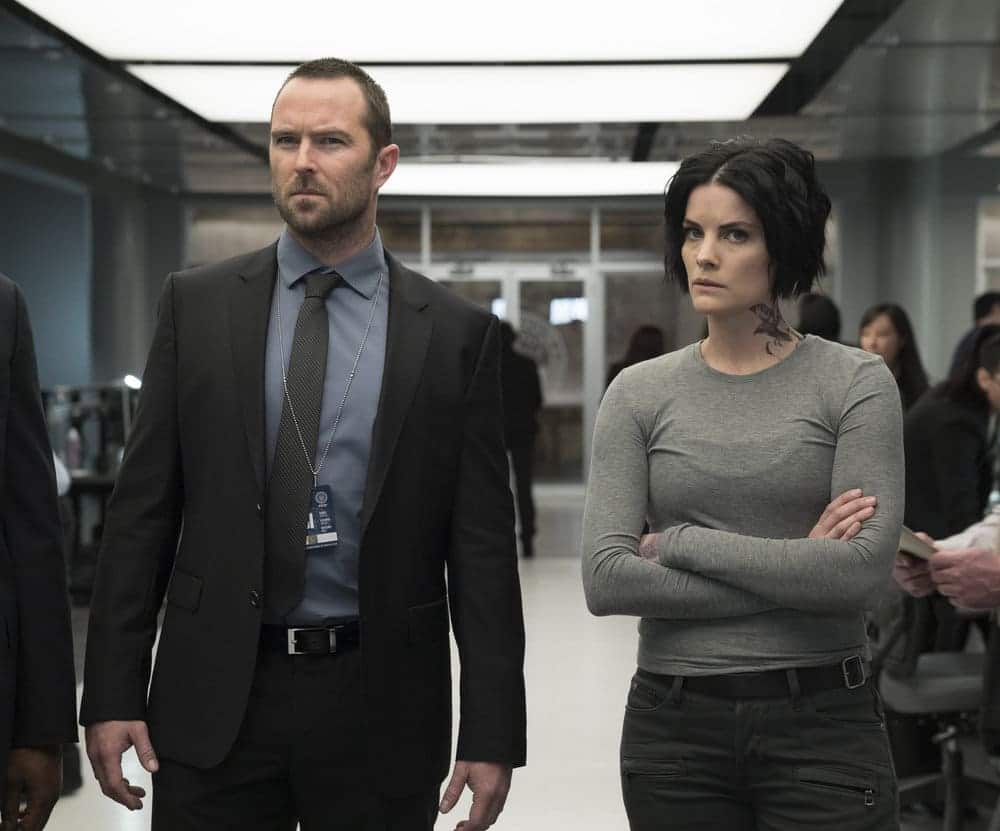 The revelation of Jane’s identity and the source of her origin leads to even more intriguing mysteries on the second season of Blindspot, the compelling NBC crime drama, to be released on DVD and Blu-ray™ August 8, 2017 from Warner Bros. Home Entertainment (WBHE). From creator Martin Gero (Bored to Death, The L.A. Complex) and Berlanti Productions (Arrow, The Flash, Supergirl), Blindspot: The Complete Second Season features 22 exciting episodes and loads of extras, including new featurettes, deleted scenes, a gag reel and much more. The second season of Blindspot will be released in eye-catching 1080p high definition video and will feature DTS-HD master audio, for superior sound quality. Blindspot: The Complete Second Season will retail for $39.99 SRP for the standard DVD edition and $44.98 SRP for the Blu-ray™ edition.

Blindspot returns for a high-octane second season as the mystery behind Jane Doe (Jaimie Alexander, Thor films, Agents of S.H.I.E.L.D.) continues to deepen. After the shocking events in the first season finale, we learn that Jane is not who she (or Kurt Weller’s FBI team) thought she was.

Season two continues to unravel the conspiracy behind her missing identity and her former life with the shadowy organization known as Sandstorm – before joining Weller and the FBI. New faces appear on the faceless organization with the addition of Luke Mitchell (Agents of S.H.I.E.L.D.) and Michelle Hurd (Law & Order: SVU) as members of the shadowy team that initially sent Jane to the FBI. In addition, The Good Wife’s Archie Panjabi joins the second season as the head of a secret division within the NSA that’s also been tracking Jane Doe’s case from afar. With everything somehow connected to Jane and her cryptic tattoos, the riddle of clues inked in her skin and erased from her mind is more crucial than ever!

Originally premiering on NBC in September 2015, Blindspot tells the story of a beautiful and mysterious woman (Alexander) who is found naked in Times Square with her body completely covered in intricate, coded tattoos. She has no memories of her past and she is clueless about her own identity. She is dubbed Jane Doe and is investigated by the FBI when they learn one of her mysterious tattoos, bears the name of FBI agent Kurt Weller (Sullivan Stapleton, 300: Rise of an Empire, Strike Back). As the FBI investigates and solves the complex treasure map of her body, an ever-widening web of conspiracy and corruption is revealed.

Currently in its second season on NBC, Blindspot is produced by Berlanti Productions and Quinn’s House in association with Warner Bros. Television. Blindspot was created by Martin Gero (Bored to Death, The L.A. Complex) who executive produces along with Greg Berlanti (The Flash, Arrow, Supergirl), Sarah Schechter (Riverdale, The Flash, DC’s Legends of Tomorrow) and Jeff F. King (White Collar).

The second season of Blindspot is also currently available to own on Digital HD. Digital HD allows consumers to instantly stream and download all episodes to watch anywhere and anytime on their favorite devices. Digital HD is available from various digital retailers including Amazon Video, CinemaNow, iTunes, PlayStation, Vudu, Xbox and others. A Digital Copy is also included with the purchase of specially marked Blu-ray discs for redemption and cloud storage through participating retail services including CinemaNow, Vudu and Flixster Video.