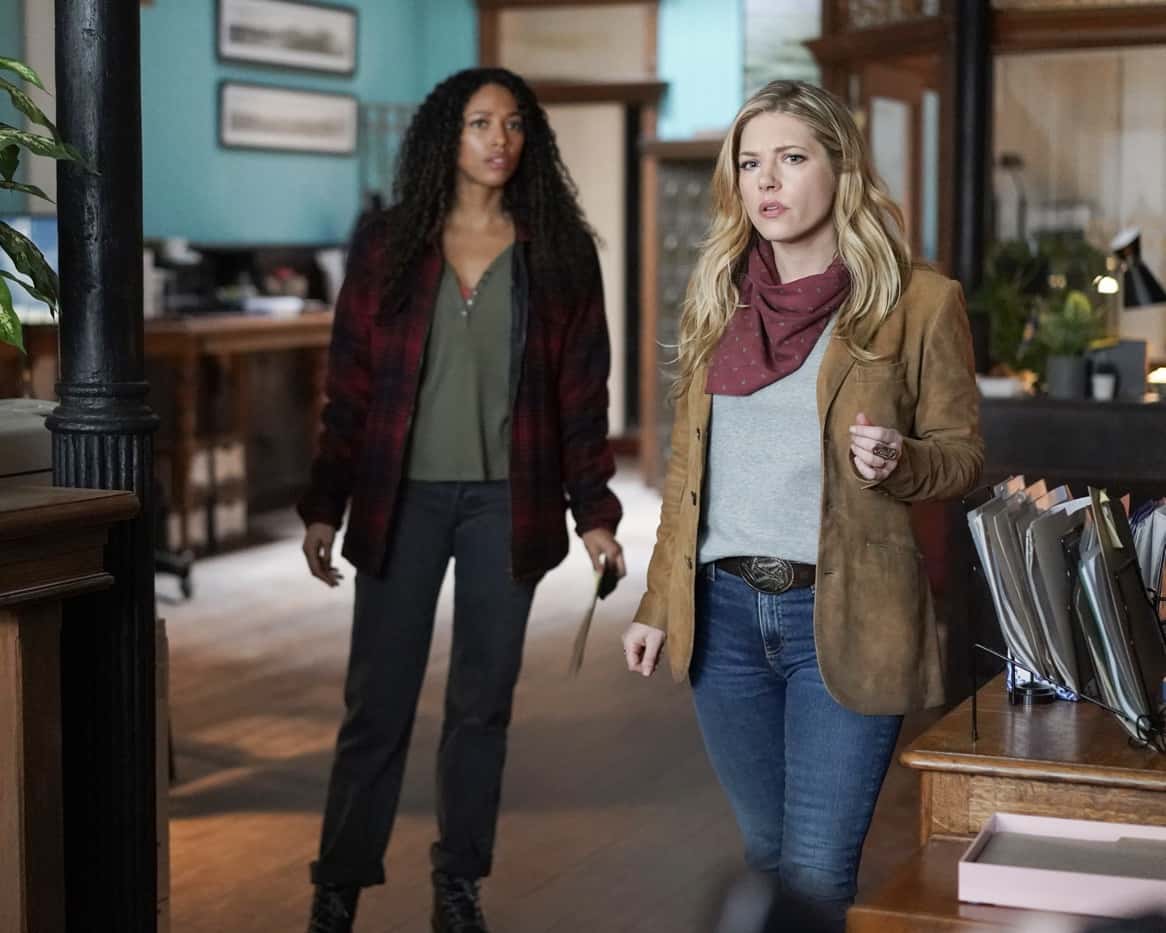 BIG SKY Season 1 Episode 10 And 11 Photos Catastrophic Thinking/All Kinds of Snakes – Three months after Ronald’s escape, Cassie and Jenny have officially partnered up to take down a fresh slew of troublemakers, but all isn’t coming up roses; Ronald is still on the loose, a domestic case takes a macabre and deadly turn, and a U.S. Marshall is sticking his nose in their case files. Right as the women of Dewell & Hoyt seem to be getting used to the new normal, Jenny gets an alarming call from an old flame; leading her and Cassie headfirst into a new case, a new jurisdiction and a whole lot of new trouble. It’s time to meet the Kleinsassers on the two-hour return of “Big Sky,” TUESDAY, APRIL 13 (9:00-11:00 p.m. EDT), on ABC. Episodes can also be viewed the next day on demand and on Hulu.

“Catastrophic Thinking” was written by Annakate Chappell and Mathew Tinker, and directed by Gwyneth Horder-Payton.

“All Kinds of Snakes” was written by Elwood Reid and Maria Stern, and directed by Gwyneth Horder-Payton.