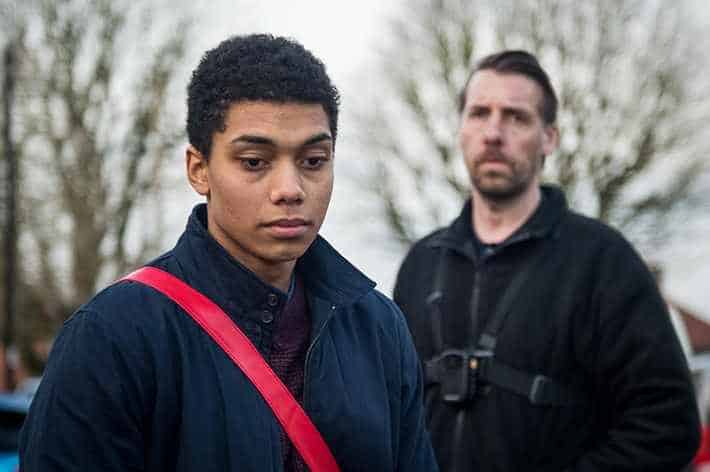 This one hour factual drama for BBC Three tells the true story of Jerome Rogers, a 19-year-old motorbike courier from Croydon, who sees two unpaid £65 traffic fines escalating to more than a thousand pounds. Unravelling under the pressure of his mounting debt and with his only source of income – his bike – clamped, Jerome took his own life.

Due to air later in the month, this hard hitting film depicts the dangerous drawbacks of the gig economy and insecure jobs, the impact of traffic fines and the destructive power of debt. Killed By My Debt is directed by the multi award winning Joseph Bullman (Secret History Of Our Streets, Seven Sins Of England) and produced by BBC Studios Documentary Unit. This film continues in the tradition of fact based BAFTA and RTS award winning dramas for BBC Three such as Don’t Take My Baby, Murdered By My Father and Murdered For Being Different.

The film documents Jerome’s personal journey as his happy and hopeful nature gives in to suicidal despair. Director Joseph Bullman and writer Tahsin Guner worked closely with Jerome’s family – and with the testimony and evidence given to the inquest into Jerome’s death, which included ‘bodycam’ recordings of Jerome’s confrontations with the bailiffs. The team worked with evidence from young people working inside the gig economy and from those among them gripped by debt. The result is a minutely researched story of a national personal debt crisis.

Damian Kavanagh, Controller, BBC Three, says: “This drama is an incredibly important British story and a devastating examination of the damage wrought on one family by low income, unstable jobs and debt. It is an issue that affects many in the country, mainly young people, and I’m proud that BBC Three continues to bring thought-provoking, powerful storytelling to younger audiences.”

Aysha Rafaele, Executive Producer, says: “BBC Three is unrivalled in its commitment to bringing the most urgent social issues to its young audience and with the support of Jerome’s family we are honoured to be able to help raise awareness of the devastating consequences of debt on young people’s lives.”

In addition to this hour long factual drama, separate short-form content from BBC Three will include a short interview with Jerome’s mum and sister, and a Confessions Of A Bailiff film in which a working bailiff talks about the stresses of life as a gig economy bailiff struggling to earn a living.

Killed By My Debt is a 1×60′ factual drama which will be available online from late-May 2018. It was commissioned by Damian Kavanagh and Clare Sillery for BBC Three. The director is Joseph Bullman, the writer is Tahsin Guhner, the documentary producer is Laura McCutcheon, the producer is Chris Clough and executive producer is Aysha Rafaele. It is made by BBC Studios’ Documentary Unit for BBC Three.