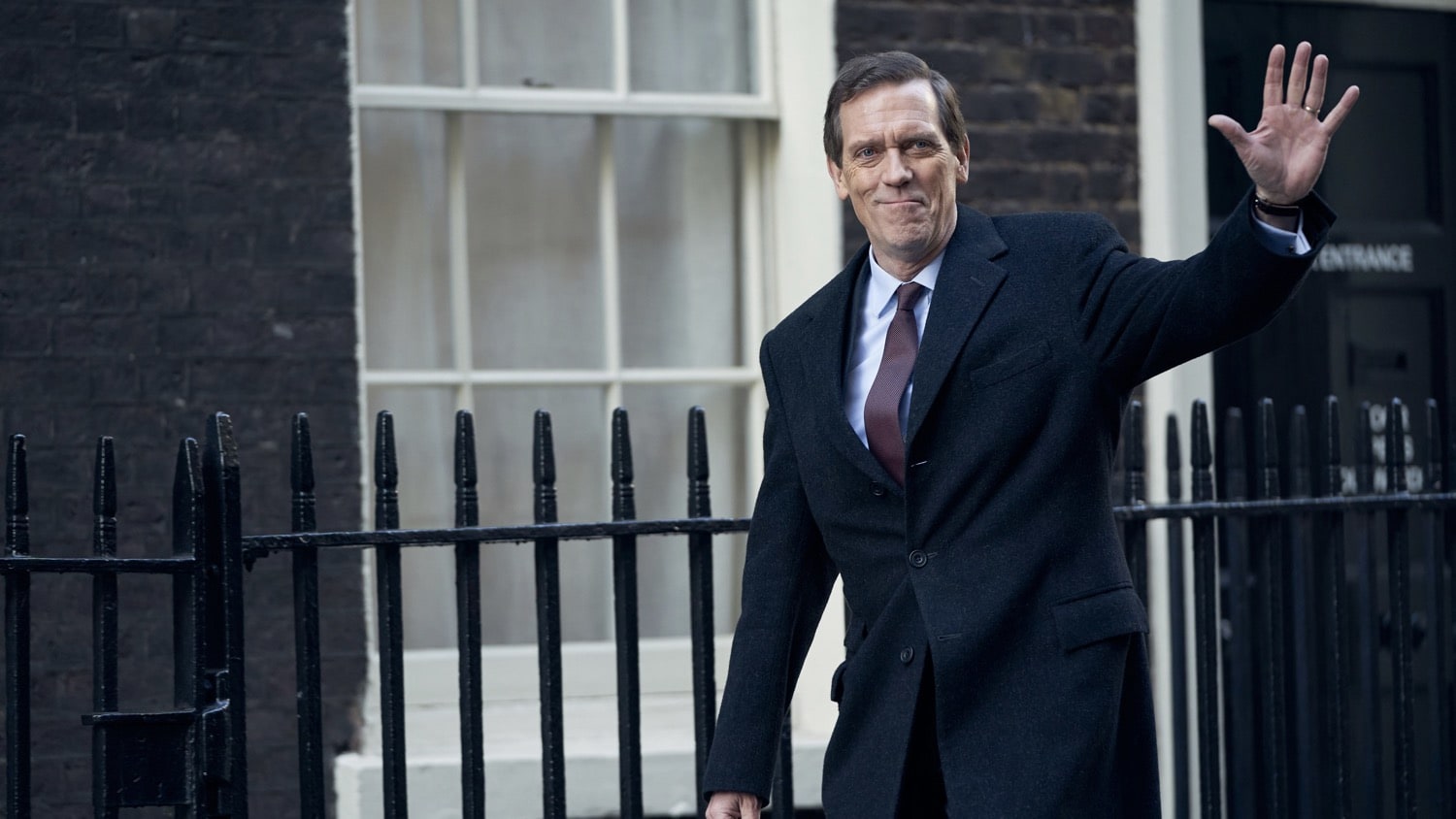 BBC One has released a first look image of Hugh Laurie (The Night Manager, House) in Roadkill, a major new political thriller created by David Hare.

Peter Laurence (Hugh Laurie) is a self-made, forceful and charismatic politician. Peter’s public and private life seems to be falling apart – or rather is being picked apart by his enemies. As the personal revelations spiral, he is shamelessly untroubled by guilt or remorse, expertly walking a high wire between glory and catastrophe as he seeks to further his own agenda whilst others plot to bring him down. However events show just how hard it is, for both an individual and a country, to leave the past behind. With enemies so close to home, can Peter Laurence ever out-run his own secrets to win the ultimate prize?

Filming took place in London last year and further details will be confirmed in due course.

Roadkill is a 4×60’ series for BBC One and Masterpiece. It is executive produced by creator David Hare, George Faber and Mark Pybus for The Forge, Lucy Richer for the BBC and Michael Keillor, and Rebecca Eaton for Masterpiece. It is directed by Michael Keillor (Line Of Duty, Strike, Chimerica) and produced by Andy Litvin (The Trial, Hunger, Ginger & Rosa). It is distributed internationally by all3media international.