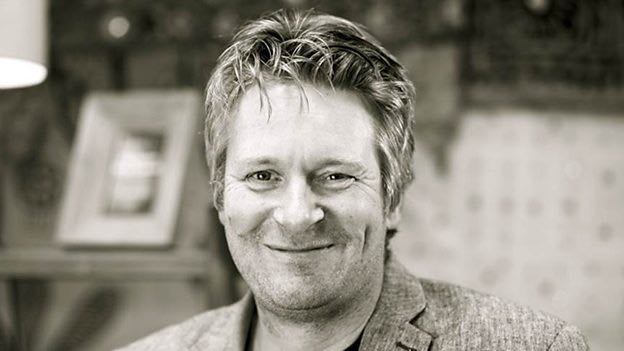 Dan McGolpin, Controller of BBC Programming and Daytime, has announced the commission of a new 10-part crime drama from Dan Sefton, the writer behind hits such as The Good Karma Hospital, Trust Me, Delicious and Porters (pictured) for BBC One Daytime and iPlayer.

The Mallorca Files, set amongst the expat community on the eponymous Spanish island, features a British and German detective clashing over their very different approaches to policing the island. While self-confessed introverted Brit Miranda Blake takes her career (as well as everything else in life) seriously, German Max Wolf is a classic extrovert and unashamedly unconventional. The combination of these two characters and the sun-drenched setting sets the stage for humour as well as thrills, as the duo do battle to solve each new crime.

The Mallorca Files (w/t) is a Cosmopolitan Pictures/ Clerkenwell Films co-production for the BBC, distributed by BBC Studios. It will begin production in November this year and air on BBC One in 2019. Casting is yet to be confirmed.

The Mallorca Files is the first production greenlit for Cosmopolitan Pictures, the independent production company founded by Ben Donald in 2014. It has been created with his production partners at Clerkenwell Films and commissioned by Controller of BBC Programming and Daytime, Dan McGolpin.

The Mallorca Files will broadcast on BBC One Daytime day by day, and all ten episodes will also drop on to BBC iPlayer on the first day of transmission.

Dan McGolpin, Controller of BBC Programming and Daytime, says: “I’m delighted to be working with Dan Sefton, Clerkenwell Films and Cosmopolitan Pictures on an enjoyable and action-packed series following two very different police officers thrown together in a Mallorcan melting-pot. Viewers on BBC One Daytime and BBC iPlayer are in for a treat.”

Showrunner Dan Sefton adds: “With influences from Almodovar to Coen Brothers, The Mallorca Files brings a fresh new spin to the story of two supposedly mismatched cops forced into an uneasy partnership. Set in the picture-perfect Balearic Island of Mallorca, action-packed, quirky and full of memorable characters, wit, and spectacle, this show is the perfect antidote to the British weather. Created by a team of talented writers including Rachael New, Alex McBride, Sarah Louise Hawkins and Dan Muirden, it has fun with a classic TV genre.”

Ben Donald, Founder of Cosmopolitan Pictures, says: “Right from the beginning I’ve wanted to make a series like the cop shows I grew up with and loved, with a pair of loveable characters people are drawn back to and want to hang out with; a show that is unashamedly entertaining and quite honestly a fun antidote to the pretty bleak world out there. In its funding, this series represents the very best of what coproduction can do to add value for the UK audience and licence fee payer. I’ve always wanted to find a way to bring the Anglo-German relationship on television out of sketch comedy and into the 21st century.”

Murray Ferguson, Chief Executive and Director, Clerkenwell Films, comments: “When entering into the partnership with Cosmopolitan Pictures we were excited by the ambition and variety of ideas on their slate. It’s fantastic to be collaborating with Ben on what we hope will be the first of many productions.”