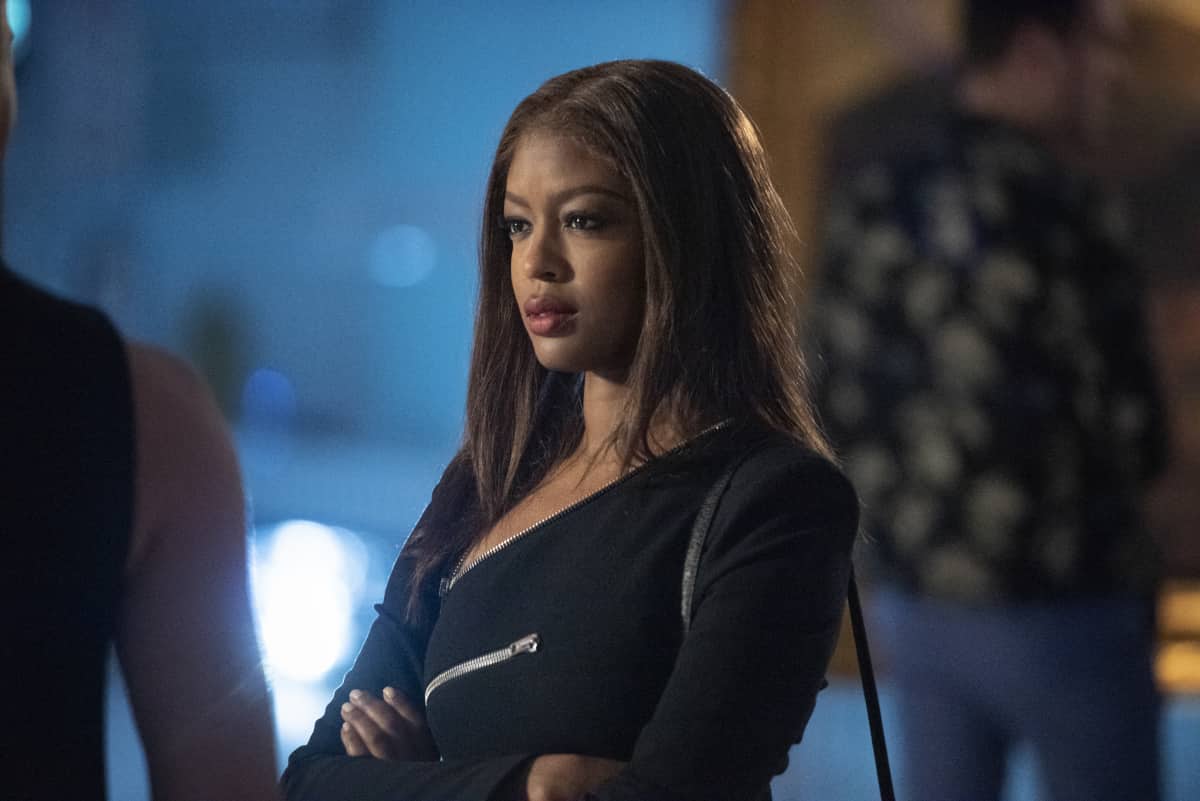 BATWOMAN Season 2 Episode 5 Photos Gore On Canvas – “Gore on Canvas” THE SECRETS UNDERNEATH – Batwoman (Javicia Leslie) is approached by Commander Kane (Dougray Scott) and Agent Moore (Meagan Tandy) to boost an infamous work of art that reveals the way to Coryana – and Kate.  Despite her reservations, Luke (Camrus Johnson) and Mary (Nicole Kang) convince Ryan to take the assignment, causing tensions within the Bat-team to escalate.  Meanwhile, as Alice (Rachel Skarsten) attempts to fulfill Safiyah’s (guest star Shivaani Ghai) insidious request, she slowly discovers that she may not remember everything about her time on Coryana.  Norma Bailey directed the episode written by Daniel Thomsen (#205). Original airdate 2/21/2021.  Every episode of BATWOMAN will be available to stream on The CW App and CWTV.com the day after broadcast for free and without a subscription, log-in or authentication required. s02e05 2×05 2.05