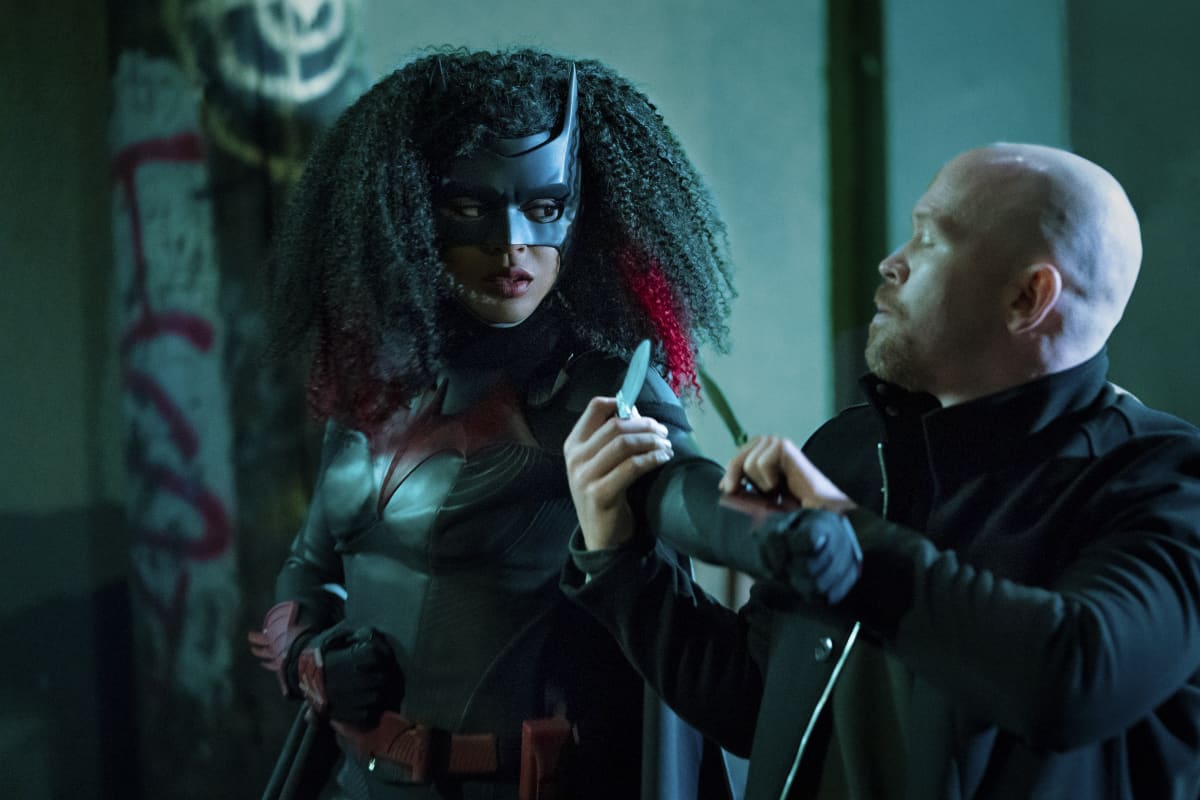 BATWOMAN Season 2 Episode 3 Photos Bat Girl Magic – s02e03 2×03 – “Bat Girl Magic!” – NEW HERO, NEW SUIT – As Ryan Wilder (Javicia Leslie) continues to prove herself as Batwoman, she encounters the challenge of every superhero – living a double life. Mary (Nicole Kang) is still Team Ryan, while Luke (Camrus Johnson) continues to have reservations – especially when Ryan makes some alterations and unveils a new Batsuit! Meanwhile, Victor Szasz (guest star Alex Morf) is slashing his way through the city streets, and Commander Kane (Dougray Scott) has The Crows trying to stop the flow of Snakebite through Gotham. Safiyah (guest star Shivaani Ghai) takes notice of Alice’s (Rachel Skarsten) antics and Sophie (Meagan Tandy) finds herself in unexpected circumstances. Holly Dale directed the episode written by Nancy Kiu (#203). Original airdate 1/31/2021. Every episode of BATWOMAN will be available to stream on The CW App and CWTV.com the day after broadcast for free and without a subscription, log-in or authentication required.