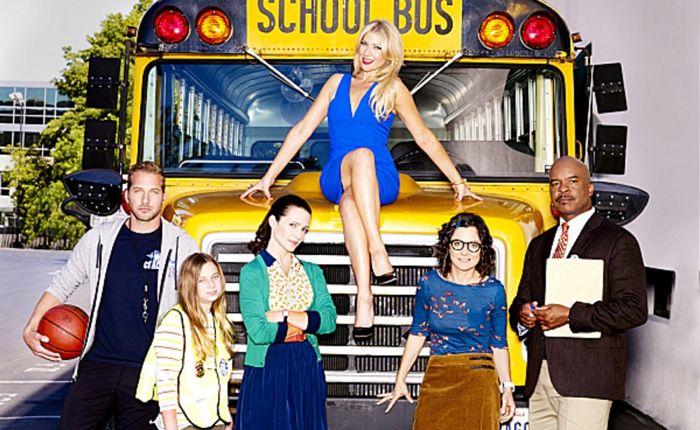 A couple of years ago, a pretty awful “comedy” film hit theaters. Called BAD TEACHER, it followed the antics of an abandoned trophy wife as she became an educator in the public school system. For some inexplicable reason, someone thought a terrible movie would make a great TV show. Hence, we now get BAD TEACHER on CBS, beginning this Thursday at 9:30 p.m. ET.

The premise itself is highly flawed. A woman with absolutely no educational training is somehow hired, without license, degree, or credentials, to teach youngsters. She then acts completely unprofessionally in front of staff, students, and parents, and still gets to keep the job. Not only is this completely unrealistic, teaching standards being quite high and requiring much preparation and schooling, but it just isn’t funny.

Perhaps my own feelings about the field of education, having studied to become a teacher myself, color my opinion of BAD TEACHER. I’m sick of teachers being looked down upon, criticized for the “high” pay (low compared to most positions that require a Master’s degree), working hard for little credit, and being blamed for things that are wrong with the system, graded on student performance they often can’t control that much. At a time when press about teachers is not good, it really irks me that a network would be irresponsible enough to put this drivel on the air, further reinforcing negative and untrue stereotypes.

Getting off my soapbox, I guess I’ll tell you a little about the show itself. Ari Graynor (Fringe, Nick and Nora’s Infinite Playlist) stars as Meredith Davis, the titular woman. She gets nothing in her divorce, due to an iron-clad pre-nup, and so sets about finding herself a new sugar daddy. While crashing with her friends (‘Til Death’s Kat Foster and Luck’s Richard Kind), Meredith discovers that their child’s school is full of eligible, rich dads. Tricking inept sad-sack Principal Carl (David Alan Grier, In Living Color) into giving her a job, Meredith begins trying to land the next big one.

Even though Meredith routinely blows off everyone at her new place of employment, she is slotted into a place in the building’s hierarchy. Dorky Irene (Sara Gilbert, The Big Bang Theory) latches on, forcing herself into position as Meredith’s bestie. A former classmate, Joel (Ryan Hansen, Veronica Mars), decides he likes Meredith and sticks around to be her love interest. Well, he will be when she gets over her obsession with wealth. And the current Top Dog at the school, controlling Ginny (Kristin Davis, Sex and the City), decides Meredith is a threat, even though the blonde shows no ambition whatsoever, and casts herself as the enemy.

Of these people, Joel is the only one that comes across as interesting. Joel has an odd backstory, his penis being posted in photographs all over the school by Meredith’s predecessor, even though he doesn’t come across as the type of guy who would spark such venom. He isn’t pushy with Meredith, hanging around but waiting for her to come to him. He also seems the only one not participating in the game, standing by with a smirk as Meredith makes a fool of herself. He’s a normal, sane guy in a world populated with stereotypes.

Of course, as a series like this must, Meredith finds a heart at the end of the pilot. Unfortunately, there is no build up or character growth to support this. For the entire half hour, Meredith acts like a selfish jerk, and then, without any warning or catalyst, she suddenly pretends to care. If the first episode can’t give her even a hint of an arc, it’s unlikely the rest of the series will correct the mistake.

It isn’t unusual for CBS to present a crass, unfunny comedy. It’s not even unheard of for them to land really good actors and force them into parts that are beneath them, though seldom has been assembled on a bad project a group this good (being a fan of Gilbert, Davis, Graynor, Hansen, and a number of non-central cast members), wasted immensely. But BAD TEACHER has barely any redeeming qualities and is certainly worth no one’s time.