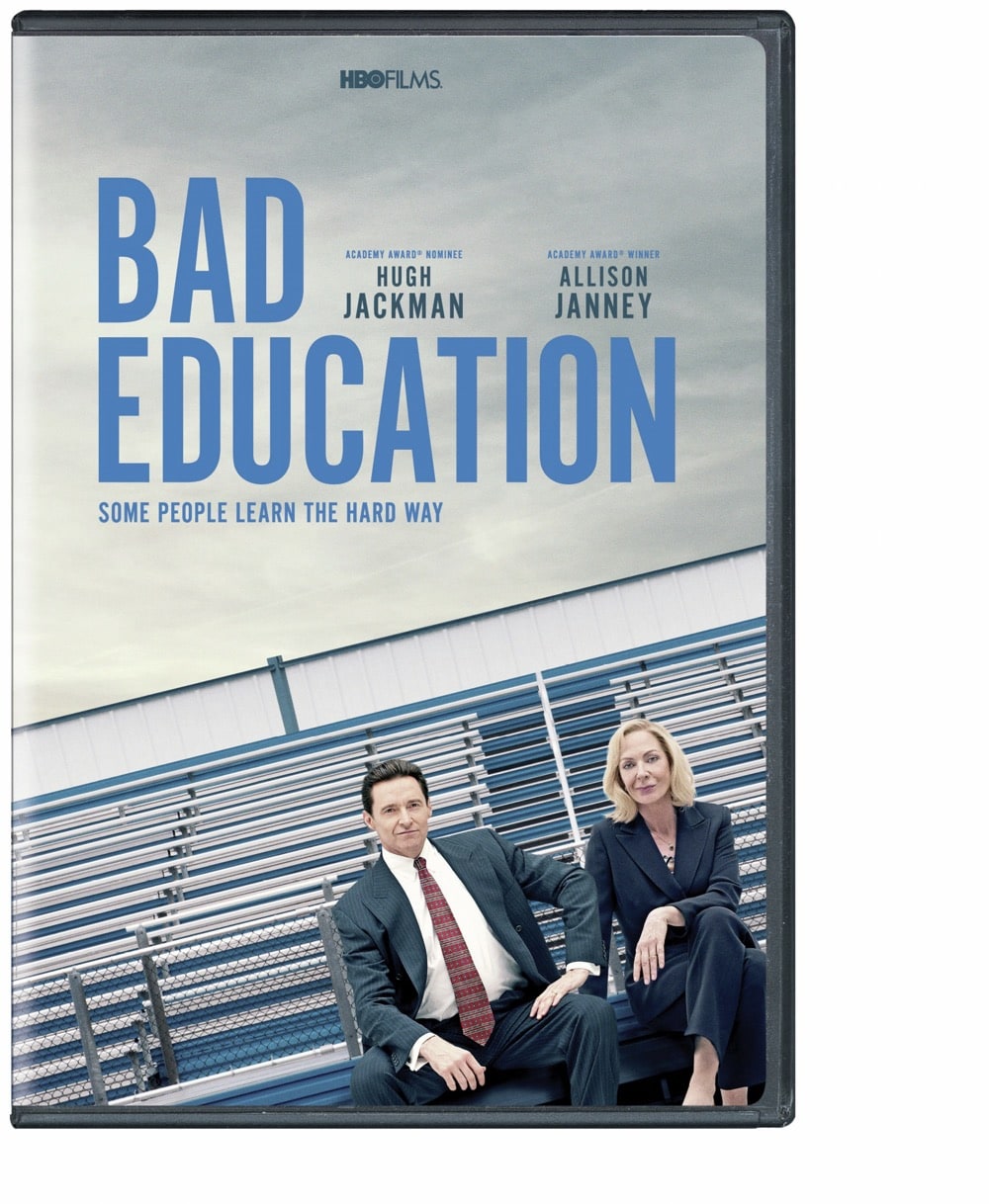 The fascinating true story of one of the largest public-school embezzlement scandals in America, is chronicled in Bad Education. This compelling original film from HBO will be released on DVD by Warner Bros. Home Entertainment on September 8, 2020. Now fans have the opportunity to own this powerful film on DVD, including bonus content, which will retail for $19.98 SRP ($24.98 Canada). Bad Education is also available to own on Digital via purchase from digital retailers.

Additionally, Bad Education will be available on Blu-ray courtesy of Warner Archive Collection. The Blu-ray release includes all the bonus features on the DVD and is also arriving September 8, 2020. Warner Archive Blu-ray™ releases are found at wb.com/warnerarchive and your favorite online retailer.

Inspired by the true story that rocked the town of Roslyn, NY in 2004 and garnered attention nationwide, Bad Education centers on the stunning impact and aftermath of a multi-million dollar embezzlement scheme. The darkly comical film highlights the deficiencies of the public education system in the U.S. while examining the broader forces that foster greed, corruption and lack of accountability in our institutions.

Bad Education follows Frank Tassone (Jackman) and Pam Gluckin (Janney), who reign over a popular Long Island school district on the verge of the nation’s top spot, spurring record college admissions and soaring property values. Between them, they racked up over $11.2 million dollars in extravagant personal expenses.

“Bad Education is a fascinating tale of greed and corruption that’s superbly written and directed, with stellar performances by Hugh Jackman and Allison Janney,” said Rosemary Markson, WBHE Senior Vice President, TV Marketing. She added, “It’s a truly exceptional film that has resonated with critics and viewers, and we are delighted to make it available to own on Digital, DVD and Blu-ray. Fans won’t want to miss the opportunity to add this outstanding film to their home entertainment collections.”

Bad Education is currently available to own on Digital and will be available to rent on Digital on July 6, 2020. Digital ownership allows consumers to instantly stream and download all episodes to watch anywhere and anytime on their favorite devices. Digital is available from various retailers including Apple TV, Amazon Video, Google Play, Vudu, PlayStation, Xbox and others.

About Warner Archive Collection
Warner Archive Collection (WAC) continues to serve as host to some of the most beloved films, television series and animated entertainment in history – and many are now available on Blu-ray. WAC’s canon runs the gamut from restored and remastered Blu-ray classics such as The Americanization of Emily, The Big Sleep, The Great Race, She Wore a Yellow Ribbon, Victor/Victoria and Yankee Doodle Dandy to adored TV offerings such as Longmire (on Blu-ray), Alice and Family Matters (on DVD) to feature-length animated films, including the recent Blu-ray release of Batman: Mask of the Phantasm, to animated TV series headed by recent Blu-ray releases such as Justice League Unlimited, Teen Titans, Batman: The Brave and the Bold and Young Justice, as well as a wealth of classic animated series on DVD including dozens of Hanna-Barbera classics. WAC offerings can be found via wb.com/warnerarchive and your favorite online retailer.