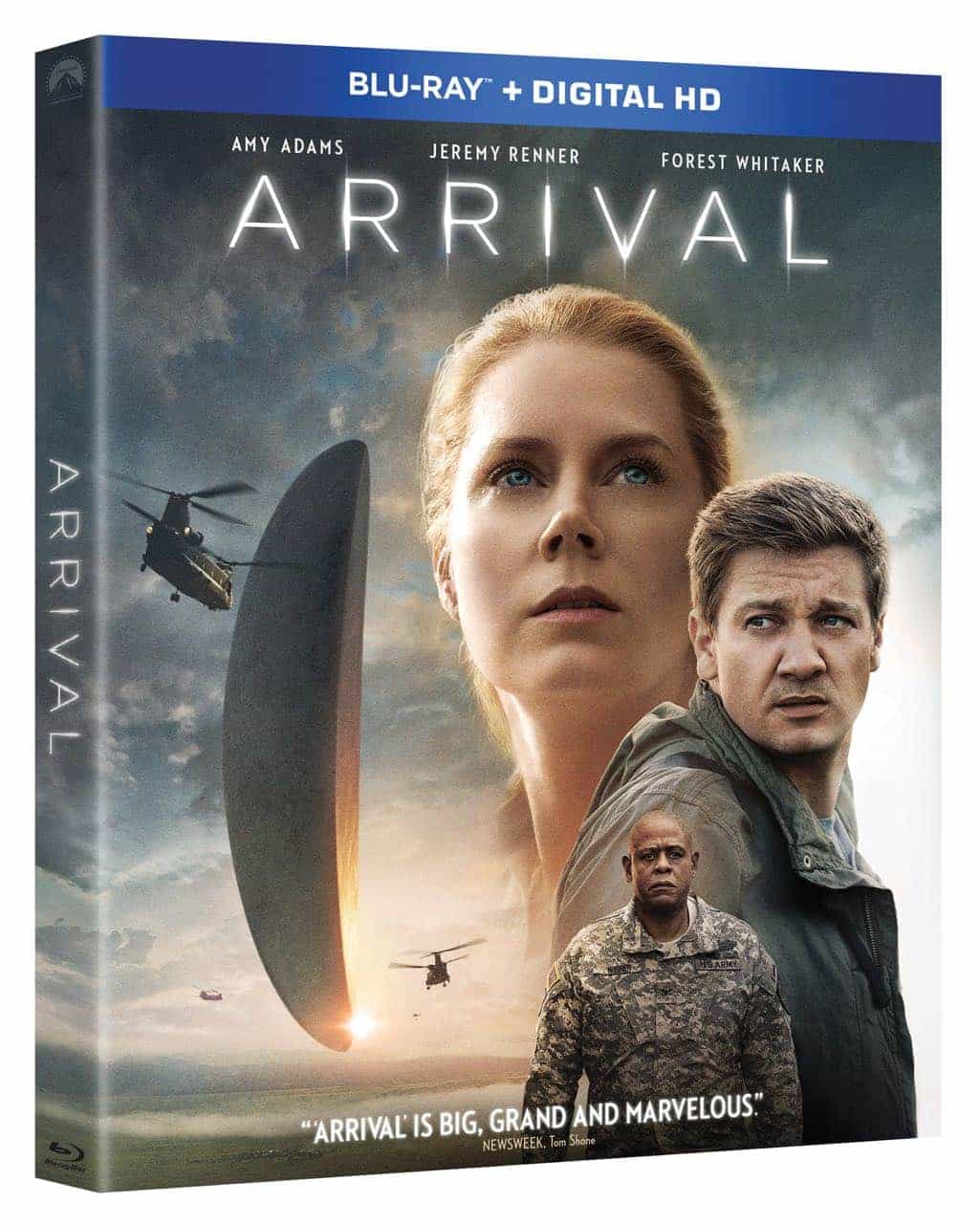 Seat42F and Paramount Home Media Distribution have teamed up to give THREE lucky winners a copy of ARRIVAL on Blu-ray. For a chance to win leave a comment below telling us your favorite Amy Adams, Jeremy Renner or Forest Whitaker movie. Only one entry per person. Contest ends February 28th. Winners will be notified on March 1st via email so make sure to use a valid email address when you post your comment.

Five-time Academy Award® nominee* Amy Adams “delivers one of her best performances” (Brian Truitt, USA Today) as expert translator Louise Banks. When mysterious spacecraft touch down across the globe, an elite team races against time to decipher their intent. As tensions mount between fearful governments, Banks discovers the aliens’ true purpose and, to avert global war, takes a chance that could threaten her life, and quite possibly humanity. Oscar® nominee** Jeremy Renner and Academy Award® winner*** Forest Whitaker co-star in this epic film with “a mind-blowing ending” (Brian Truitt, USA Today) that “you will want to see again and again”(Brian Formo, Collider).

The ARRIVAL 4K Ultra HD and Blu-ray Combo Packs include over an hour of engrossing special features, with in-depth explorations of the film’s subject matter, sound, score, editing and more.

The Blu-ray Combo Pack and 4K Ultra HD Combo Pack available for purchase include a Digital HD Version of the film that can be accessed through UltraViolet™, a way to collect, access and enjoy movies. With UltraViolet, consumers can add movies to their digital collection in the cloud, and then stream or download them—reliably and securely—to a variety of devices.