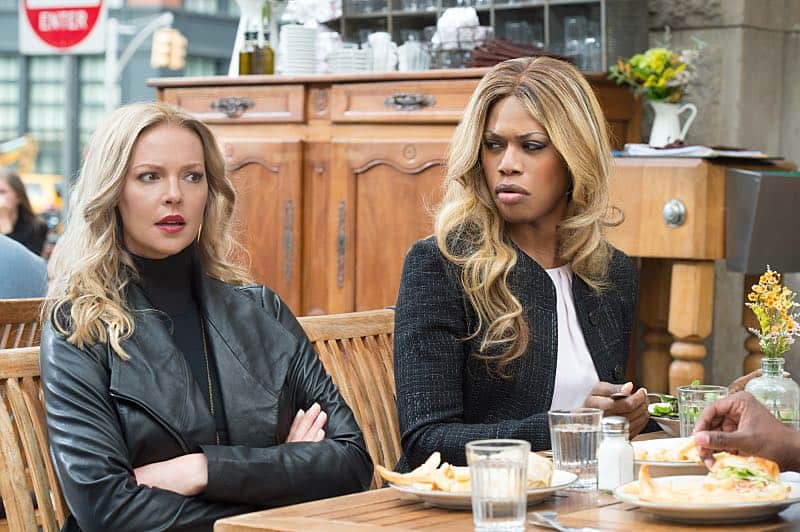 CBS’s latest drama is DOUBT. It’s a legal procedural that follows a group of lawyers in a firm as they defend clients and undergo personal drama. That synopsis is not particularly memorable or distinctive, but neither is the show, which offers little to set it apart from a hundred other television series. Even when only taking into account this single network’s offerings, it’s one of the weaker ones.

Katherine Heigl (Grey’s Anatomy), polarizing as she can be, actually does a pretty decent job as Sadie Ellis, the main protagonist of DOUBT. I found her believable and capable, much as I have in previous work. While her inclusion had me unenthusiastic about this project, I can’t fairly or honestly blame her for my distaste of it.

However, Sadie herself is a large part of the problem with DOUBT. She is not only defending Billy Brennan (Steven Pasquale, Rescue Me), a charitable doctor, for a murder from two and a half decades ago, but she’s also sleeping with him. This is ridiculous in its blatant play for soapy melodrama, with little regard for realism. I’m not saying a lawyer never sleeps with a client, but she is risking being disbarred by doing so, and such a story would seldom end well in real life. This overshadows the more interesting parts of Sadie, her relationship with her parents in particular, and ruins things before they even get started.

That isn’t the only thing wrong with DOUBT, though I feel that alone sinks it. The dialogue is hokey and trite, and that’s even when it’s not super predictable. None of the characters feel like actual people, and much of what they say is inconsistent with even the little character development we get. Either the roles are miscast or the writers don’t understand the roles they’ve created. Too many times, it yanks the viewer right out of the moment.

That’s a shame because the show has a pretty strong ensemble. Then again, I could say the same for lots of bad shows these days, it being easier to find good talent than to utilize it.. This particular line up includes Elliott Gould (MASH, Ray Donovan), Dule Hill (Psych), Laverne Cox (Orange is the New Black), Dream Walker (Don’t Trust the B—- in Apartment 23), and Kobi Libii (Alpha House). Each of them are great performers in other works, but if this was the only thing I had to judge them on, I wouldn’t know it. This is by far the worst series any of them have done, at least that I’m aware of, which leads me to believe it isn’t entirely, or at all, their fault.

The guest star line up is similarly over qualified and poorly utilized. Judith Light and Donna Murphy are among those in the pilot that I wish better for.

Now, while I often berate cop procedurals, I tend to find the ones focusing on lawyers much more interesting. There’s something about the court room drama that I find compelling, and it makes me more forgiving of the flaws. This, however, defies that trend by spending way more time on unimportant stories and failing to make any of the cases interesting. Instead, the series continuously focuses on the wrong things.

Unfortunately for DOUBT, the glow of The Good Wife, a far superior show of this genre, has not been away from CBS long enough to fade. With The Good Fight spin-off premiering later this week, even if it will be online-only after episode one, there’s an immediate replacement that is sure to be much better than this. As such, I don’t see any reason why anyone would want to tune into this program when the immediate comparisons will make it seem so poor by comparison.

DOUBT premieres this Wednesday at 10/9c on CBS.