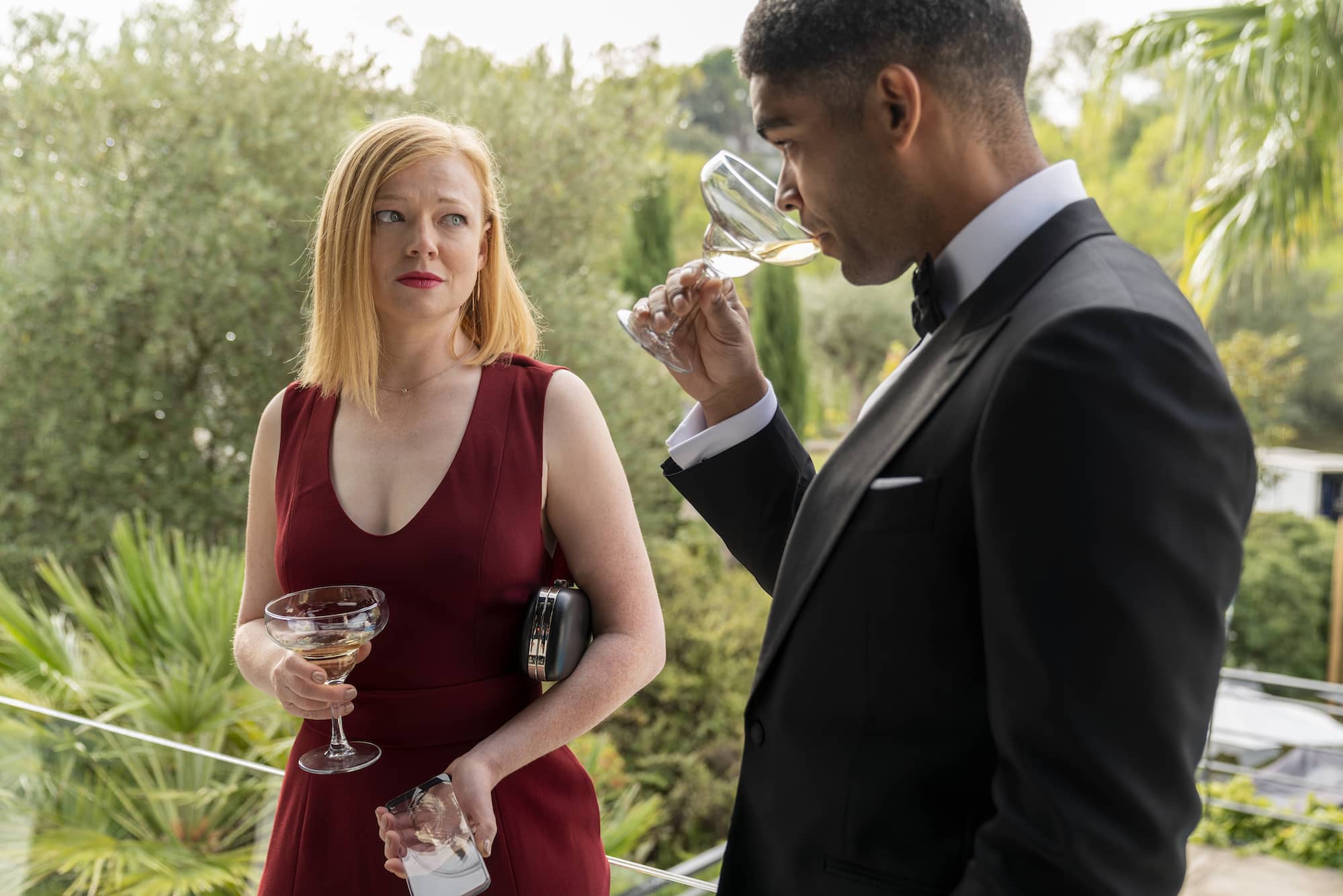 AMC+, AMC Networks’ new premium subscription bundle, will premiere on Thursday, October 1 the much-anticipated debuts of The Walking Dead Episode 1016, The Walking Dead: World Beyond and AMC’s new episodic anthology Soulmates. New episodes of The Walking Dead: World Beyond and Soulmates will be available on AMC+ every Thursday, ahead of the linear premieres on Sundays at 10pm ET/8c and Mondays at 10pm ET/9c, respectively. As previously announced, the critically acclaimed first season of Gangs of London and the four-part limited series The Salisbury Poisonings will also make their debut on AMC+ on October 1.

The Walking Dead: World Beyond expands the universe of The Walking Dead, delving into a new mythology and story that follows the first generation raised in a surviving civilization of the post-apocalyptic world. Two sisters along with two friends leave a place of safety and comfort to brave dangers, known and unknown, living and undead on an important quest. Pursued by those who wish to protect them and those who wish to harm them, a tale of growing up and transformation unfurls across dangerous terrain, challenging everything they know about the world, themselves and each other. Some will become heroes. Some will become villains. But all of them will find the truths they seek. The Walking Dead: World Beyond is executive produced by Scott M. Gimple, Showrunner Matt Negrete, Brian Bockrath, Robert Kirkman, Gale Anne Hurd and Dave Alpert, and is produced by AMC Studios.

From AMC Studios, Soulmates is set fifteen years into the future, when science has made a discovery that changes the lives of everyone on the planet – a test that unequivocally tells you who your soulmate is. In a first-ever format for AMC, each of the six episodes will feature a different cast and explore an entirely new story around discovering (or opting not to discover) the results of this new test and the impact of those results on a myriad of relationships. The series stars Sarah Snook (Succession), Kingsley Ben-Adir (The OA, High Fidelity), David Costabile (Breaking Bad, Billions), Sonya Cassidy (Lodge 49, Humans), Charlie Heaton (Stranger Things), Malin Akerman (Billions, Dollface), Bill Skarsgård (Clark, Castle Rock), Betsy Brandt (Breaking Bad, Life in Pieces), JJ Field (Turn), Darren Boyd (Killing Eve), Dolly Wells (Can You Ever Forgive Me?), Karima McAdams (Deep State), Laia Costa (Victoria), Shamier Anderson (Goliath), Georgina Campbell (Black Mirror), Henry Goodman (The New Pope), Sofia Oxenham (Poldark), Nathan Stewart-Jarrett (Candyman), Sandra Teles (Black Mirror: Bandersnatch), Letty Thomas (Emma) and Adam El Hagar (Tyrant), among others.

Will Bridges and Brett Goldstein are co-creators and executive produce with Jolyon Symonds through Fearless Minds, a Banijay Group company (Thorne series for Sky One, Complicit). Bridges and Goldstein previously created the short film For Life, which serves as the basis for this new, original series.

First three hours drop on AMC+ on Thursday, October 1 (episodes will then roll out weekly); debuts on AMC early next year

Gangs of London’s critically acclaimed first season was a huge success in the UK as it took audiences on an immersive journey into the hidden heart of the capital. The 10-episode first season of the action-packed thriller debuts on AMC+ this fall for US audiences and has been renewed for a second season with the network on board to co-produce.

Set in the heart of one of the world’s most dynamic and multicultural cities, Gangs of London tells the story of a city being torn apart by the turbulent power struggles of the international gangs that control it and the sudden power vacuum that’s created when the head of London’s most powerful crime family is assassinated. The series stars a multi-talented ensemble cast including Joe Cole (Peaky Blinders, Pure, Black Mirror), Ṣọpẹ́ Dìrísù (Humans), Colm Meaney (Star Trek, Hell on Wheels, Layer Cake), Lucian Msamati (His Dark Materials, Black Earth Rising, Kiri), Michelle Fairley (Game of Thrones, Suits) Paapa Essiedu (Press, Kiri) and Pippa Bennett-Warner (MatherFatherSon, Harlots, Sick Note).

For 20 years, Finn Wallace (Meaney) was the most powerful criminal in London. Billions of pounds flowed through his organization each year. But now he’s dead – and nobody knows who ordered the hit. With rivals everywhere, it’s up to the impulsive Sean Wallace (Cole), with the help of the Dumani family headed by Ed Dumani (Msamati), to take his father’s place. If the situation wasn’t already dangerous enough, Sean’s assumption of power causes ripples in the world of international crime. Perhaps the one man who might be able to help him and be his ally is Elliot Finch (Dìrísù), who up until now, has been one of life’s losers, a lowlife chancer with a mysterious interest in the Wallace family. But as the wind of fate blows, Elliot finds himself transported to the inner workings of the largest criminal organization in London. It doesn’t end with the Wallaces though, there are shadowy higher powers at play.

Gangs of London is created by award-winning filmmaker Gareth Evans and his creative partner Matt Flannery and is produced by Pulse Films in association with SISTER, with AMC serving as co-producer. The series was executive produced by Pulse Films’ founder Thomas Benski, and Lucas Ochoa alongside Jane Featherstone, from SISTER.

All four episodes drop on AMC+ on Thursday, October 1; debuts on AMC early next year

AMC is home to some of the most popular and acclaimed programs on television. AMC was the first basic cable network to ever win the Emmy® Award for Outstanding Drama Series with Mad Men in 2008, which then went on to win the coveted award four years in a row, before Breaking Bad won it in 2013 and 2014. The network’s series The Walking Dead is the highest-rated series in cable history. AMC’s current original drama series are Better Call Saul, , Fear the Walking Dead, Soulmates, The Walking Dead, The Walking Dead: World Beyond and the forthcoming 61st Street, Kevin Can F*** Himself andPantheon. AMC also explores authentic worlds and discussion with original shows like Talking Dead, AMC Visionaries and Ride with Norman Reedus. AMC is owned and operated by AMC Networks Inc. and its sister networks include IFC, SundanceTV, BBC America and WE tv. AMC is available across platforms, including on-air, online, on demand and mobile.