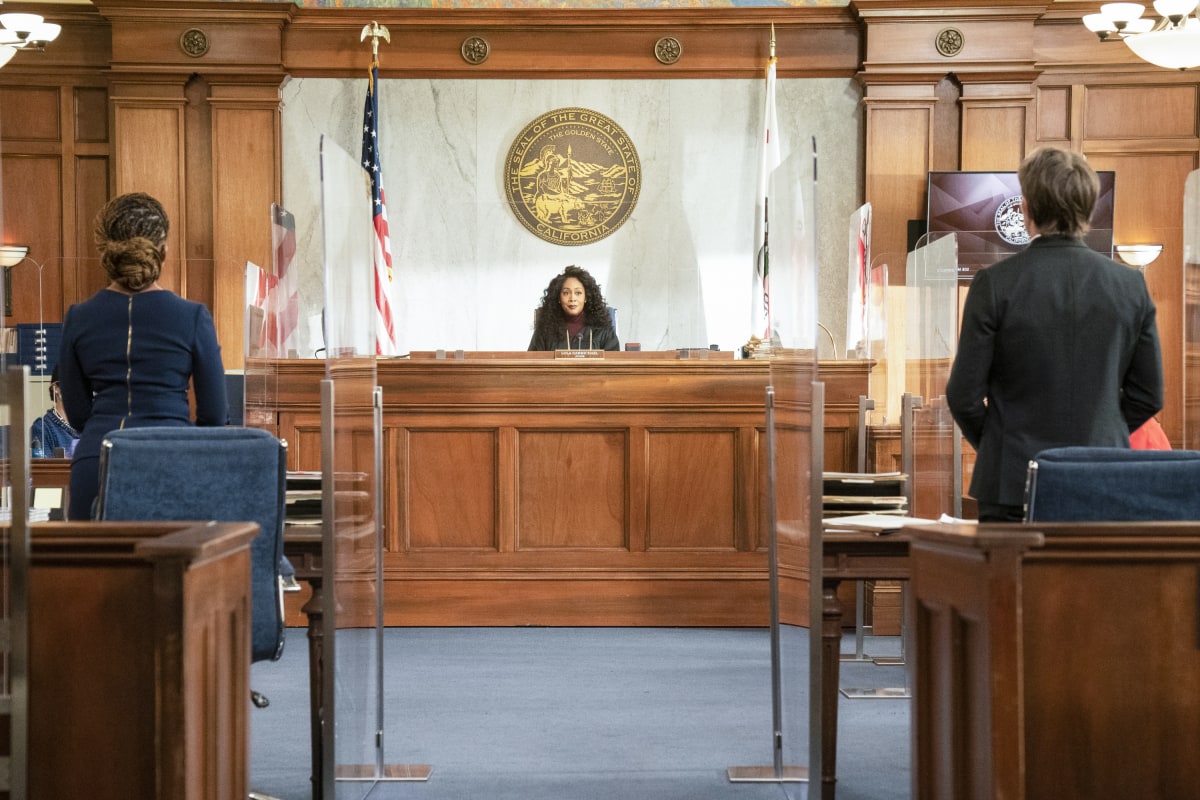 ALL RISE Season 2 Episode 1 Photos A Change Is Gonna Come – “A Change Is Gonna Come”– Lola and Mark try to rebuild their friendship after Mark witnessed Lola being detained during a protest while defending a teen girl, amid an escalating encounter with police, on part one of a two-part second season premiere of ALL RISE, Monday, Nov. 16 (9:00-10:00 PM, ET/PT), on the CBS Television Network. Through a series of flashbacks, details emerge surrounding the night of the protest as well as the long-lasting effects they have on Lola, Mark, Emily, Luke and everyone else involved. Also, to help with the court backlog due to closures caused by COVID-19, Lola hires Ness Johnson (Samantha Marie Ware), a bright, outspoken legal clerk who immediately clashes with Sherri.