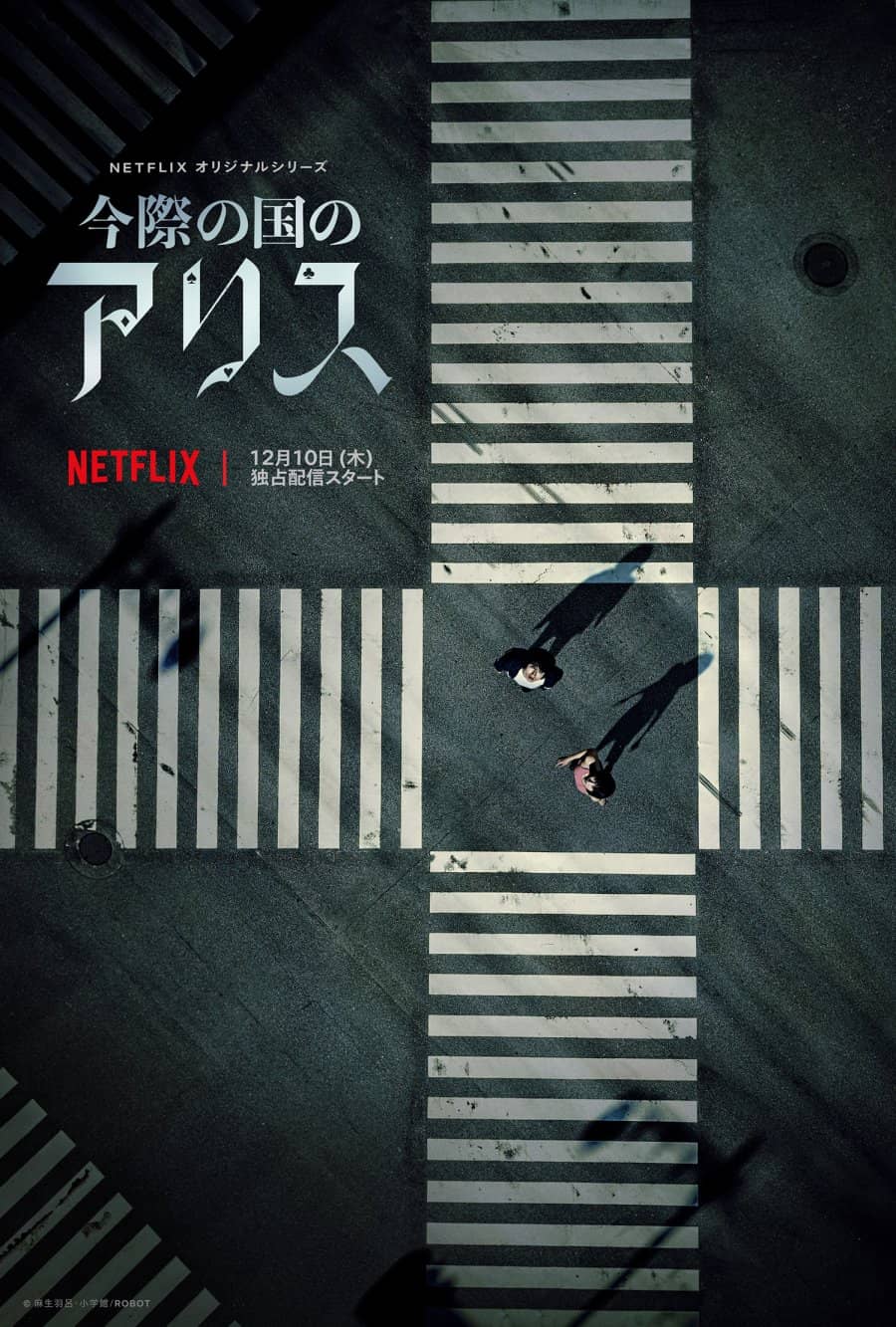 Arisu—a listless, jobless and video-game-obsessed young man—suddenly finds himself in a strange, emptied-out version of Tokyo in which he and his friends must compete in dangerous games in order to survive. In this strange world, Arisu meets Usagi, a young woman who’s navigating the games alone. Together, they set out to unravel one mystery after another as they risk their lives and confront what it means to live.

Based on: The original graphic novel “Imawa no Kuni no Alice” by Haro Aso published by Shogakukan Inc.